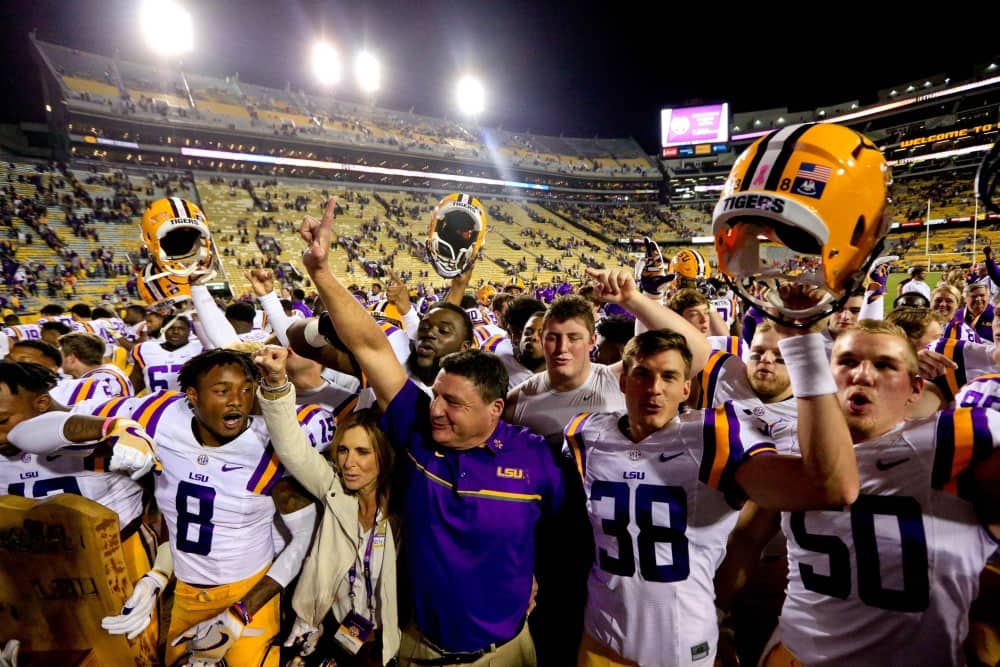 We’re changing the order of things a bit this week! We’ll still have the same six games as always, but to celebrate the success (if only you could hear the sarcastic laughter as I write this) of our new podcast feature, the first three games this week are available on the podcast! All you need to do is click the handy play button below!

(In all seriousness, thanks to those of you who have reached out to tell me they like this feature. Please let me know what you think, even if you hate it. If you hate it, I may just blame it on Eric’s SEC piece, or something.)

This week’s trivia question can also be heard on the podcast! Of course, if you want to pick the games alongside us, you can still do that by clicking here.

And now, for the rest of this week’s games…

Print that, tweet that, whatever: Florida needs a win to hold off Kentucky (!?) atop the SEC East. Arkansas needs one to become bowl-eligible. Lots at stake here.

Print that, tweet that, whatever: Nebraska has a one-game lead in the West over four schools (MIN, WIS, IA, NW). A loss to Ohio State here, and all hell breaks loose.

Print that, tweet that, whatever: The common wisdom seems to indicate that Orgeron gets the full-time gig at LSU if the Tigers win here. Heck of an audition, no?

(Note: Non-Saturday games are not eligible for inclusion in the weekly Clear Your Schedule feature.)

I’m sure you are right about Orgeron will lose the “interim” title if LSU wins but I think that is a very long shot. Even though LSU averaged 536 yards and 42 points per game in his three games as head coach, they played three very inferior teams. I am a diehard Tiger fan, but sorry, it ain’t gonna happen. Nothing could make me happier than getting a ton of emails on Sunday morning telling me how stupid I am.

I don’t think Orgeron is the guy, if so it will be just because Les left him with a bunch if great players. It would not last, LSU needs a high profile coach.