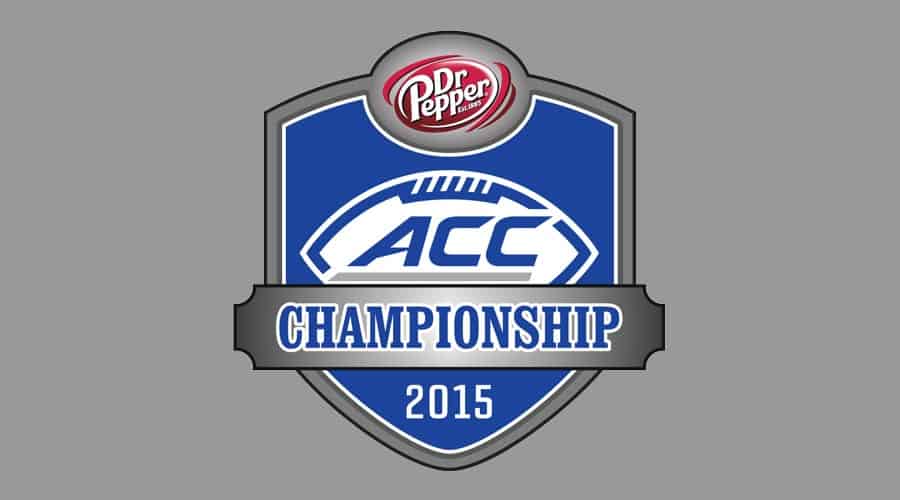 Another first-time matchup in the ACC title game. The game most ACC fans wanted to see for the last few weeks, and the game that some were worried might not happen. We’ve heard all of the run-up, of course: “Clemson barely got past the worst team in the SEC”, “North Carolina lost to the worst team in the SEC”, “North Carolina hasn’t played anyone”, and all the other tired narratives. At the risk of regurgitating everything you’ve already heard, let’s just move on to breaking down the game. Before we do, though, it’s trivia time!

ACC Trivia, Championship Edition (answer at the end of the column): In what year did Clemson and North Carolina last meet in which both teams were ranked, and, since this is a site devoted to scheduling, what was unique about Clemson’s schedule that year?

Info guide: These two teams haven’t played each other this year, as we know. In fact, the split into two divisions in the ACC has ensured that this will only be the ninth meeting between the schools since the beginning of the 2000 season. Clemson is 6-2 in the previous eight, but the only meeting from which we can really draw any conclusion occurred last year. The Tigers beat the Tar Heels in a 50-35 shootout last year — a game in which both quarterbacks put up similar huge numbers (Carolina’s Marquise Williams went 24-for-38 for 345 yards with four scores and a rip, while Clemson’s Deshaun Watson was 27-for-36 for 435 yards and six touchdowns and a pick). One stat that is virtually assured not to repeat itself rests in the Clemson backfield. Tiger running back Wayne Gallman carried just once in last year’s contest, gaining four yards. Gallman’s club rushed 44 times for 92 yards, while Carolina gained just 84 on 30 carries.

We appear to be in for much the same this year, as the league’s top two offenses (separated by just shy of seven yards per game) tee it up in prime time in Charlotte. Clemson’s passing offense ranks 13th in the league (198.4 yards per game), but that number is slightly skewed by the Tigers’ 84-yard effort in a monsoon against Notre Dame. Since that game, the only contest in which the Tigers passed for fewer than 279 yards was their 58-0 thrashing of Miami several weeks ago.

The number that has to really scare Carolina on defense, though, is their average against the rush. The Tar Heels rank 105th nationally against the run, surrendering over 208 yards per game. Gallman has run for 1145 yards and nine scores — tying Watson for the team lead — and the Tigers have cracked the 200-yard mark on the ground in nine of 12 contests this season. North Carolina has allowed seven opponents to exceed 200 yards this year, including both Duke and NC State going over 300 apiece in the last month.

Clemson fields a top-25 defensive unit by every measure, while only passing offense (266 yards per game, 33rd) falls outside of that realm for the Tar Heels. The Tigers, however, have allowed 322 yards or greater in four of their last five, and have quite the hassle on their hands in trying to contain dual-threat quarterback Marquise Williams. Williams has accounted for 3391 yards of total offense this season, including 1240 over the last month. The Tigers have three players in the top 15 in the ACC in sacks, led by Shaq Lawson’s 8.5, and even if they can get upfield and cause pressure on Williams, Clemson’s secondary and linebackers, including punisher Ben Boulware, will need to be on high alert for receivers breaking free as coverage extends.

One other minor note: North Carolina ranks third in the league in turnover margin (0.75), while Clemson ranks tenth with a minus-.25 margin per game. The Tigers have been minus-six in their last three games in the turnover battle. Carolina, on the other hand, has been in the negative in just three contests this year, with the two more notable being their minus-three in their season-opening loss to South Carolina and minus-two in their last game against NC State.

Print that, tweet that, whatever: This game has all the makings of yet another drama-filled offensive battle. Both teams have sizeable chips on their shoulders.

Trivia answer: I asked earlier: In what year did Clemson and North Carolina last meet in which both teams were ranked, and, since this is a site devoted to scheduling, what was unique about Clemson’s schedule that year?

13th-ranked Clemson clipped 18th-ranked North Carolina in Death Valley on November 6, 1982. The Tigers closed that season — they were ineligible for a bowl game due to NCAA sanctions — with a game against Wake Forest in Tokyo. Clemson defeated Wake Forest 21-17 in what was dubbed the Mirage Bowl.

Thanks for reading along this year, everyone! See you again during bowl season!