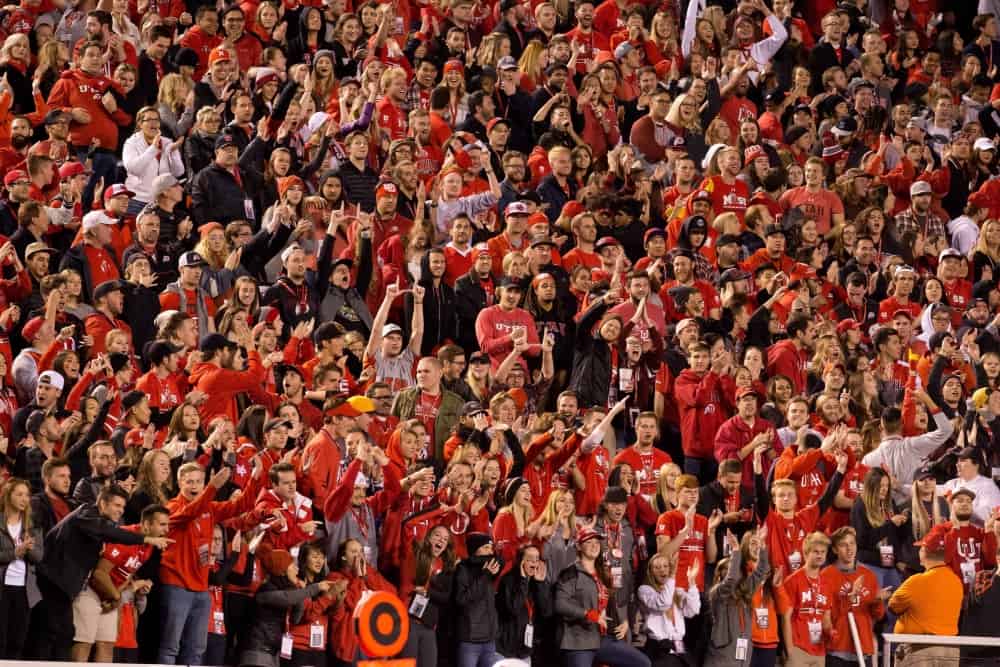 Lots of red will be on display in Salt Lake City for a key Pac-12 showdown Saturday. (Russ Isabella-USA TODAY Sports)

Hello again, friends! After a week’s vacation to rest, revitalize and whatever else it is we do here, Clear Your Schedule is back for the college football season’s stretch run! I’ve spent the better part of the last week preparing for college basketball coverage, so let’s step away from the so-called “shootyhooops” and back to the gridiron.

Remember, if you want to place your picks up against everyone else’s this week, you can do so by clicking this handy little link.

Trivia: We’ve again included this week’s trivia question as part of the new audio feature, so listen away, listen-awayers!

Note: #25 Virginia Tech at Pittsburgh and #22 Navy at South Florida are not eligible for this piece, as they play on Thursday and Friday, respectively.

Williams would go on to play at Santa Monica College before transferring to Utah. The junior has completed 128-of-229 throws for 1725 yards for the Utes, notching seven scores and five picks.

Print that, tweet that, whatever: Both teams really need a win to hold the teams chasing them at bay. Utah’s home field could loom large in this one.

Print that, tweet that, whatever: Wisconsin is tough to beat at Camp Randall at night. Nebraska could make hay with wins here and at Ohio State, though.

When Clemson plays FSU on 10-29 it will be meeting of teams who are 63-12 over the last 6 years. Only Alabama has more wins in that period.

Print that, tweet that, whatever: Make note of which Clemson team shows up. FSU’s defense has struggled, and Clemson needs to capitalize to keep FSU at bay.

For the rest of this week’s games, click Play below!