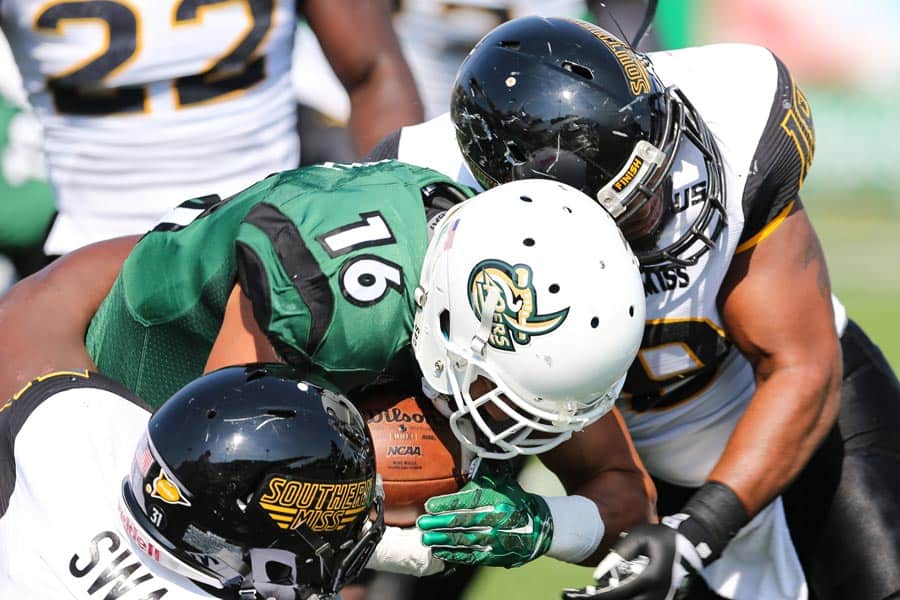 The Charlotte 49ers have completed their 2019 non-conference football schedule, the school announced today.

Charlotte will open the 2019 season at home at Jerry Richardson Stadium against the Gardner-Webb Bulldogs on Aug. 31. The two schools have met twice on the gridiron. The 49ers won 53-51 at home in 2013, but fell 27-24 on the road the following season.

The following week on Sept. 7, Charlotte travels to take on the Appalachian State Mountaineers. That meeting will be the second between the two schools on the football field following a matchup in Boone in 2018.

Charlotte returns home on Sept. 14 to host the UMass Minutemen. The matchup will also mark the second meeting between the two schools after a 2018 contest at UMass.

The final non-conference game of 2019 for Charlotte is a trip to take on the Clemson Tigers on Sept. 21. That meeting will be the first between the two schools on the gridiron.

Charlotte also confirmed today two future football series with Big Ten opponents that we previously reported. The 49ers will host Maryland in 2022 and travel to take on the Terrapins in 2023. In both 2022 and 2023, Charlotte will visit Indiana.

The 2016 season will be the first for the Charlotte 49ers as a full member of Conference USA after joining in 2015. In their first three seasons of football, Charlotte has an overall record of 12-22.

Has ole miss released the date of their spring game yet? Because I didn’t see it listed on your tweet about dates of SEC spring games.

I think this is the first time I’ve seen a photo of UNCC football, those are some nice unis.

No game due to stadium renovations.