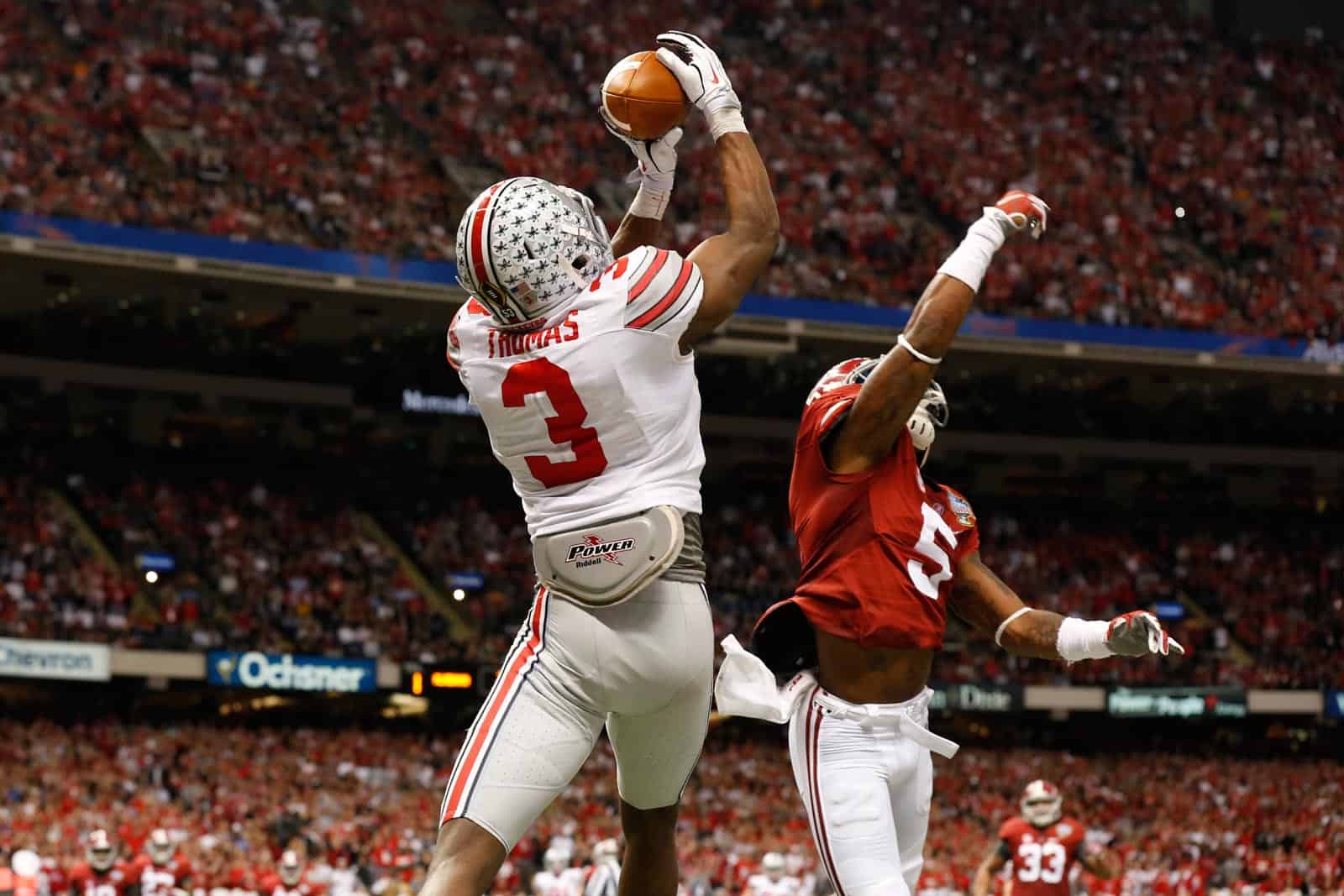 With a combined record of 17-0, it’s difficult to find major flaws in either (1) Alabama or (3) Ohio State’s statistical resumes. Seriously, these are the same guys that – together – scored 882 points vs. their opponents’ 382. That’s a 500-point difference.

Despite the lack of a string of narrow misses, a small number of teams got closer to upsetting the Tide and Bucks than did others. And those matchups, when combined, paint a picture. Though not a study in realism, they leave an impression, providing a hint of which factors, if combined, could result in not only a win, but in a national championship.

3 KEYS FOR AN ALABAMA WIN

Alabama’s defense – ranked No. 13 nationally vs. the run – gave up more than one rushing TD in only three of its 12 outings this season. The Tide allowed a season-high four in it’s 63-48 win at Ole Miss, three in it’s six-point victory vs. (7) Florida in the SEC title game and two in it’s 31-14 win over (4) Notre Dame in the CFP semifinal. It’s no coincidence that these were also their three narrowest margins of victory in 2020.

Ohio State is ranked No. 5 nationally in rushing offense, it’s scored two-plus rushing TDs in all but two of its seven appearances this year – managing just one at Penn State and one in the CFP semifinal blowout vs. (2) Clemson.

Hold Ohio State to under 50% on third down

3 KEYS FOR AN OHIO STATE WIN

Ohio State’s defense has only given up more than two passing TDs twice this season – three in it’s 38-25 win at Penn State and a season-high five in it’s 42-35 near miss vs. Indiana. It held (2) Clemson (which has scored three-plus on five occasions in 2020) to two passing TDs, Rutgers to one and then held Nebraska, Michigan State and (14) Northwestern to zero such scores.

Alabama’s offense is currently ranked No. 5 in the FBS in passing yards per game. It’s managed two-plus passing TDs on eight occasions (five of these were four-plus) including hanging up a season high five on both Auburn and (7) Florida (in the SEC title game).

Ohio State QB Justin Fields didn’t throw a single interception in four of his seven appearances this season including a perfect three-game run to open the year. Since then, he’s thrown a pick in three of his last four games – a season-high three in the 7-point win vs. (11) Indiana, two in the 12-point win over (14) Northwestern in the Big Ten title game and then one in the blowout win over (2) Clemson in the CFP semifinal.

Alabama’s defense has logged 12 interceptions in 2020 (tied for No. 17 in the FBS). It’s managed two-plus picks on four occasions and has three players with multiple interceptions this year – freshman DB Malachi Moore (#13) (who did not appear in the CFP semifinal vs. Notre Dame), freshman DB Brian Branch (#14) and junior DB Daniel Wright (#3).