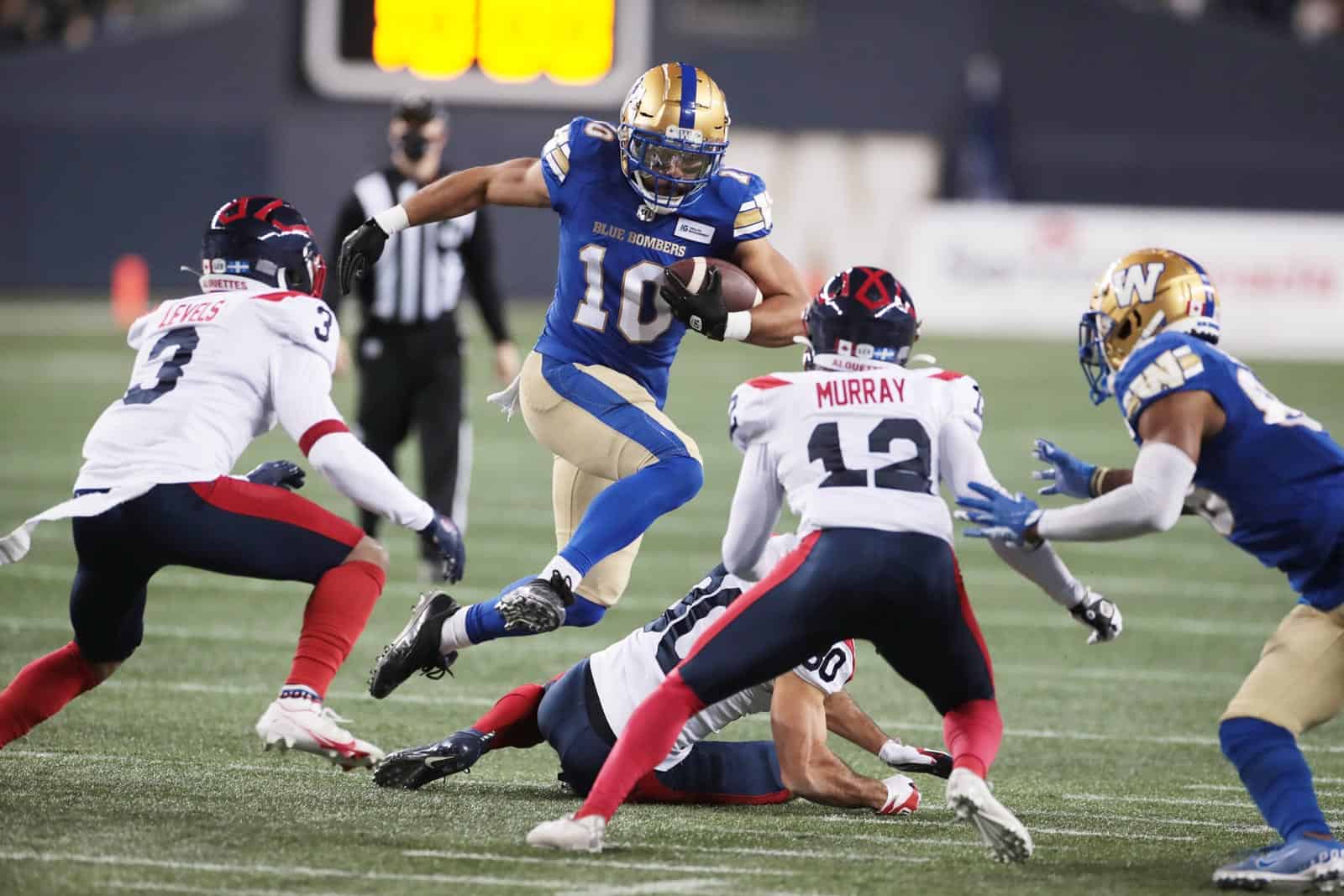 The 2021 CFL Playoff Schedule has been set following the completion of the regular-season on Saturday.

Following a 63-game regular-season, six teams advanced to the 108th Grey Cup Playoffs for the right to win the championship of the Canadian Football League.

The Montreal Alouettes (7-7) will travel to take on the Hamilton Tiger-Cats (8-6) at Tim Hortons Field in Hamilton, Ontario, in the Eastern Semi-Final on Sunday, Nov. 28, 2021. The game will be televised in the United States by ESPN2 at 1:00pm ET.

In the Western Semi-Final, the Calgary Stampeders (8-6) will travel to face the Saskatchewan Roughriders (9-5) at Mosaic Stadium in Regina, Saskatchewan, also on Sunday, Nov. 28. The game will be televised at 4:30pm ET by ESPNews.

Toronto will host the Eastern Final on Sunday, Dec. 5 at 12:30pm ET, while the Western Final featuring Winnipeg will follow at 4:00pm ET. Both games will air on ESPNews.

I realize many will say “It’s only the Canadian Football League”.

The 1st Grey Cup 1913, Wow, the Canadians have deep Football Roots.
Most Importantly, the CFL has stayed financially viable when so many nonNFL Leagues in the US have lived & died their short Lives.

I find it interesting that the 2 Sports with Strong Canadian Pipelines are both heavy Contact Sports, Football & Ice Hockey.

It’s very annoying that I have to pay to watch CFL games. The TV guide carries dozens of games stateside but I have no interest in U.S. football.