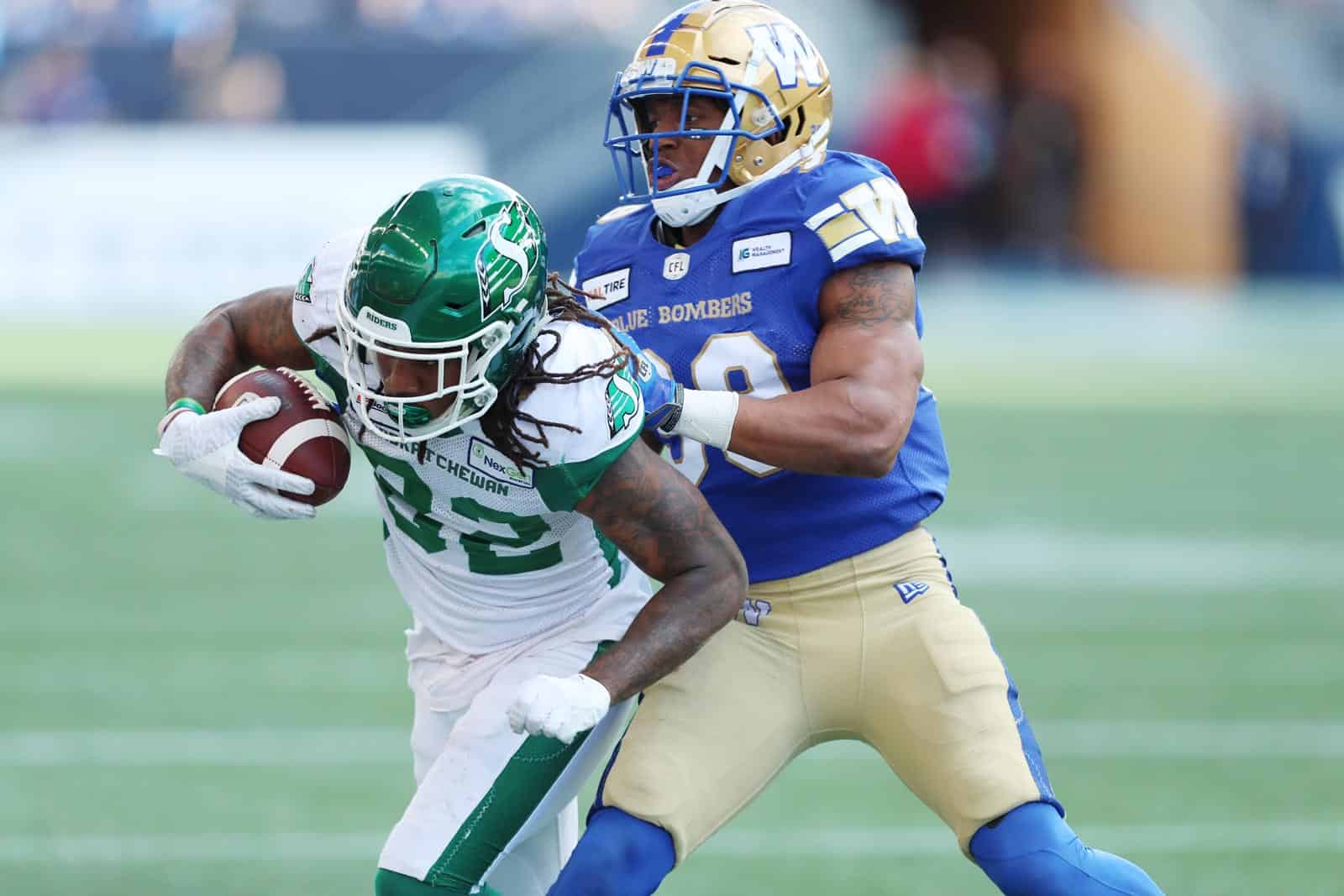 The Division Final matchups of the 2019 CFL Playoff Schedule has been set following the completion of the two Semi-Final contests on Sunday.

In the Eastern Semi-Final, the “crossover” Edmonton Eskimos traveled to Montreal, Quebec, and defeated the Montreal Alouettes 37-29 at Molson Stadium. Running back C.J. Gable and quarterback Trevor Harris led the offensive attack for the victorious Eskimos.

The Western Semi-Final featured the Calgary Stampeders hosting the Winnipeg Blue Bombers at McMahon Stadium in Calgary, Alberta. Winnipeg scored 27 points and held the Stampeders scoreless over the final 30 minutes of play en route to a 35-14 victory.

Edmonton will now travel to take on the Hamilton Tiger-Cats in the Eastern Final on Sunday, Nov. 17 at Tim Hortons Field in Hamilton, Ontario. The game will be televised by ESPNews at 1:00pm ET.

The Western Final, also on Sunday, Nov. 17, will feature the Saskatchewan Roughriders hosting the Winnipeg Blue Bombers at Mosaic Stadium in Regina, Sakatachewan. The game will begin at 4:30pm ET and it will be televised by ESPN2.