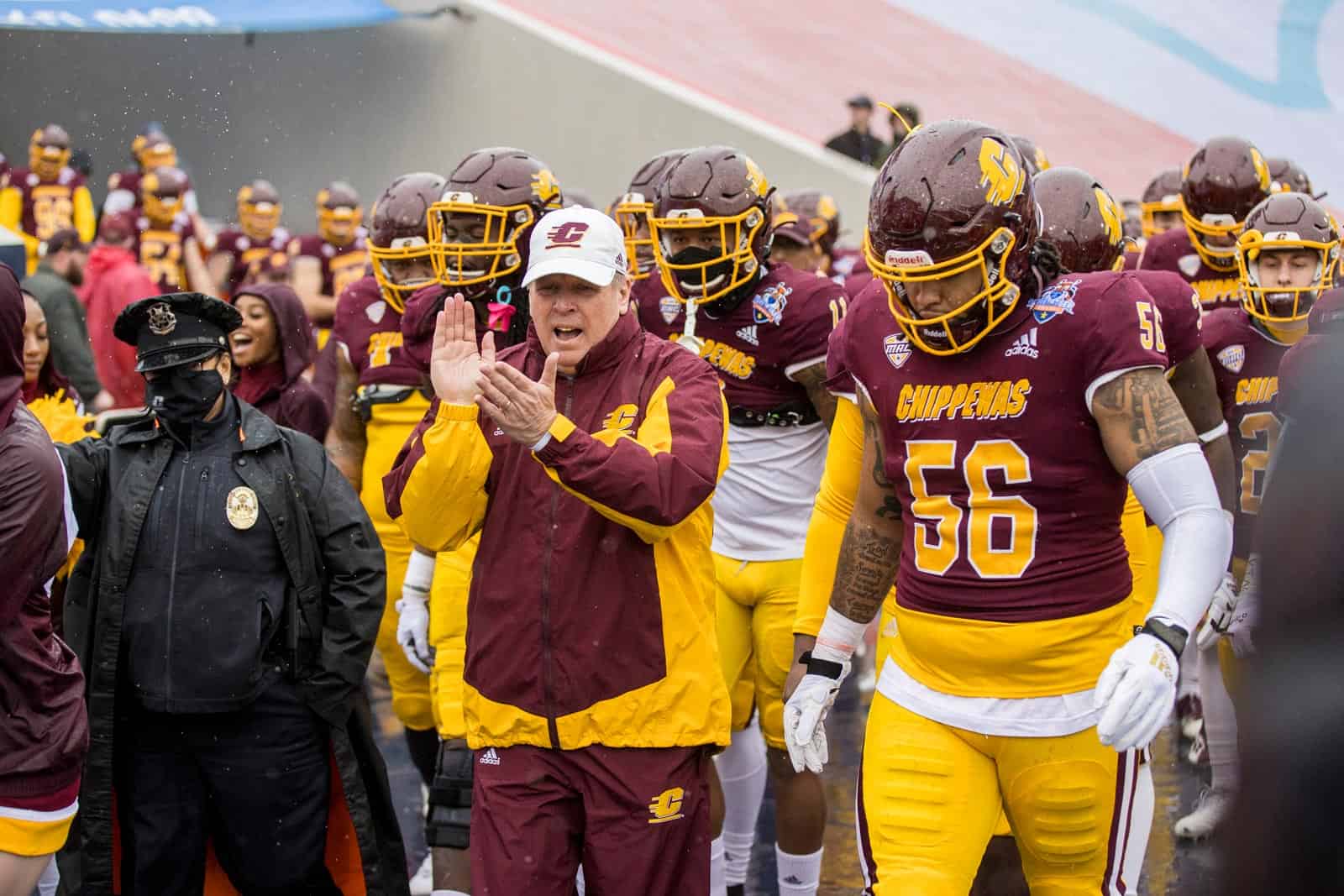 The Central Michigan Chippewas have added the Bucknell Bison to their 2022 football schedule, FBSchedules.com has learned.

A copy of the football game contract with Bucknell University was obtained from Central Michigan University via a state Freedom of Information Act request.

Central Michigan will host Bucknell at Kelly/Shorts Stadium in Mount Pleasant, Mich., on Saturday, Sept. 17, 2022. The Chippewas will pay the Bison a $350,000 guarantee for playing the game, according to the copy of the contract.

The 2022 Central Michigan-Bucknell contest will mark the first-ever meeting between the two schools on the gridiron.

Bucknell is a member of the Patriot League in the Football Championship Subdivision (FCS). The Bison finished the 2021 season 1-10 overall and 0-6 in Patriot League action.

The addition of Bucknell tentatively completes the non-conference schedule for Central Michigan in 2022. The Chippewas are scheduled to open the season on the road at the Oklahoma State Cowboys on Sept. 3. CMU will also play host to the South Alabama Jaguars on Sept. 10 and will travel to face the Penn State Nittany Lions on Sept. 24.

Bucknell now has three non-conference opponents for their 2022 slate. The Bison are scheduled to open the season at home against the Towson Tigers on Sept. 3 before traveling to play the VMI Keydets on Sept. 10.