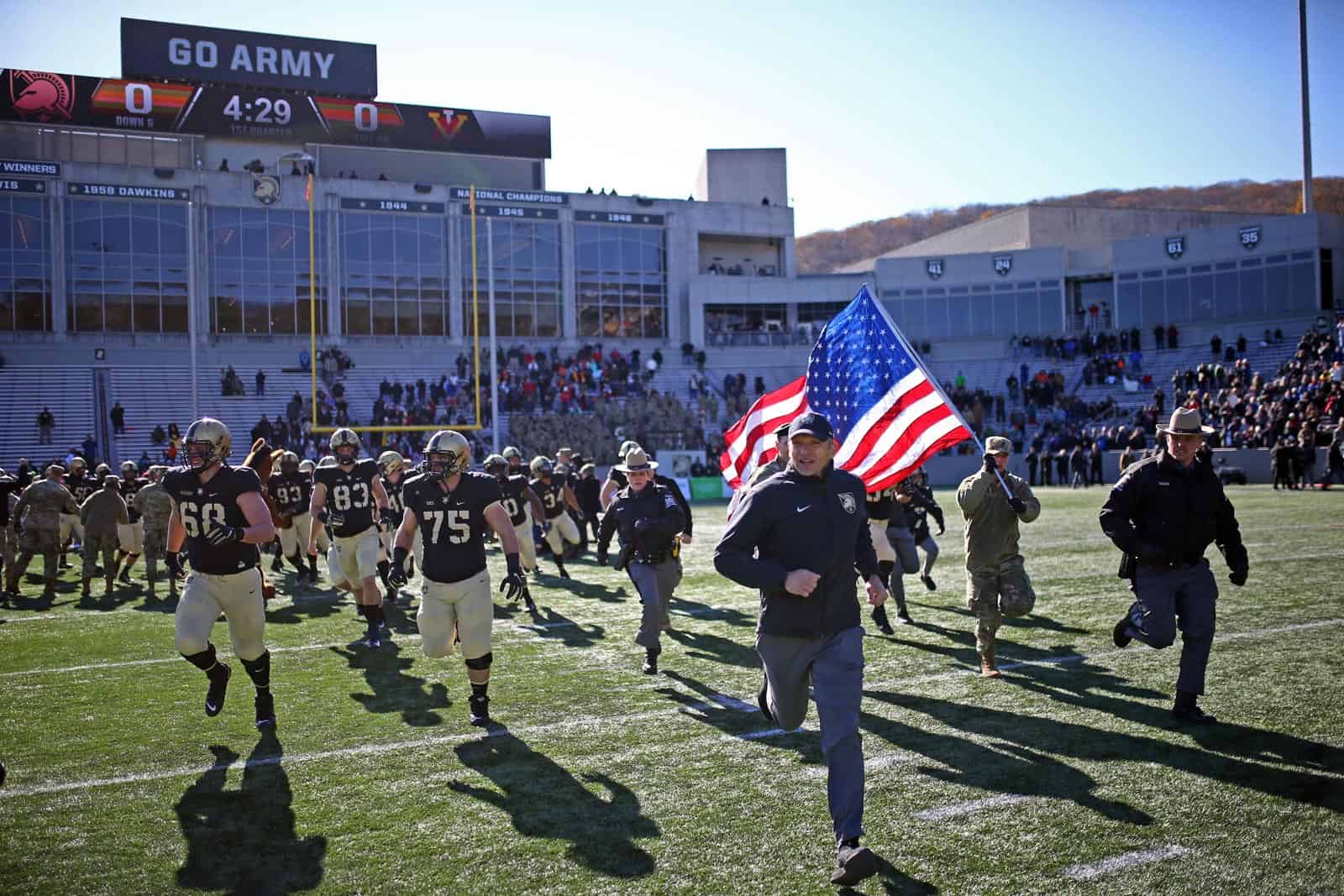 CBS Sports and Army West Point have agreed to a multi-year year contract extension through the 2028 season, it was announced on Wednesday.

The extension ensures that all Army Black Knights home football games will be broadcast on CBS Sports Network over the next eight seasons.

“We are proud to remain the television home for Army football and extend our partnership with West Point,” said Dan Weinberg, Executive Vice President, Programming, CBS Sports. “Army has been an incredible partner over the years and we are excited to continue showcasing the great tradition of Army football both on and off the field.”

This season, Army will be featured in eight television broadcasts on the CBS networks. All six home games at Michie Stadium in West Point, N.Y., will be televised by CBS Sports Network (WKU, UConn, Miami OH, Wake Forest, Bucknell, and UMass), while the Commander-in-Chief’s Trophy games against Air Force and Navy will both be broadcast by CBS Television Network. CBS’ deal for the annual Army-Navy Game also extends through the 2028 season.

“We are excited to announce the multi-year extension of our partnership with CBS Sports as the home for Army football. The national coverage and reach that CBS provides our football program and the way they tell the stories of our cadet-athletes is world class. The coverage our program gets nationally through this partnership is unprecedented. We value this relationship and want to thank Dan Weinberg and everyone at CBS for their dedication to Army football,” said Army West Point Director of Athletics Mike Buddie.

The Army Black Knights are scheduled to open the 2021 season on Saturday, Sept. 4 on the road against the Georgia State Panthers at Center Parc Stadium in Atlanta, Ga. The game will be televised by ESPNU at noon ET.

Army/Navy over Clemson/Georgia? The author must come from a military family.

I’m from a military family and my team is also Georgia, so I’m also conflicted on that ranking!

is CBS even doing football anymore after losing SEC deal?