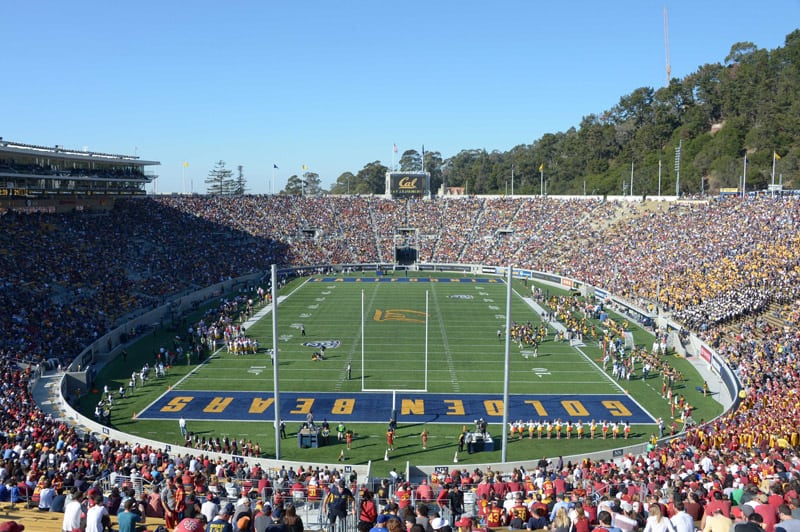 The California Golden Bears have scheduled future football series against the UNC Tar Heels and the TCU Horned Frogs, the schools each announced today.

Cal will travel to take on North Carolina in Chapel Hill on Sept. 2, 2017. The Golden Bears will host the second and final game of the series at California Memorial Stadium in Berkeley on Sept. 1, 2018.

Cal will host the first game of the TCU series in Berkeley on Sept. 5, 2020. The Golden Bears will then travel to face the Horned Frogs at Amon G. Carter Stadium in Fort Worth, Texas on Sept. 11, 2021.

“We are excited to be able to add a pair of quality opponents to our upcoming football schedule,” Cal Interim Director of Athletics Mike Williams said. “We want to provide our student-athletes with the opportunity to play teams that compete on a high level nationally, and both North Carolina and TCU fit that objective. We also believe our fans will appreciate being able to see new opponents visit Berkeley where we can showcase the campus and California Memorial Stadium.”

The California Golden Bears have never met the North Carolina Tar Heels or the TCU Horned Frogs on the gridiron.

California now has two non-conference games scheduled for the 2017 season. The Golden Bears also travel to BYU on Sept. 16. Contests against UNC in 2018 and TCU in 2020-21 are the first scheduled for each season.

For North Carolina, the Cal series in 2017-18 replaces a previously scheduled series with Ohio State. Per their release, the Ohio State series was canceled due to the Big Ten moving to a nine-game schedule.

TCU’s games vs. Cal in 2020 and 2021 are the first announced non-conference games for the Horned Frogs for both seasons.

The BYU game game will be switched to home somehow. No major conf school plays less than 6 home games. Usually they play 7, 6 and a neutral or rarely 6 pure home games.

More likely that the game at BYU gets moved to a different year and Cal adds two home games for ’16, one of them vs. a FCS team.

I am excited about going to Berkley and violating Cal’s “safe space”. Trigger warning….we are going to destroy them. Go Frogs!