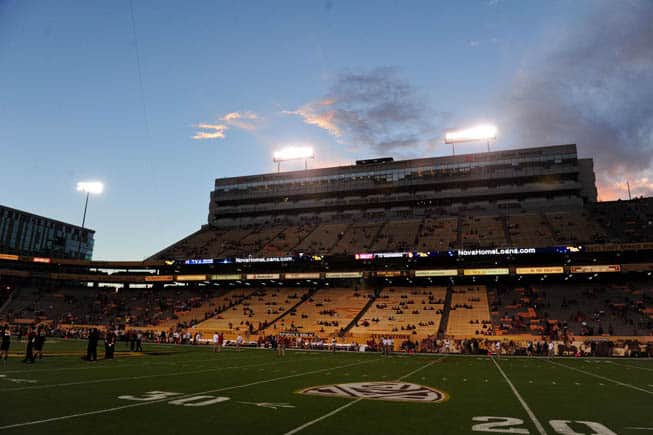 The Cactus Bowl is the new name for the annual postseason college football bowl game played in Tempe, Arizona, the Valley of the Sun Bowl Foundation announced today.

“Our new name represents an iconic symbol for the state of Arizona,” said Mike Nealy, Cactus Bowl Executive Director. “The name will also resonate with the thousands of fans traveling to the Southwest to experience our great bowl game and unmatched hospitality.”

The Cactus Bowl is the 7th name for the bowl game. Here is a look at the prior names: