BYU to play at Boise State in November as originally scheduled 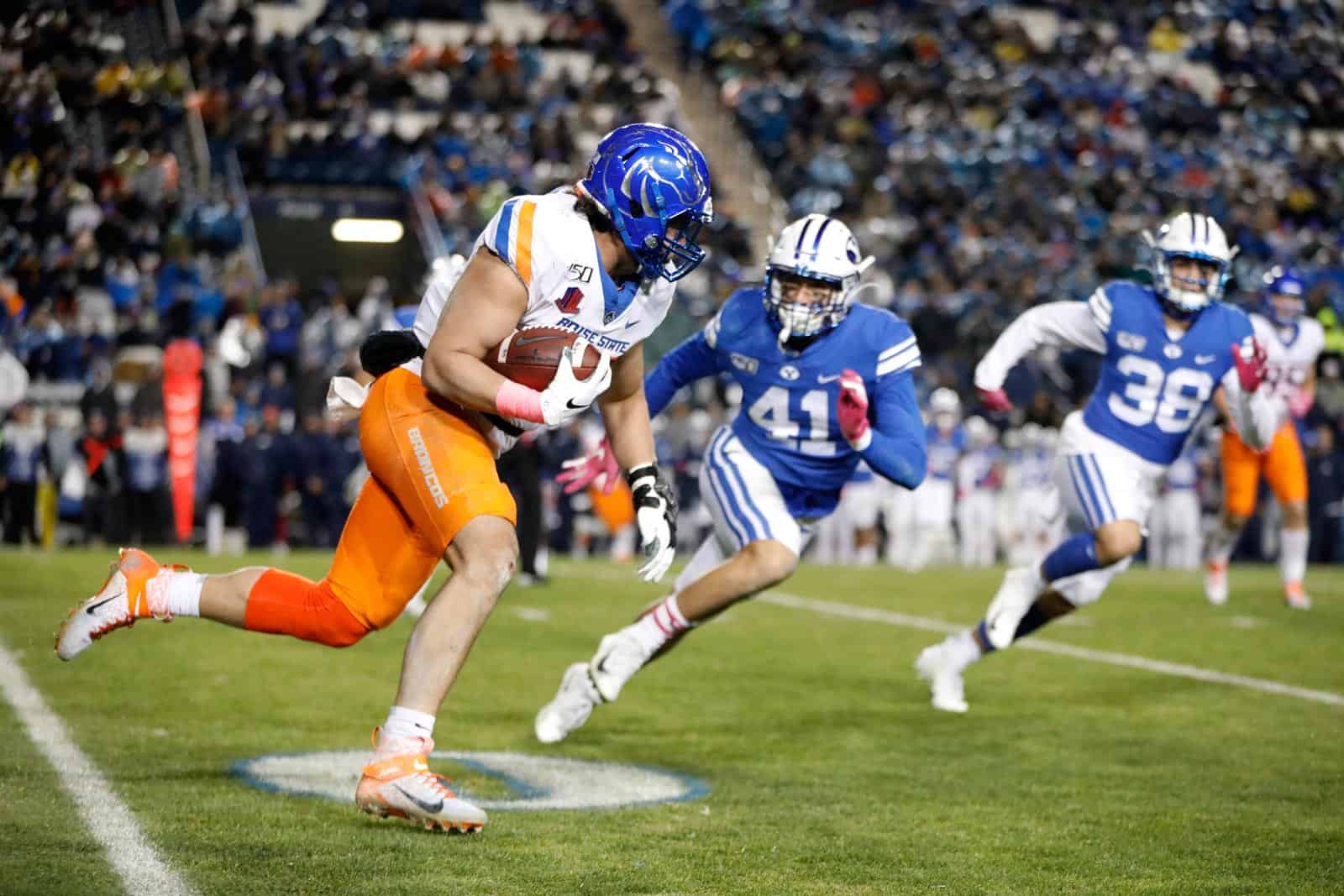 The BYU Cougars will play at the Boise State Broncos in November, the school announced on Thursday.

BYU will travel to take on Boise State at Albertsons Stadium in Boise, Idaho, on Saturday, Nov. 7, 2020. The two schools were originally scheduled to play on that weekend, but the game was postponed when the Mountain West decided not to play fall sports due to the novel coronavirus 2019 (COVID-19) pandemic.

The Mountain West announced their return last week, which was followed by the release of their revised football schedule on Thursday.

“The annual game between BYU and Boise State has become a much-anticipated regional rivalry between two universities with great football traditions,” said BYU Director of Athletics Tom Holmoe. “We are pleased the Mountain West Conference determined to play football in 2020 and worked with Boise State to allow this previously scheduled non-conference game to be played.”

BYU and Boise State first met on the gridiron in 2003 and have played 10 games overall. In their most recent matchup last season, BYU defeated Boise State 28-25 in Provo, Utah, but the Broncos still lead the overall series 7-3.

Boise State is the tenth opponent on BYU’s 2020 football schedule, which was completely rebuilt due to postponements and cancellations. The Cougars were scheduled to play at Army on Sept. 19, but the game was postponed and has yet to be rescheduled.

Both of these 2 schools are a natural fit for the Pac 12. The problem being that the Pac 12 academic requirements are too strict to admit them and the political considerations are the big elephant in the room. Also BYU’s refusal to play on Sundays complicates scheduling for basketball and some of the minor sports.

Actually I’ve heard BYU’s academics are on-par or higher than many of the Pac-12 schools. So it must be another component. If it’s Sundays, I respect them for sticking to that.