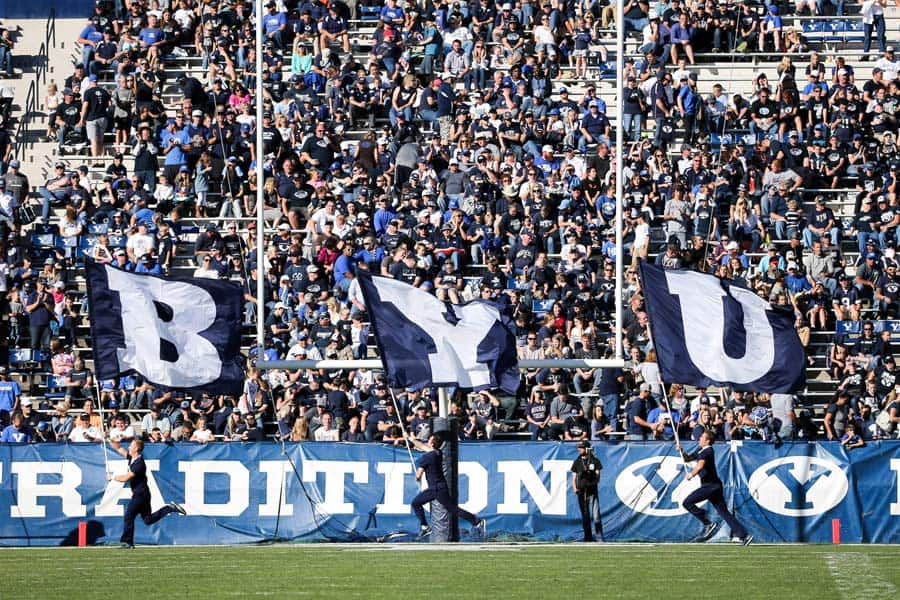 The BYU Cougars have added the Southern Utah Thunderbirds to their 2016 football schedule, the school announced today.

BYU will host Southern Utah at LaVell Edwards Stadium in Provo, Utah on November 12, 2016. The game will be the first ever meeting between the two schools on the gridiron.

SUU is a member of the Big Sky Conference in the Football Championship Subdivision (FCS). The Thunderbirds are 5-2 overall and 4-0 in conference play this season and have won five consecutive games.

“We needed a home game to finalize our 2016 schedule and SUU had an opening. It turned out to be a good fit for both schools,” said BYU director of athletics Tom Holmoe. “We look forward to hosting the Thunderbirds next year in Provo.”

BYU was previously scheduled to play at Cincinnati on Nov. 12, 2016. That game has been moved up one week and will now be played on Nov. 5, 2016 at Nippert Stadium.

The Cougars now have 12 games on their 2016 football schedule, but did not officially announce their entire slate. That announcement is usually reserved for the Spring preceding the season live on BYUtv.

BYU is scheduled to open the 2016 season against Arizona at University of Phoenix Stadium in Glendale. Three weeks later, the Cougars face West Virginia at FedEx Field in Landover, Maryland.

Brutal schedule. I would schedule Southern Utah too with the schedule they have next year.

Looks like a 6-6 season to me, with a few toss-ups that could go the other way (Toledo especially)

It is a tough schedule no doubt, however considering how little they are losing and how much they may be gaining, this prognosis seems quite pessimistic.

If BYU wins in Utah, Utah State, and Southern Utah, they will be the true beehive state champions.

Contract has the games scheduled for Thursdays with option to move if needed.

BYU can go undefeated at home. While they may split the away games, the opportunity to play Arizona and West Virginia on neutral fields should net at least one victory. With some really good players coming back at the skill positions, BYU should be formidable next year. I would like to be a season ticket holder in 2016.

Interestingly SUU 2016 made this list but UNLV, a tentative 7th road game for 2017, is still absent:

I’ve always assumed something was going to shuffle for 2017 since I can’t see BYU schedule 13 games with no bye week or settle for only 5 home games and 7 away from home. I just don’t know that UNLV is the one who will not be in 2017.

What a “get”… Way to go Holmoe… You continue to make November a stay at home month for BYU fans… Two power houses back to back at home for the Season Ticket Holders (U Mass and now Southern Utah”…zzzz.