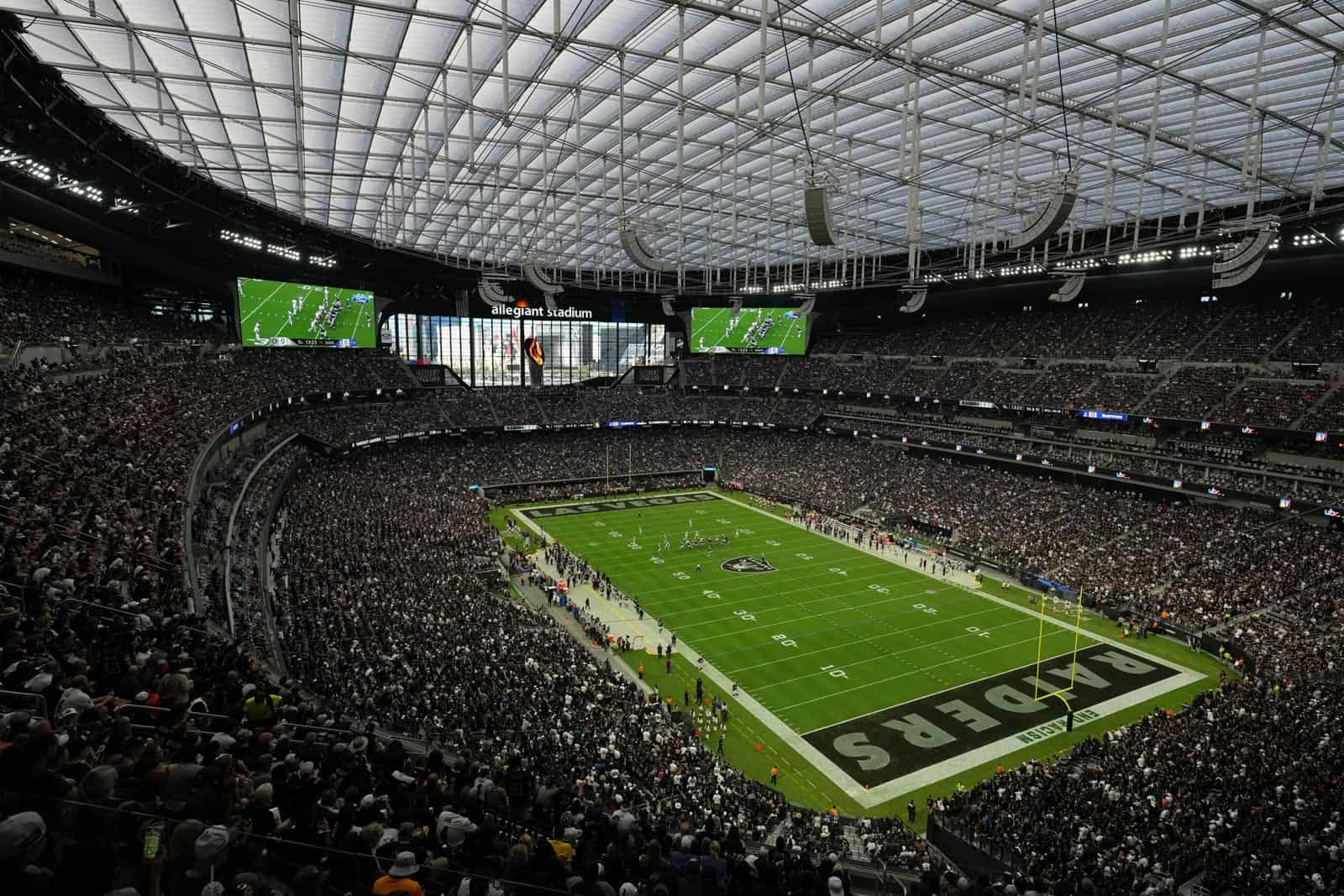 The BYU Cougars and the Notre Dame Fighting Irish will play in Las Vegas in 2022, both schools officially announced on Tuesday.

BYU and Notre Dame will square off at Allegiant Stadium in Las Vegas, Nevada, on Saturday, Oct. 8, 2022, and the game will be televised by NBC.

“We are really excited about the opportunity to return to Allegiant Stadium and face Notre Dame,” said Tom Holmoe, BYU director of athletics. “This has been a process, with a lot of back-and-forth, to be able to find a return game in this series that would work for both sides. We feel very good about playing this game in Las Vegas, where Cougar Nation always shows out, and look forward to an incredible matchup and atmosphere.”

The BYU-Notre Dame finally completes a previously contracted three-game series between the two schools that was agreed to over 10 years ago. The two schools originally scheduled a six-game series, but it later morphed into a 2-for-1 with two games in South Bend, Ind., and one game in Provo, Utah.

BYU traveled to face Notre Dame during the 2012 and 2013 seasons, but the Fighting Irish never played the third and final game that was scheduled for LaVell Edwards Stadium in Provo. This game will now complete that series.

BYU and Notre Dame first met on the gridiron in 1992 in South Bend and have played a total of eight contests. The Fighting Irish have won three consecutive games over the Cougars, most recently 23-13 in South Bend in 2013, and now lead the overall series 6-2.

Luck of the Irish 🔜 VEGAS

Not a fan of the “Shamrock Series.” This is college football. Games should be played on college campuses, not pro stadiums.

Interesting that Notre Dame is technically the “home” team since this will be broadcast on NBC and not ESPN. I hope the Cougars go with a white-out uniform for the game. It would be a nice look with the backdrop of a black Death Star Allegiant Field.

Kind of lame that Notre Dame never did return a game to Provo. Oh well. Glad the game is getting played. Probably would have been tough to complete the series once BYU goes into the Big 12.

So does the “Shamrock Series” just mean they play in NFL stadiums?

No. The Shamrock Series has been scheduled in baseball stadiums, overseas in Ireland, and in the Alamodome in San Antonio. The purpose is to give Notre Dame fans the opportunity to see the Irish live. Notre Dame has a national fan base, and many cannot see the Irish in South Bend, IN.

No. It is played in a variety of stadia around the world.

Some of the games have been real head-scratchers: e.g., playing Wazzu in San Antonio.

I like this game, though I do hope to see ND play in Provo at some point in the next decade or so. What I would love to see is that the move to Vegas for this game is part of a re-construction / extension of the series which would also include a Provo game and another game at ND.

I’ll be reposting this link to your announcement on Facebook.

Very direct & simple to understand article about BYU’s History VS Notre Dame in “the Independence Era”.

Bronco Mendenhall, who was coaching BYU in both 2012-13’s losses @ ND (& he did a great Job with our Non-Power 5 Roster). With ND’s preferential scheduling relationship with the ACC, Coach Mendenhall’s UVA Cavaliers still haven’t been able to beat ND.
I’m rooting for that to happen for a Coach Mendenhall & Staff Team.

So Notre Dame still refuses to play the contracted 2 for 1 road game….no surprise there.

Contracts are renegotiated all the time. Not a big deal.