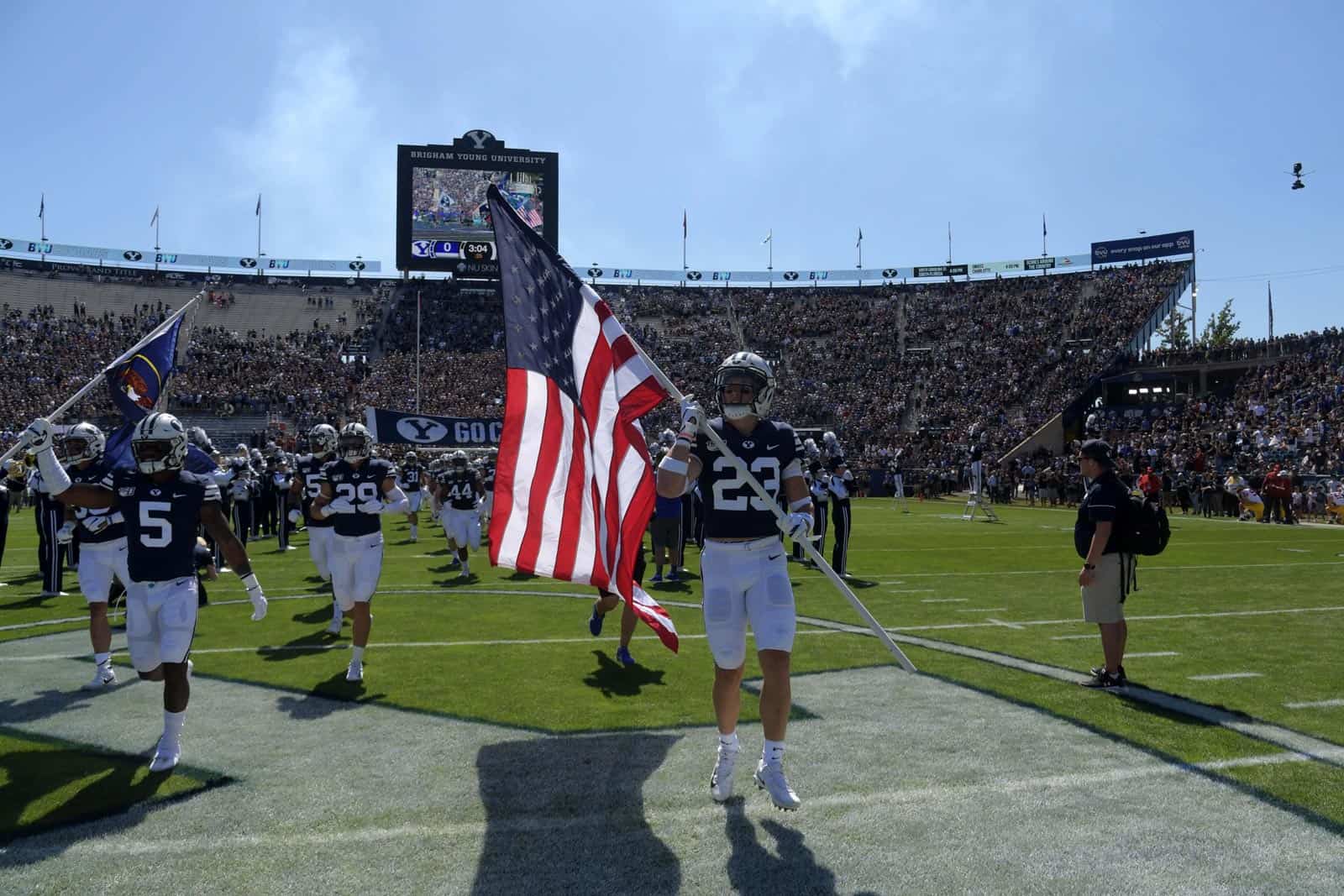 The BYU Cougars have officially accepted an invitation to play in the 2019 SoFi Hawaii Bowl, the school announced on Saturday.

The 2019 SoFi Hawaii Bowl is scheduled for Tuesday, December 24, at Aloha Stadium in Honolulu, Hawaii. The game will be televised by ESPN at 8:00pm ET (3pm HT/6pm MT).

BYU will face a team from either the American Athletic Conference or the Mountain West Conference. The Hawaii Bowl returns to Christmas Eve this season after being played on Dec. 22 last year.

“We are excited to be playing in the SoFi Hawai’i Bowl,” said BYU director of athletics Tom Holmoe. “I’m really happy for our football team and impressed with how hard they worked to have this opportunity. BYU has a long history and tradition of playing football in Hawai’i and we are looking forward to playing in Aloha Stadium once again.”

BYU became bowl-eligible today after defeating the Idaho State Bengals 42-10 at home at LaVell Edwards Stadium in Provo, Utah. The Cougars, a Football Bowl Subdivision (FBS) Independent, are now 6-4 this season with remaining games at UMass (Nov. 23) and at San Diego State (Nov. 30).

“We are looking forward to playing in the SoFi Hawai’i Bowl,” said BYU head football coach Kalani Sitake. “I’m really proud of our players and pleased they have earned this opportunity to continue to improve as a program and have one more game together with our seniors. Hawai’i is a wonderful place and dear to my heart. I’m excited to take our team to the Islands to experience the warmth of the culture and the Aloha Spirit.”

“On behalf of ESPN Events and the SoFi Hawaiʻi Bowl executive committee, we are very excited to offer BYU their first opportunity to play in the SoFi Hawaiʻi Bowl,” said Daryl Garvin, the bowl’s executive director. “BYU has played some memorable games in Aloha Stadium and we look forward to welcoming the Cougars and their fans to Honolulu.”

The Hawaii Bowl will be the Cougars’ 37th overall bowl appearance and first in Hawaii since the 1992 Aloha Bowl. BYU defeated Western Michigan last season 49-18 in the Famous Idaho Potato Bowl and currently possess an overall bowl record of 15-20-1.