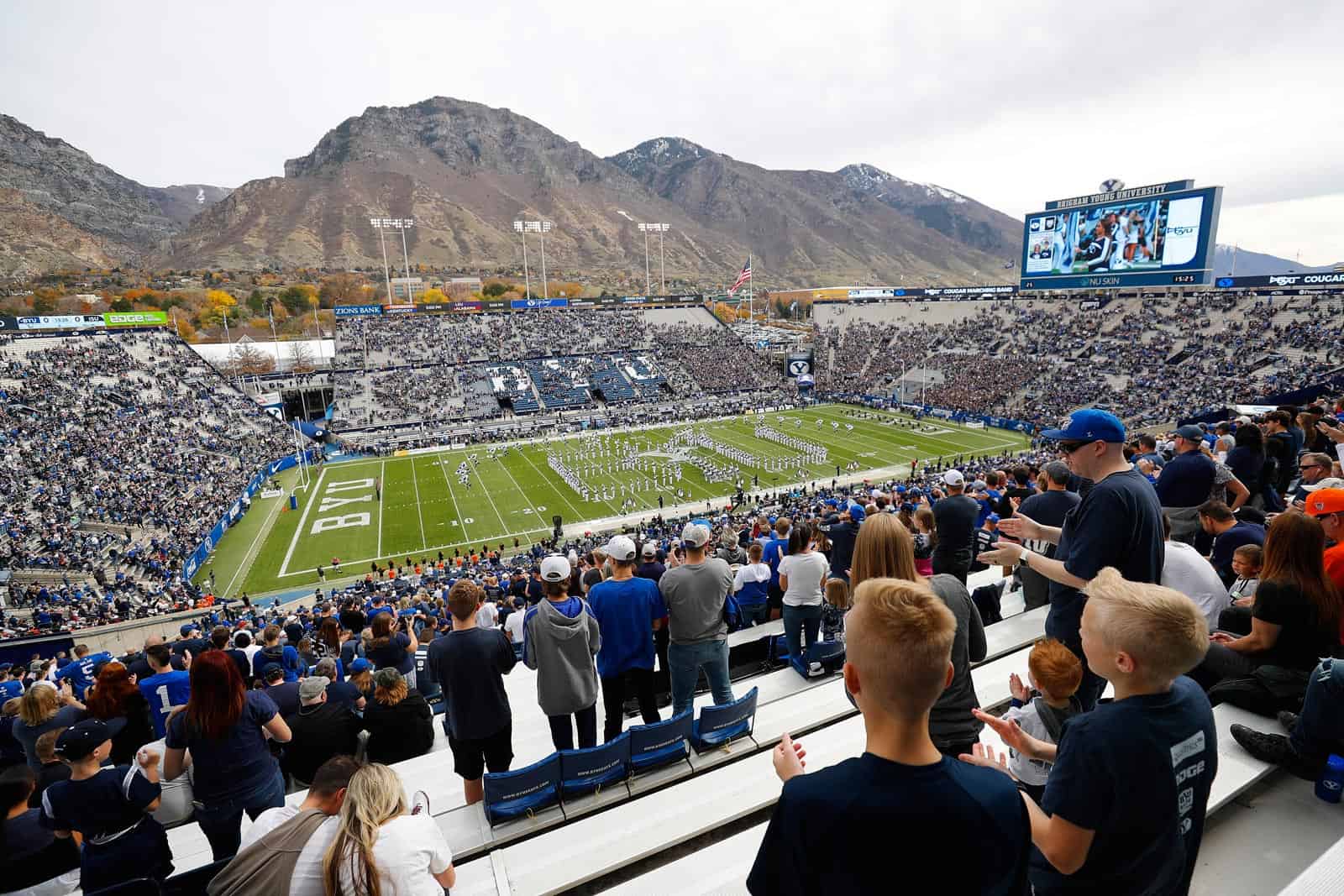 The BYU Cougars have canceled their future series with the Fresno State Bulldogs and have adjusted the date of their game against the Arkansas Razorbacks in 2023, according to separate reports.

BYU and Fresno State were scheduled to play a home-and-home series with games slated for Oct. 7, 2023 at Bulldog Stadium in Fresno, Calif., and Oct. 9, 2027 at LaVell Edwards Stadium in Provo, Utah.

The Fresno Bee reported last week that the two schools canceled the series as a result of BYU joining the Big 12 Conference next season. The series was listed on Fresno State’s official athletics website, but both games have now been removed.

In a separate report on Thursday, WholeHogSports reported that BYU has amended the date of an existing road game at the Arkansas Razorbacks in 2023. Previously scheduled for Sept. 23, the two schools will now meet one week earlier on Sept. 16 at Donald W. Reynolds Razorback Stadium in Fayetteville, Ark.

BYU was scheduled to play at the Utah State Aggies on that date (Sept. 16, 2023), so the date of that contest will also be changing.

BYU is set to join the Big 12 Conference beginning with the 2023 season. As a result, the Cougars are having to trim down their future schedules that included as many as 12 contracted games per season. Fortunately, most, if not all, of BYU’s contracts contain the aforementioned clause which will release them from liability.

“We are trying to take teams out [of our schedule],” BYU athletic director Tom Holmoe told The Salt Lake Tribune. “We are still figuring it out.”

Arkansas needs to scoop up that 2027 date with Fresno State. They have two non-cons open.

That would be a good matchup. David Carr’s old squad.

BYU Fan here. BYU sports Nation (weekday live talk show) hosted Big12 commissioner Bowlsby on 2/18/2022 Friday reveal the most likely FB Schedule in 2023 for all 14 Teams. His words ” it’s likely to remain a 9 GameCconference Schedule with Tx & Ou with us”.

That being said; BYU @ Arkansas is staying, giving BYU 10 Games VS Autonomous 5 Foes with only 2 Slots left to play noncon Foes. With all the travel required in the Big12 BYU will want 1 instate Rivalry Game which means USU Aggies in Logan, leaving 4 previously scheduled home Games to whittle down to 1.