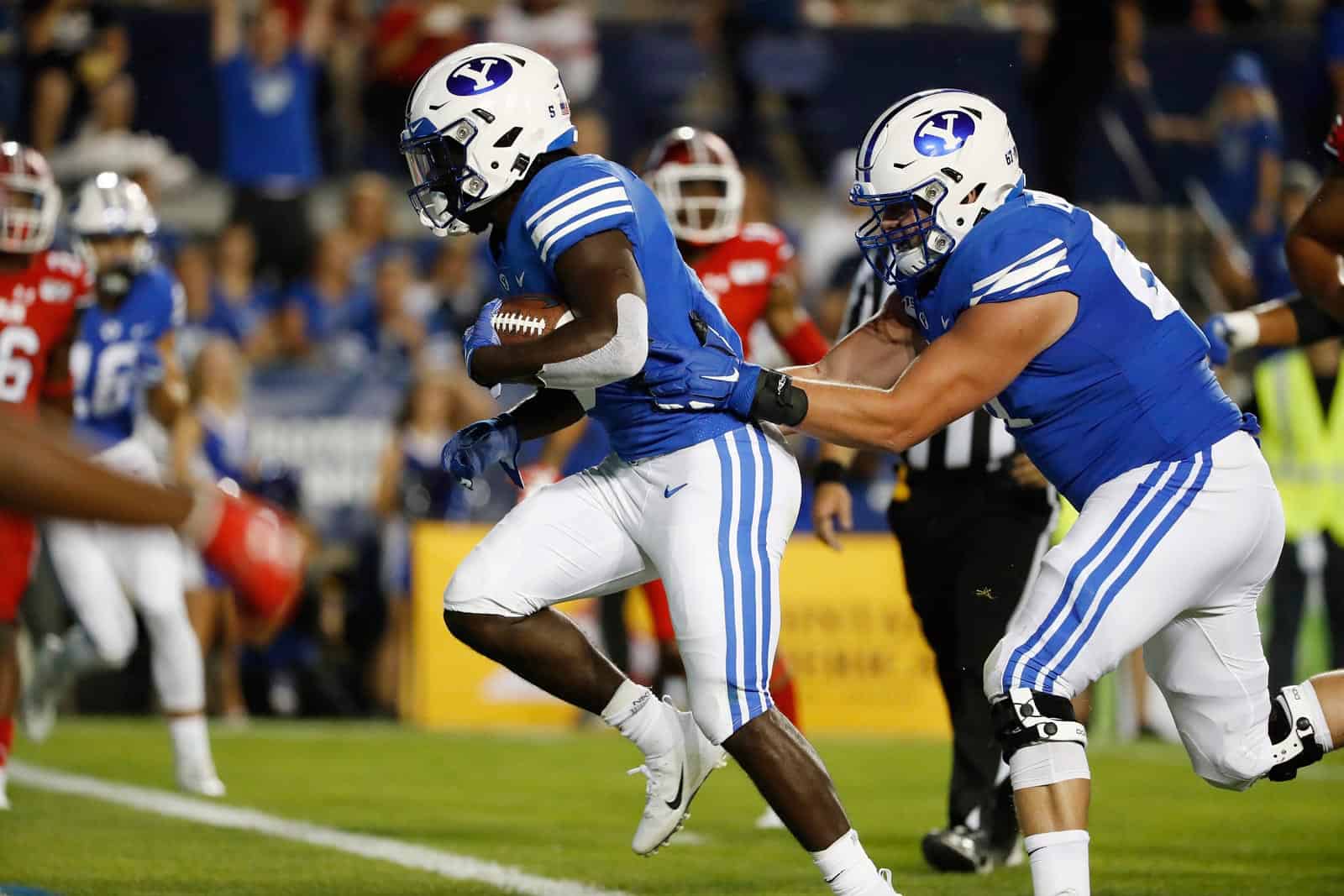 The BYU Cougars have added the UTSA Roadrunners and the Texas State Bobcats to their 2020 football schedule, the school announced on Wednesday.

BYU will host UTSA at LaVell Edwards Stadium in Provo, Utah, on Saturday, Oct. 10, 2020. The game will mark the first-ever meeting between the two schools on the gridiron.

Two weeks later on Saturday, Oct. 24, 2020, Texas State will travel to take on BYU at LaVell Edwards Stadium. Texas State-BYU will also be a first-time contest.

“We are fortunate that UTSA and Texas State had open dates on their schedules which allowed them to travel to Provo,” said BYU Director of Athletics Tom Holmoe. “We look forward to hosting them in LaVell Edwards Stadium and are excited to play football this fall.”

The additions of UTSA, a member of Conference USA, and Texas State, a member of the Sun Belt Conference, gives the Cougars eight games on their revised 2020 football schedule.

BYU is scheduled to open the season at Navy on Monday, Sept. 7 (Labor Day). The Cougars are also scheduled to play at Army on Sept. 19 and host Troy on Sept. 26, Houston on Oct. 16, Western Kentucky on Oct. 31, and North Alabama on Nov. 21.

UTSA is now back to a full 12-game schedule with seven Conference USA opponents and five non-conference opponents. Texas State currently has 11 games scheduled, which include all eight originally scheduled Sun Belt opponents.

These are some good first-time matchups. As a football fan, these will be fun to watch.

I’ve read AD Holmoe is talking with UCF, Temple and maybe others. Tying to get at least 2 more games.

It must be tough for Holmoe to find opponents for this Fall. Would/should he consider splitting the season, playing a few games in the Spring to get in 12 games if Mountain West or other teams are available for nonconference games in the Spring.

He’s done really well to add 6 games in 3 weeks. They have 8 and hopefully he gets one or two more. Stick with the fall if possible. Spring could be even harder. Lot of unknowns. A+++ for effort.

The least attractive BYU schedule in history. With everyone bailing out on them there wasn’t much that could have been done. Other than Army, Navy and Houston the rest of the schedule consists of cannon fodder that SEC teams schedule as their November breather games at home that the SEC teams win 95% of them time.

Troy Is a quality program. Ask Mississippi State, Mizzou, LSU, Nebraska and Oklahoma State what Troy can do to your Saturday afternoon. Wouldn’t be surprise if they beat BYU.