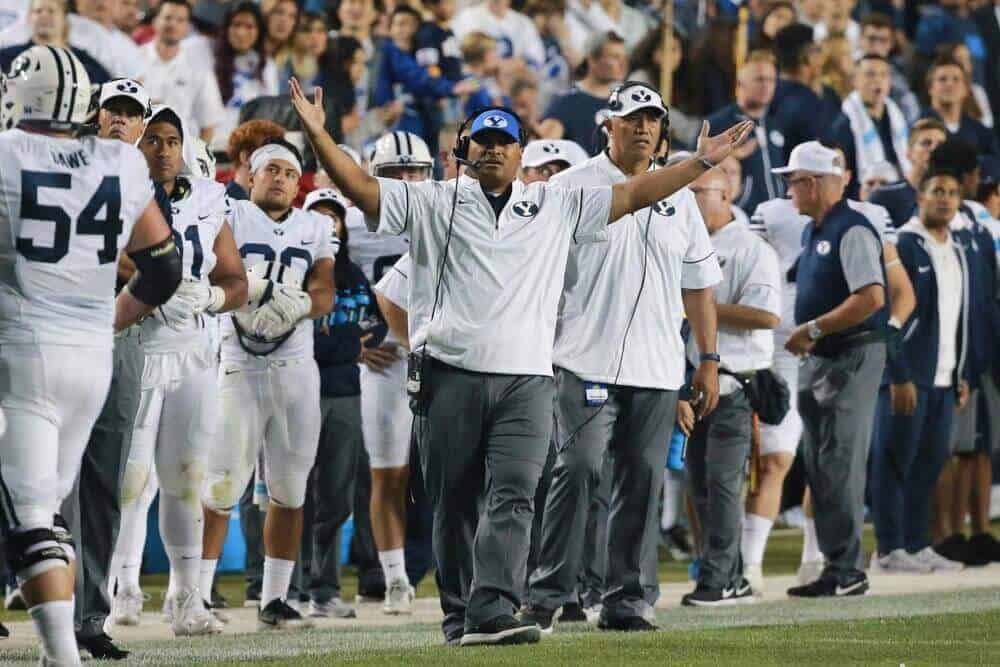 The New Mexico State Aggies will play at the BYU Cougars in 2018, FBSchedules.com has learned.

New Mexico State will travel to take on BYU at LaVell Edwards Stadium in Provo, Utah on Nov. 17, 2018. BYU will pay the Aggies a $700,000 guarantee for the game, according to a copy of the contract obtained from NMSU via a public records request. The contract also stipulates a $1 million cancellation fee.

BYU was previously scheduled to host Hawaii on Nov. 17, 2018, so that matchup will be moved to another date in 2018 or to a future season.

New Mexico State, currently a member of the Sun Belt Conference, will be an FBS Independent beginning in 2018. The Aggies are close to completing their schedule with nine opponents now lined up.

Opponents for New Mexico State in 2018 include Wyoming, Liberty, New Mexico, and Georgia Southern at home and Minnesota, UL Lafayette, UTEP, BYU, and Liberty on the road.

That home schedule looks HORRIBLE for BYU fans…..I can see a lot of people refusing to buy season tickets for that slate……

If you have any pull, help with the scheduling. If you can’t, then stop being such a whiner. 2018’s home schedule is the same as it would be in the MWC.

NOTE: I attended the UMass game with my son last year and we had a great time.

Agreed, BYU is getting the matchups 2016 forward that it got fewer of 2011-2015. Even distribution between home and away and between seasons would be icing on the cake. But this fan is already happy.

Strange, this one is still not on the BYU website though the WSU change yesterday is. Makes me wonder if more work is being done to get NMSU a schedule for 2018 and 2019 and BYU, Hawaii, others may be helping.

Yes, that was announced last week.