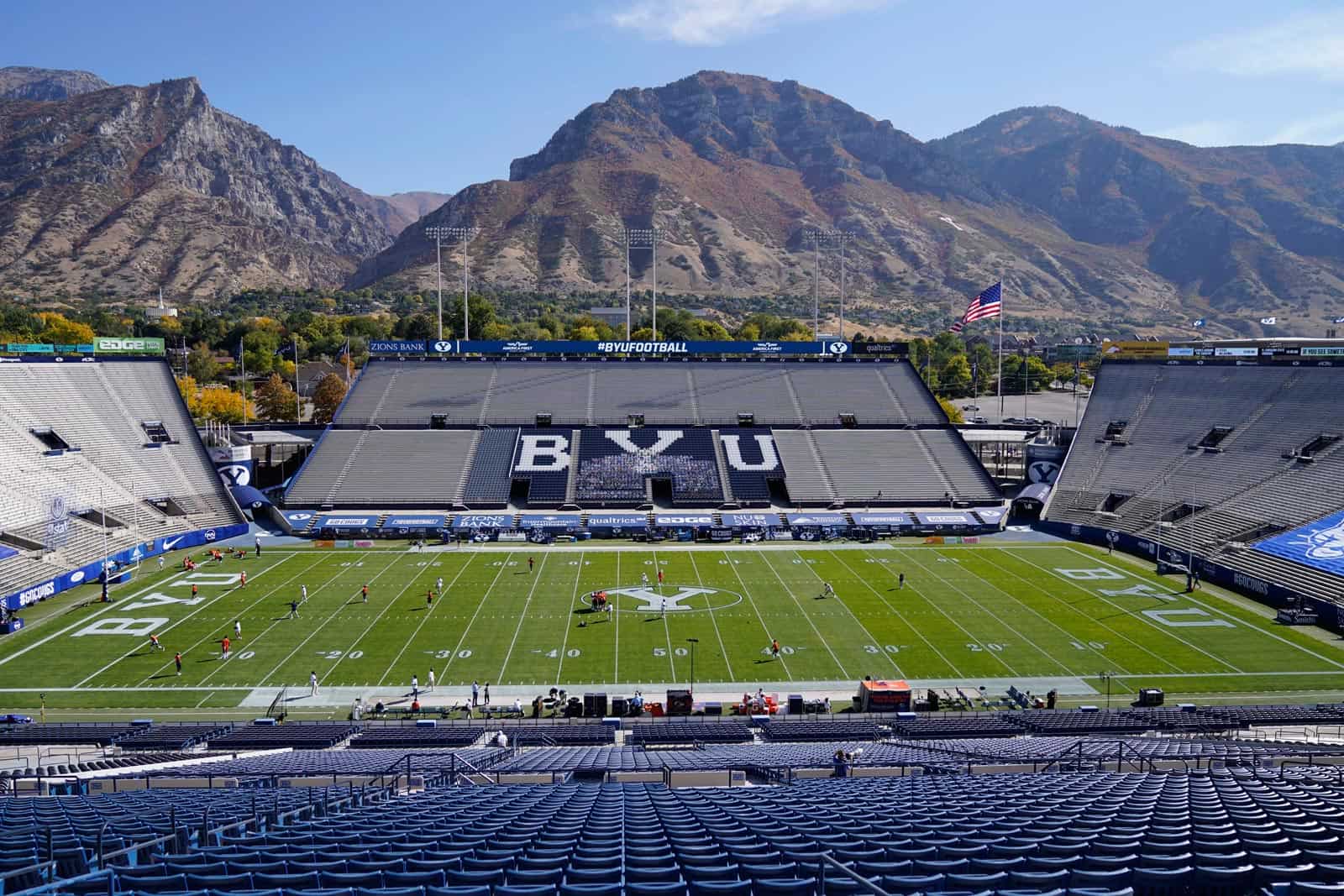 The BYU Cougars have added the Dixie State Trailblazers to their 2024 football schedule, FBSchedules.com has learned.

A copy of the football game contract between BYU and Dixie State was obtained from Dixie State University via a state public records request.

BYU will host Dixie State at LaVell Edwards Stadium in Provo, Utah, on Saturday, Nov. 16, 2024. The Cougars will pay the Trailblazers a $400,000 guarantee for playing the game, according to the copy of the contract.

The two schools are also scheduled to meet at LaVell Edwards Stadium on Saturday, Nov. 19, 2022, which we reported back in February 2019. The Trailblazers will receive a $425,000 guarantee for that game, which will be the first-ever meeting between the two schools on the gridiron.

Dixie State is currently a Football Championship Subdivision (FCS) Independent, but their other athletics programs compete in the Western Athletic Conference (WAC). With the recent announcement that the WAC is reinstating football, the Trailblazers’ football program will begin competing there.

BYU, a Football Bowl Subdivision (FBS) Independent, now has 10 games scheduled for the 2024 season. Other home opponents that season include UCF, Hawaii, Utah State, and Georgia Southern. The Cougars are slated to play at Utah, Wyoming, East Carolina, UNLV, and NC State.

Dixie State now has nine games scheduled for 2024, but some of those contests might be canceled or moved to future seasons since the Trailblazers are moving to the WAC. Dixie State is currently slated to host Montana State, Southern Utah, Northern Arizona, and North Dakota and travel to UC Davis, South Dakota State, North Alabama, and Idaho.