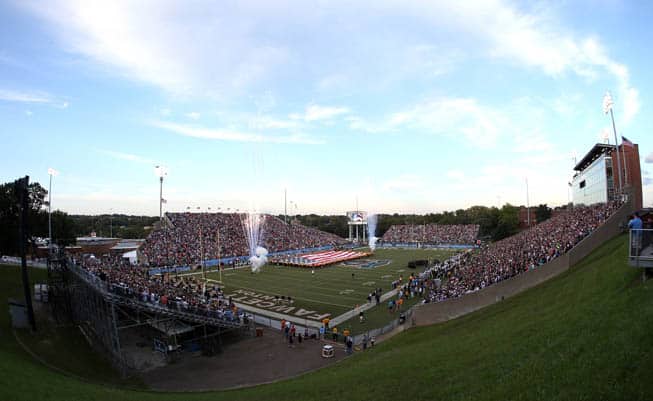 The Buffalo Bills will play the New York Giants in the 2014 NFL/Hall of Fame Game, the NFL announced today.

The preseason game will be played at Pro Football Hall of Fame Field at Fawcett Stadium in Canton, Ohio on Sunday, Aug. 3, 2014 and will be televised by NBC at 8pm ET.

Buffalo and the New York Giants first met on Dec. 6, 1970 and have played a total of 12 times. The overall series is currently tied at six games each. In their last meeting in 2011, the Giants defeated the Bills 27-24.

how about Scot Norwood tossing the coin ?