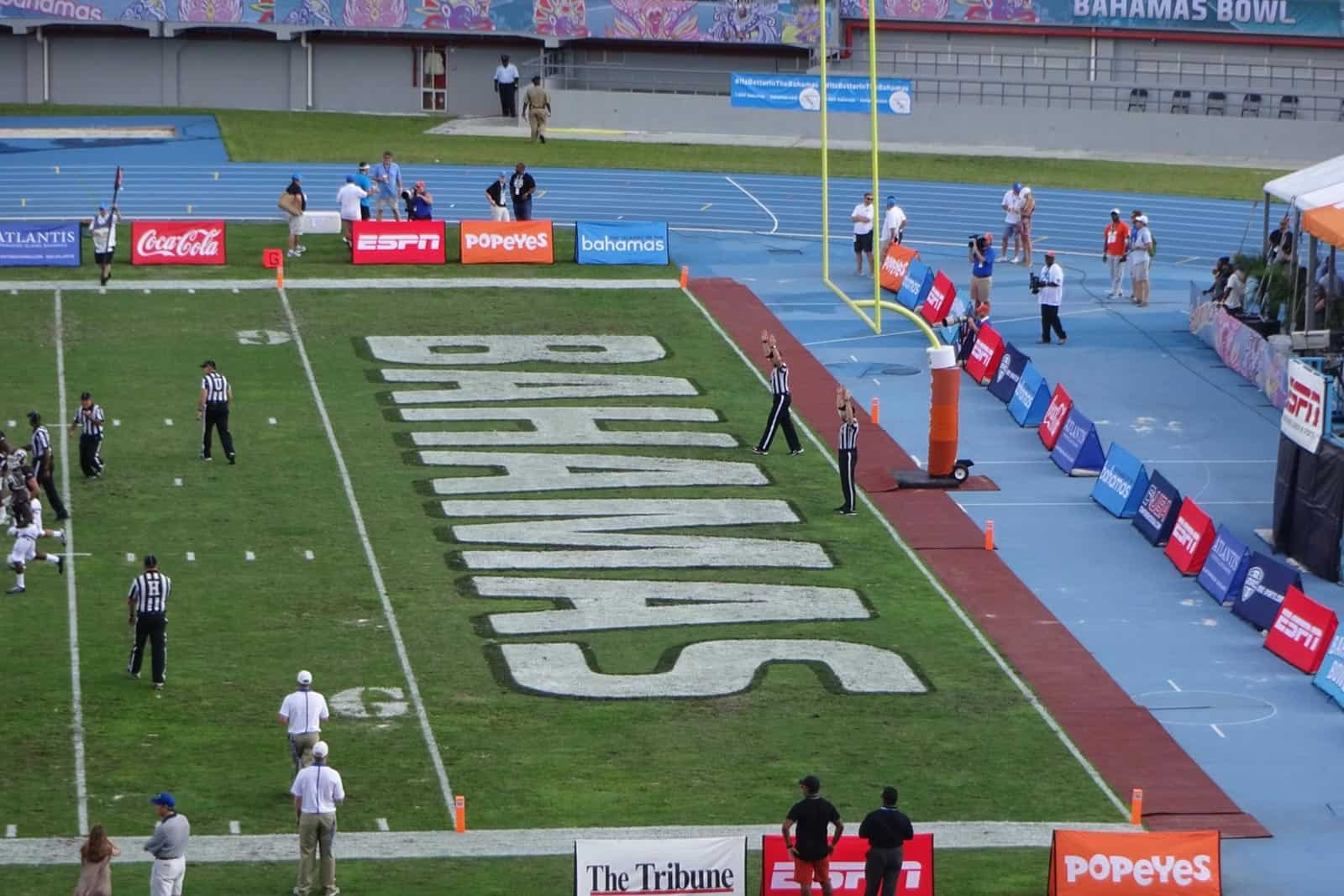 The Buffalo Bulls and the Charlotte 49ers will play in the 2019 Makers Wanted Bahamas Bowl, it was officially announced on Sunday.

Buffalo and Charlotte will square off on Friday, December 20, 2019, at Thomas A. Robinson Stadium in Nassau, Bahamas. The game will be played at 2:00pm ET and it will be televised nationally by ESPN.

The Bahamas Bowl will mark Charlotte’s first-ever appearance in a post-season bowl game. Under new head coach Will Healy, Charlotte won their last five games of the regular-season and finished 7-5 overall and 5-3 in Conference USA action.

“We are extremely excited for our university, our team and our fans to accept an invitation to the Makers Wanted Bahamas Bowl,” said 49ers Director of Athletics Mike Hill. “We couldn’t imagine a better setting for our first-ever bowl game. This team has demonstrated incredible resilience and earned this opportunity. Niner Nation can’t wait to head to the Bahamas!”

The Buffalo Bulls, a member of the Mid-American Conference (MAC), also finished the 2019 regular-season 7-5 overall and 5-3 in conference play. Buffalo will be making their second consecutive appearance in a bowl game and fourth overall.

“On behalf of our President, Dr. Satish Tripathi, I’m honored and very excited to accept a bowl invitation from the Makers Wanted Bahamas Bowl,” UB Athletic Director Mark Alnutt said. “I’m proud of the season our football program, under the guidance of head coach Lance Leipold, has had which afforded us the ability to play a very important 13th game. The Bahamas Bowl provides a destination that will definitely create memorable moments for our student-athletes, coaches, staff and our fans. We look forward to making the trip south and sharing this first-class experience with a very good Charlotte program.”

The Bahamas Bowl is the first announced matchup for the 2019-20 bowl season. The BYU Cougars have also accepted an invitation to play in the SoFi Hawaii Bowl and they will face an opponent from the American or Mountain West.

The College Football National Championship is scheduled for Monday, January 13, 2020, and it will be played at Mercedes-Benz Superdome in New Orleans, La.

A chance to play in front of dozens of fans……its sort of a shame that Charoltte couldn’t get a game a wee bit closer to home for its fans. But ESPN had to stick someone into one of the many bowls it owns.

Congrats to both Charlotte for making their first bowl game and Buffalo trying to win their first Bowl Game.

PS cheapest flight on American from Charlotte to Nassau today was $714, the nonstop flights are higher!