Breaking down Week 5 of the 2018 college football schedule 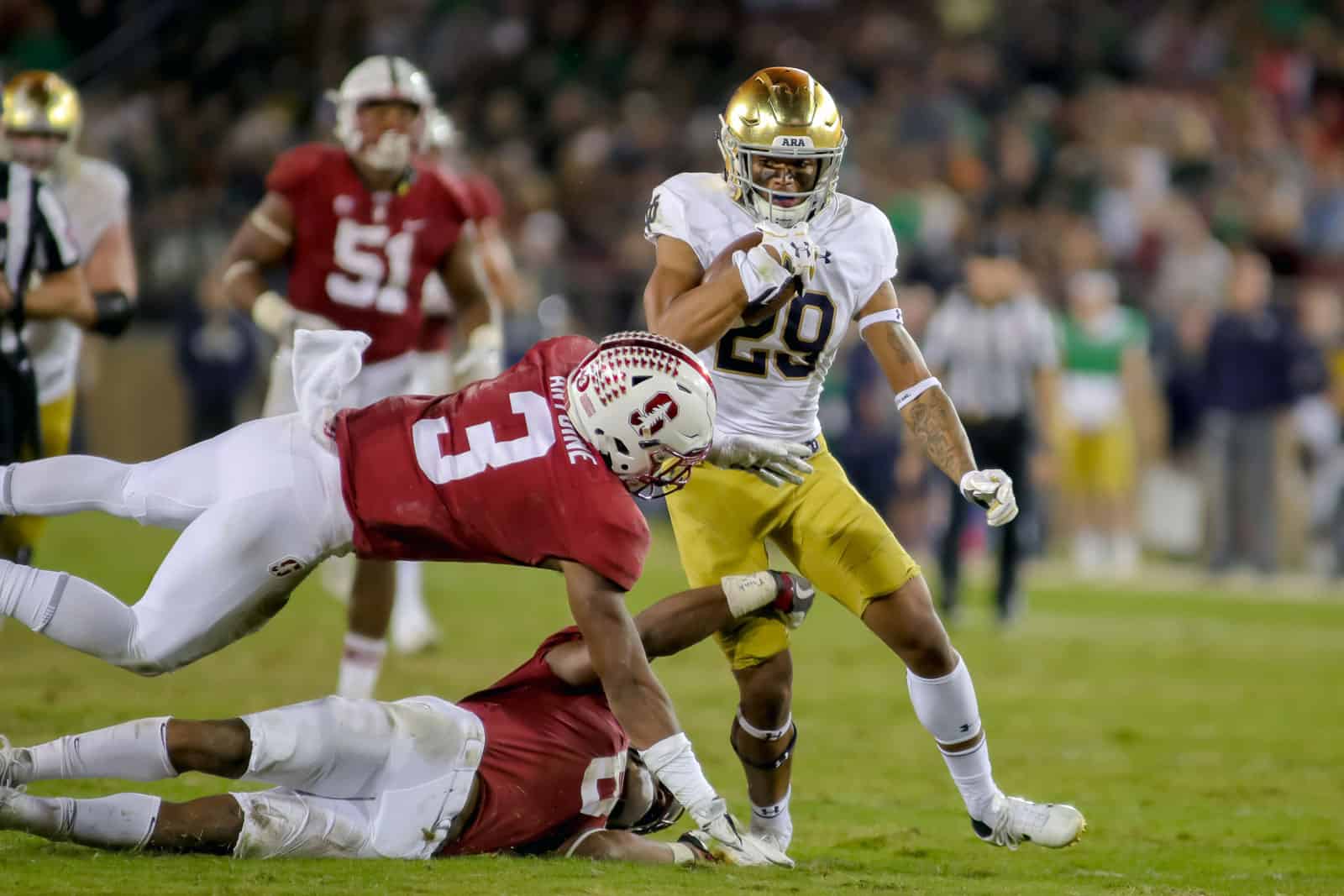 With a season-high five ranked vs. ranked matchups – two of which include a pair of Top Ten teams – Week 5 of the college football schedule is what we’ve been waiting for.

Things kickoff with North Carolina at (16) Miami Fla. on Thursday night at 8pm EST on ESPN. Though the Tar Heels are off to a bumpy 1-2 start, the 3-1 Hurricanes haven’t beaten a Power club yet this season.

Friday features two contests, the best of which is UCLA at Colorado at 9pm EST on FS1. Tune in to see if the Bruins can earn their first win of the Chip Kelly era or, instead, if the Buffaloes can stay undefeated.

Saturday is jam-packed with 55 games, only three of which include an FCS program. Though the first of the five ranked vs. ranked contests – (12) West Virginia at (25) Texas Tech – kicks off in the noon EST time slot on ESPN2, don’t forget about 4-0 Syracuse’s visit to 4-0 (3) Clemson at the same time on ABC.

While the mid-afternoon isn’t as sexy as in past weeks, an improved Baylor squad will test (6) Oklahoma at 3:30pm EST on ABC and (18) Texas travels to Kansas State – where the Longhorns have dropped five straight – on FS1.

7: Boston College has won 7-straight over Temple in Chestnut Hill (last loss there in 1990)

Tune in Friday night to watch the No. 1 rusher in America – Memphis junior running back Darrell Henderson (#8) – do his thing vs. a struggling defense. Though Henderson’s 177.25 yards per game and eight rushing TDs are impressive enough, his 12.22 yards per carry is all-world. Tulane is ranked No. 96 nationally vs. the run allowing an average of 187.5 yards per game. Its worst-outing thus far came in Week 3, when it coughed up 269 ground yards and two scores in a 31-24 loss at UAB.

Week 5’s best strength vs. strength matchup – program your remote to see Washington State’s No. 2 ranked passing attack grapple with Utah’s No. 1 ranked pass defense. And those are national rankings. The Cougars are averaging 401.8 air yards per game and have scored 12 passing TDs. Compare that to the Utes, which have given up a paltry 93-passing yards per game and have allowed a single passing TD thus far. Players to watch include WSU senior quarterback Gardner Minshew II (#16), the No. 2 ranked passer in the FBS with 386.8 yards per game and Utah junior defensive back Julian Blackmon (#23), his five broken-up passes are the third-most in the Pac-12.

Though North Texas’ 4-0 start has been headlined by a passing attack ranked a cool No. 12 nationally, its defense has managed to score ten interceptions thus far, the most in the FBS. Three members of the Mean Green secondary are tied for the second-most picks in the country with three apiece: senior defensive back Kemon Hall (#16), junior safety Khairi Muhammad (#4) and senior defensive back Nate Brooks (#9). It matches up ever so well against Louisiana Tech’s junior quarterback J’Mar Smith (#8) – with four interceptions thrown in three outings, he’s tied for fourth most in the FBS.

The second of two-potential pick-fests in Week 5, Cal junior safety Jaylinn Hawkins (#6), like the trio of North Texas defenders, has scored three picks this season, tying him for the second-most nationally. As a unit, the Golden Bears’ secondary has already notched seven interceptions in only three appearances, also tying it for the second-most in the FBS. Throw Oregon junior quarterback Justin Herbert (#10) and his five inteceptions into the equation and things get dicey. Only three QBs have thrown more picks than Herbert has thus far, who doubled-down and threw two apiece in wins over Bowling Green and San Jose State.

The Legends Trophy honors the first-ever game between the Cardinal and Irish – the 1925 Rose Bowl, a game Notre Dame won 27-10, earning it its second national title. Counted among the legendary that day were Knute Rocke, the Four Horsemen, Pop Warner, and Ernie Nevers.

The Magnolia Bowl and its trophy didn’t debut until 2008, after both student bodies participated in a “Name that Rivalry” contest via text. The original trophy was replaced in 2014 with a redesigned edition aimed at being a “better representation” of the rivalry. LSU has proved itself bowl-worthy six times vs. Ole Miss’ four.

Though Texas A&M didn’t join former fellow Southwest Conference member Arkansas in the SEC until 2012, the Southwest Classic kicked-off in 2009, when the Aggies were still in the Big 12. Except for a home-and-home in 2012-13 the two have met in Arlington, Texas every year since 2009. The Aggies have won six Classics vs. Arkansas’ three.

Florida’s Dan Mullen returns to Starkville, Mississippi this Saturday night, where he served for nine seasons as the Bulldogs’ head coach, amassing a 69-46 record. He’s one of ten coaches scheduled to play a program they used to lead on the sidelines in 2018 and one of only six who will do so as a visitor.

I very much doubt the losers of OSU-PSU and Stanford-ND will fall out of the top 20.