Breaking down Week 11 of the 2019 college football schedule 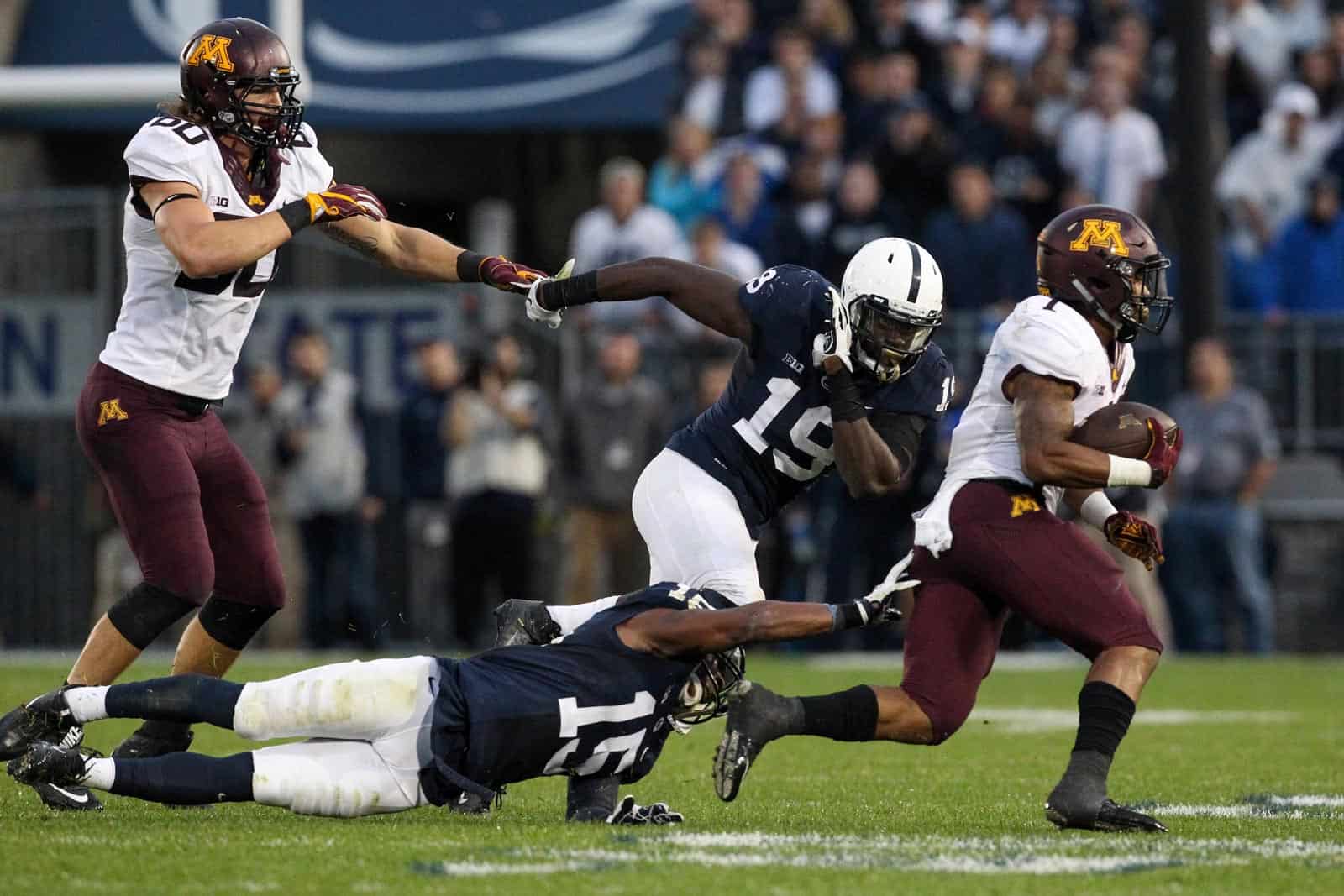 Though there are a few “firsts” this week, the most important thing to remember in Week 11 of the college football schedule is to plan on tuning in early on Saturday.

Yes, while this is the first week of the MAC’s annual onslaught of mid-week games and the first week of play after the release of the initial CFP rankings, there are a pair of blockbuster showdowns between undefeated Power teams both set to start before primetime rolls around on Saturday.

The week kicks off with three MAC games – two on Tuesday night and one on Wednesday. If you’re channel surfing, there is a contest on ESPN2 both nights at 8pm EST.

Thursday and Friday feature two games apiece. Tune in on Thursday night at 7:30pm EST on ESPNU to see Louisiana’s rushing attack – ranked No. 3 in the nation in yards per game – try and keep things rolling vs. a Coastal Carolina defense ranked No. 80 vs. the run. On Friday, check out Washington at Oregon State at 10:30pm EST on FS1 – the Huskies are fresh off back-to-back losses to ranked teams and the Beavers have a chance to win five games in a single season for the first time since 2014.

During what in comparison could be billed as “primetime light” (6) Georgia hosts Missouri at 7pm EST on ESPN, (5) Clemson is at NC State at 7:30pm EST on ABC and Iowa State visits (9) Oklahoma at 8pm EST on FOX.

7: Washington has won 7-straight over Oregon State (last loss in 2011)

The biggest statistical mismatch in Week 11, tune in to this one to see Georgia State’s No. 10 ranked rushing attack take on ULM’s No. 125 ranked rushing defense. Only nine teams in the entire nation have averaged more rushing yards than has GSU this season (257.25, just ahead of Oklahoma’s 252.13) while only four have allowed more ground yards than have the Warhawks (235.25). Keep an eye on Panthers’ senior RB Tra Barnett (#5), not only is he No. 10 in the FBS in yards per game (116), he’s rushed for 100-plus in each of his last four outings including ringing up 242 yards and two scores vs. Troy.

The Don Shula Trophy – Florida International at Florida Atlantic – series started in 2002 – FAU leads 12-5 and has won three of the last four.

The Shula Bowl and Trophy – named in honor of former Miami Dolphins coach Don Shula – kicked off in 2002, the first year the two schools (located only 60-miles apart in South Florida) met on the gridiron. FAU first fielded a football team in 2001, FIU followed in 2002.

Established by the governors of the states of Minnesota and Pennsylvania in 1993, this version of a rivalry bell was unveiled for the first-ever game between the two schools, on Sept. 4, 1993. It was also the inaugural Big Ten contest for Penn State. The two haven’t played since 2016 and the Golden Gophers haven’t taken home the prize since 2013, a celebration so hearty that it broke the Bell.

The Heartland, a bronze bull, wasn’t introduced until 2004 when the two schools decided to honor their then 110-year old rivalry by offering a traveling prize. Why a bull? According to the Hawkeyes, it “symbolizes the kind of games that have been typical when the schools meet.” The Badgers have grabbed the bull by the horns eight times vs. Iowa’s five.

The Textile Bowl Trophy was first introduced in 1981, a “part of a joint marketing effort by the textile commissions of both North Carolina and South Carolina…State and Clemson boast two of the largest, most respected textile schools in the country and have similar academic missions.” The Tigers have captured the weavers’ prize 28 times vs. the Wolfpack’s 10.

When (3) Alabama hosts (2) LSU this Saturday it will mark only the second time it’s faced an opponent ranked in the AP Top 25 this season. The Tide beat then (24) Texas A&M in College Station on Oct. 12, making their game vs. the Tigers also the first-time they’ve faced a Top 20 team in 2019.