Breaking down Week 1 of the 2021 college football schedule 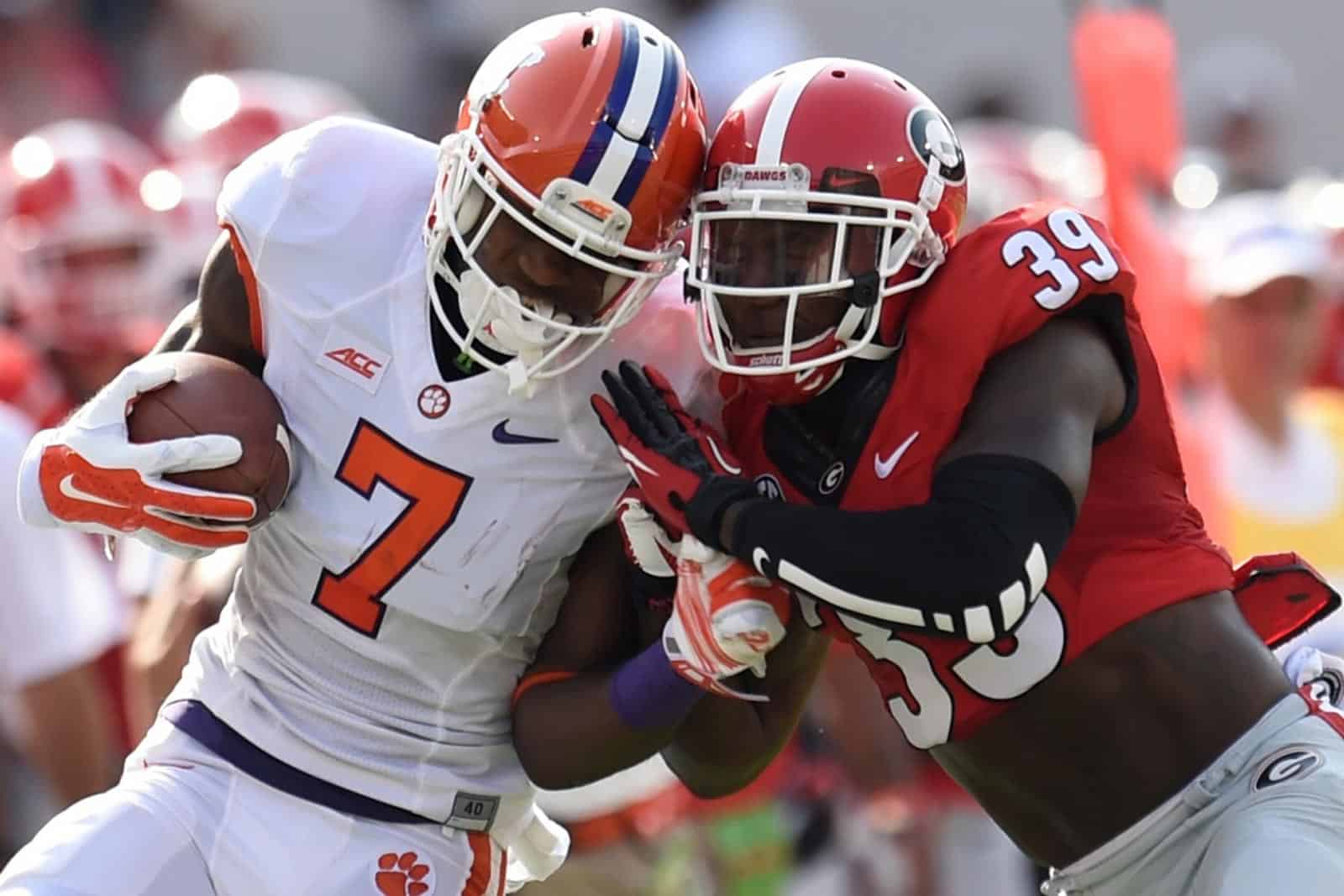 With 84 games spread across six glorious days, Week 1 of the 2021 college football season is what we’ve been waiting for.

While it’s the biggest total number of games on offer since 2019, the quality factor isn’t consistent with 37 of the matchups (44%) featuring an FBS team squaring off with an FCS opponent. What Week 1 does have is five ranked vs. ranked pairings spread across a jam-packed Saturday.

What follows is a handy companion to guide you through the goodness. The first segment – cunningly labeled “What to Watch” – recommends the contests that, when there are multiple options available, should be the most competitive or have other redeeming qualities. While you won’t see every ranked club’s game listed, you will see solid choices in each time slot that offer quality viewing.

Fire up those fryers, ice down those beers and tape your ankles for rapid fire (but oh so necessary) bathroom breaks.

The time of greatness is upon us.

UAB’s fifth-year head coach Bill Clark graduated from Jacksonville State and served as head coach for the Gamecocks in 2013. UAB has won its division the last three consecutive seasons as well as winning the C-USA in 2018 and 2020.

Not only is this Gus Malzahn’s debut as UCF’s head coach, it’s Andy Avalos’ debut as a head coach. If that weren’t enough – it’s a battle between the two current Group of 5 programs most associated with the terms “BCS buster” and “self-claimed National Championship.”

The first ACC game of the season, this matchup will be a good barometer for how much Virginia Tech’s defense (which finished last year ranked No. 107 vs. the pass and is in its second year with DC Justin Hamilton) has improved. North Carolina junior QB Sam Howell (#7) finished 2020 ranked No. 8 nationally in passer rating and is projected to be among the first picks in the 2022 NFL Draft.

UCLA returns 10 starters to a defense that finished No. 115 nationally vs. the pass last season including giving up 428 passing yards to Stanford in its last outing. While there are lots of question marks for LSU, the Tigers go from returning five starters last year to bringing back 18 this season including a pair of experienced quarterbacks and two of the top three receivers.

Only two teams in the ACC allowed more rushing yards per game than Florida State did last season. Notre Dame, on the other hand, brings back its top two rushers from a unit that finished No. 24 in the nation in rushing yards per game. Even more intriguing is that the top ranked Irish – fresh off their fourth straight double-digit win season – return a mere nine starters, the third fewest in the nation. Despite its recent woes, the Seminoles are still stacked with highly rated talent – if FSU can finally harness its power, and Notre Dame struggles to gel early, this could be an upset in the making.

Only four teams in the nation (Bowling Green, UNLV, and UMass) gave up more rushing yards per carry than did Minnesota last season with 6.3. Though the Gophers return ten defensive starters this year, they’ll need to show immediate improvement – in a big way – vs. an Ohio State squad that finished 2020 ranked No. 8 in rushing offense and returns a stable of backs. The Buckeyes averaged 5.96 rushing yards per carry last year – the third highest mark in the FBS. OSU RBs to look out for include junior Master Teague III (#33), freshman TreVeyon Henderson (#32), freshman Evan Pryor (#21), and redshirt freshman Miyan Williams (#28).

While it’s no surprise that the No. 2 Sooners are the big favorite in this one, look for OU’s offense to get the season started with a loud explosion. Tulane finished 2020 ranked No. 115 in the nation in pass defense, allowing 300-plus passing yards six times including coughing up 439 and 422 respectively in back-to-back losses to SMU and UCF. Throw in the fact that the Green Wave return a mere six starters on defense – tied for the fewest in the American – and you get the picture: Oklahoma will score a bunch of points. The Sooners return starting sophomore QB Spencer Rattler (#7) and the top three receivers to an offense that finished last year ranked No. 14 in pass offense and No. 6 in scoring.

One of nine bells played for at the FBS level, Cincinnati and Miami’s rivalry bell is tied with North Carolina and Duke’s for the oldest such prize. According to legend, the original version of the Victory Bell was taken from Miami’s campus in Oxford, Ohio (where it was rung to celebrate Redhawk victories) by Cincinnati fans in the 1890s establishing the tradition of the winning team retaining the bell. Today, the original Bell is back on display at Miami with a replica awarded to the winner of the annual game. The traveling Bell records Cincinnati victories on one side and Miami wins on the other. The two schools are located a mere 30 miles apart and have plans to play through 2029.

Among the plethora of non-conference matchups in Week 1, four feature a MAC program visiting an SEC school.

Of the SEC programs involved, Missouri is the only club that’s ever lost to a current MAC program. The Tigers are 15-3 vs. the MAC the only losses coming – as listed above – to Bowling Green, all before they joined the SEC in 2012. Auburn is 8-0 vs. the current MAC, Tennessee is 7-0 and Texas A&M is 1-0.

If any of the Midwest underdogs (Tennessee is favored by 35 points, Mizzou by 14.5, Auburn by 37 and Texas A&M by 28.5) shock the world and upset their mighty Southeast counterpart it truly would be mind blowing.

Note:
EST means “Eastern STANDARD Time”
As we are currently on Daylight Saving Time, Standard time would be one hour behind.

I’m sorry to be nit-picky, but if you want to be correct, you should say either “ET” for simply “Eastern Time” or “EDT” for “Eastern Daylight Time”.