Breaking down Week 1 of the 2020 college football schedule 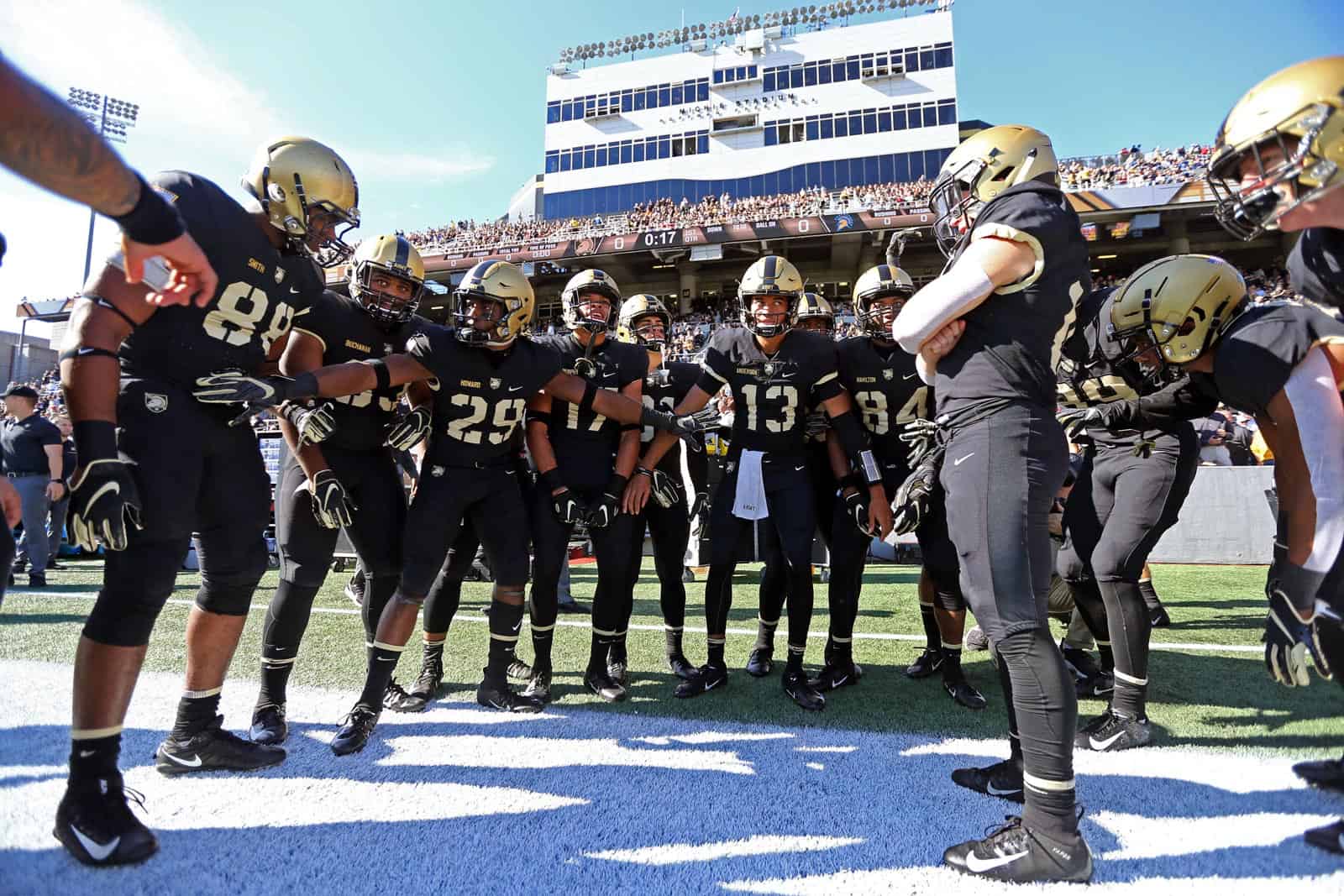 Though it’s a hollow shell of what could’ve been, Week 1 of the 2020 college football schedule is upon us.

On tap are nine games – five feature FBS vs. FBS pairings while four have an FBS school hosting an FCS foe. No Power 5 members are in action, nor are any ranked teams, but independents BYU and Army are both set to play. Six of the non-independent FBS participants hail from Conference USA while three apiece represent the American Athletic and Sun Belt.

Things kick off on Thursday night with the first two games of the 2020 season involving an FBS team – FCS Central Arkansas at UAB at 8pm EST (ESPN 3) followed by South Alabama at Southern Miss at 9pm EST (CBSSN).

For all Week 1 isn’t – it is live-action college football at the FBS level.

Army’s triple-option attack has finished among the top three rushing offenses in the FBS every year since 2016 including a No. 3 rank last season. Despite returning just five starters on offense, the Black Knights bring back the three backup quarterbacks from 2019 (last season’s starter Kelvin Hopkins started only seven games) and four of the top six running backs. Cue up Middle Tennessee – who returns a mere five starters (only two are back from last season’s front seven) to a defense that finished No. 101 vs. the run – and Army could look fearsome early.

Memphis’ offense finished last season ranked No. 8 nationally in scoring, No. 17 in passing yards per game and No. 39 in rushing. In 2020, they return three starters to the offensive line, starting quarterback senior Brady White (#3) (No. 9 in the FBS in passer rating and No. 10 in passing yards per game last year) and top receiver senior Damonte Coxie (#10) (No. 21 in receiving yards per game). Also due back was the leading rusher, Kenneth Gainwell, who has just opted out of the 2020 season. It provides a breakout opportunity for junior RB Kylan Watkins (#17), the team’s No. 4 rusher from last year. Combined, it’s a recipe for a yard-a-palooza vs. Arkansas State, which returns six starters to what was one of the worst defenses in the nation last season. The Red Wolves finished at No. 114 in scoring, No. 118 vs. the run and No. 111 vs. the pass.

The Paint Bucket – Arkansas State at Memphis – series started in 1914 – Memphis leads 29-23-5 but the two have split the last four, the home team winning on each occasion. This is the first meeting since 2013.

Referred to as the “Mid-South’s Oldest Rivalry” Arkansas State and Memphis – located a mere 70 miles apart – have clashed 57 times since first meeting in 1914.  The matchup, also referred to as the Paint Bucket Bowl, has featured some memorable moments including a Hail Mary pass in 2006 (the “Bluff City” miracle), a bench-clearing brawl in 1992 and a controversial fifth down-play in 1987. The Paint Bucket trophy (an actual bucket decorated in both school’s colors) along with the tradition of the winner of the game smearing paint on a designated area of the loser’s campus were established to “eliminate the defacing of each campus and the ‘kidnapping’ of opposing football players during game week.”

In a “normal” year Week 1 of the FBS college football schedule would feature more than 80 contests. In 2020, we’re down to nine, or approximately 11 percent of normal capacity. While certainly not tragic, it – especially for die hard fans of the sport and even more so for the athletes – is yet another cost of the novel coronavirus 2019 (COVID-19) pandemic.

One of the words that has been used repeatedly to describe 2020 is “unprecedented.” While in some instances the term is spot on, in college football it is not.

In 1918, 102 seasons ago, not only was college football compromised by a pandemic, it was conducted during the final weeks of World War I.

According to an excellent piece by Blair Kerkhoff at The Kansas City Star, here’s how Missouri’s 1918 season was portrayed by the school yearbook.

Everything was arranged for the first game of the season when the ‘Flu’ quarantine went on. The second game and third were postponed in the same manner, yet the team worked steadily on … Work continued with the idea of playing the next game on the schedule, and so it went throughout the season, each game being canceled two or three days ahead of the date of battle…One enterprising Tiger follower has figured that some 250 hours were spent in practice but not a single game played.

Nebraska’s yearbook staff had a similar view of the 1918 campaign,

It was never surely known even on the eve of a game whether teams would clash the following day or not, for bans on public gatherings were being enforced and lifted at all hours of the day and night.

As absolutely bizarre as 2020 seems to us, we’re not the first set of football enthusiasts and participants to experience such “unprecedented” disruption. Indeed, we need to look no further than our Ancestry family tree to find those who have gone before us and faced – and ultimately overcame – a hauntingly similar set of challenges.