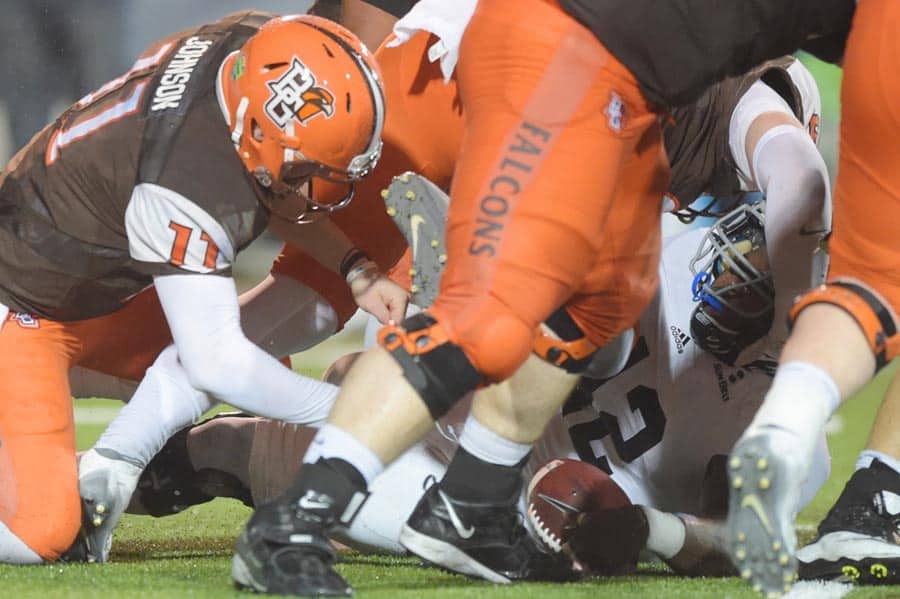 The Bowling Green Falcons have added future football games against Murray State in 2021 and Fordham in 2024, the school announced on Thursday.

Bowling Green will host the Murray State Racers at Doyt Perry Stadium in Bowling Green, Ohio on Sept. 18, 2021. The game will be the second contest between the two schools on the gridiron.

In their first and only meeting back in 2013, Bowling Green defeated Murray State 48-7.

Murray State is a member of the Ohio Valley Conference (OVC) in the Football Championship Subdivision (FCS). The Racers finished the 2017 season 3-8 overall and 2-5 in OVC play.

The addition of Murray State tentatively completes Bowling Green’s 2021 non-conference football schedule. The Falcons are also slated to play at Tennessee on Sept. 4, host South Alabama on Sept. 11, and travel to Minnesota on Sept. 25.

Bowling Green has also added a home game against the Fordham Rams for Thursday, Aug. 29, 2024. The game will be their first-ever meeting on the football field.

Fordham is a member of the FCS and competes in the Patriot League. The Rams went 4-7 overall and 3-3 in conference play last season.

Bowling Green is also scheduled to play at Penn State on Sept. 7 and at Maryland on Sept. 21 and needs one more non-conference game for the 2024 season.