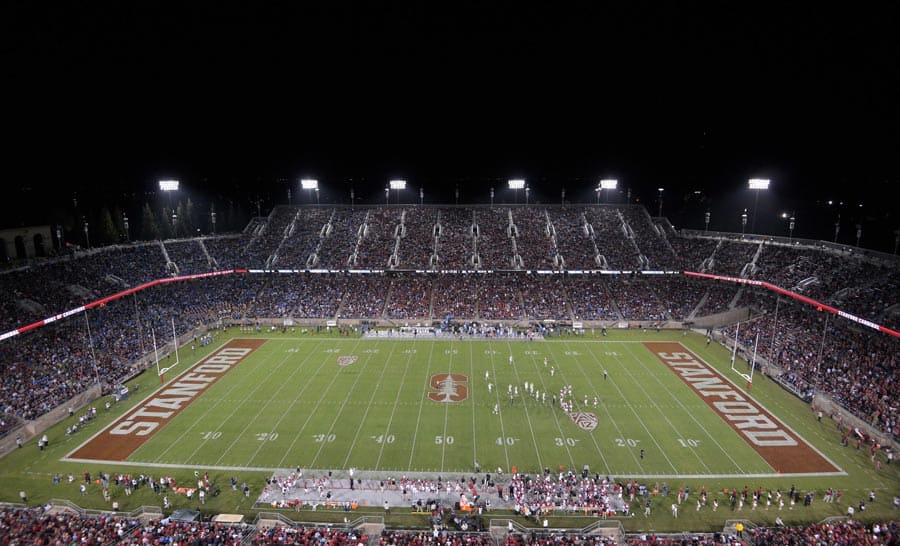 Stanford will host BC in 2028. (Kirby Lee-USA TODAY Sports)

The Boston College Eagles and the Stanford Cardinal have scheduled a home-and-home football series for 2028 and 2029, BC announced on Monday.

In the first game of the series, Boston College will host Stanford at Alumni Stadium in Chestnut Hill on Sept. 2, 2028. The Eagles will then travel to take on the Cardinal at Stanford Stadium on Sept. 15, 2029.

Boston College and Stanford have met just four times on the gridiron, and the series is all square at two games apiece. In their last meeting in 2002, BC defeated Stanford at home 34-27.

The addition of Stanford will satisfy Boston College’s strength of schedule mandate for both the 2028 and 2029 seasons. The mandate states that each ACC team must play one non-conference Power Five opponent or Notre Dame each season beginning in 2017.

The Pac-12, which plays a nine-game conference schedule, currently has no non-conference scheduling mandate. Even with that, Stanford typically schedules pretty tough with Dame each season, another Power Five or similar team in most seasons, and no FCS opponents.