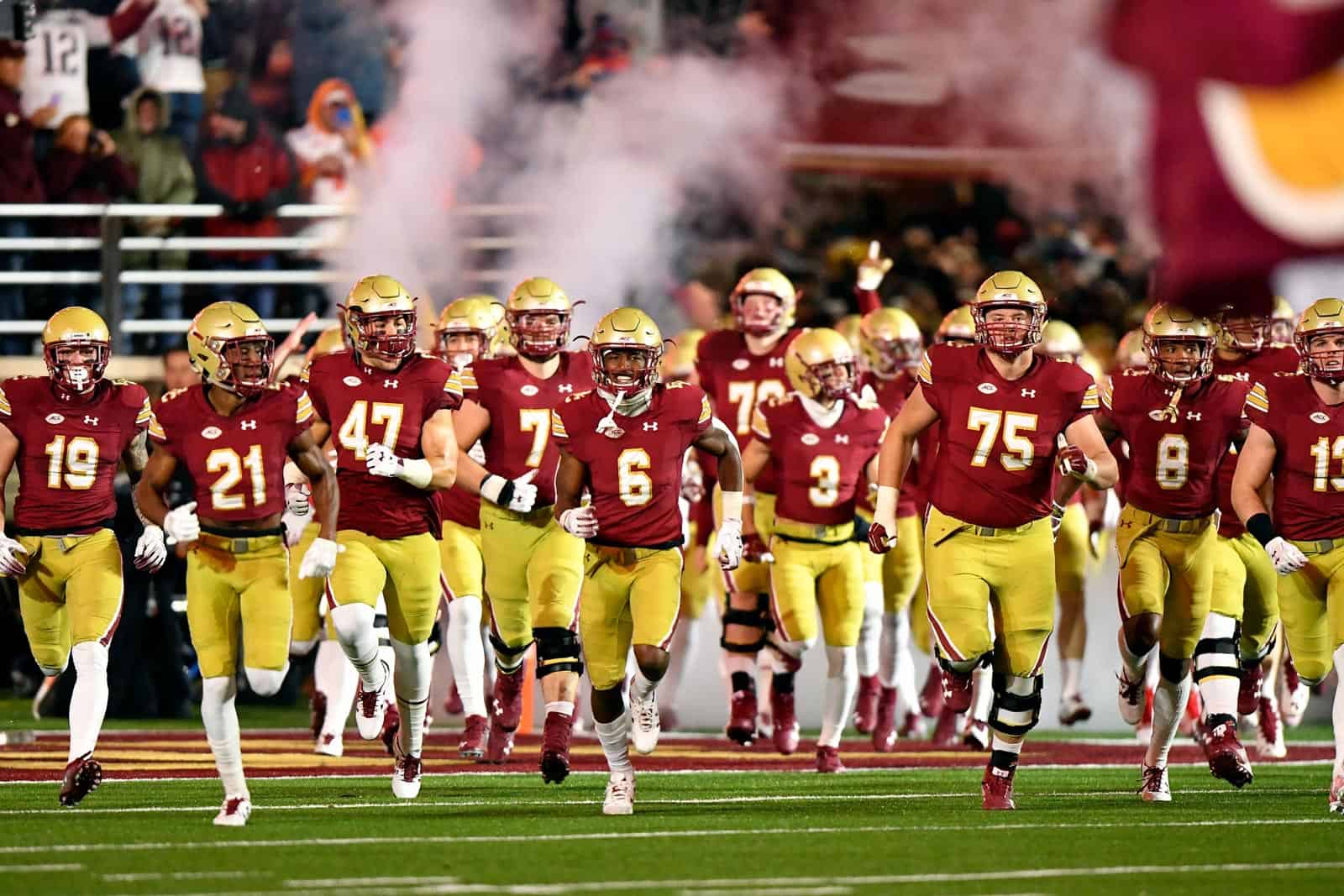 The Boston College Eagles have added the Army Black Knights and the Holy Cross Crusaders to their future football schedules, the school announced on Wednesday.

Boston College and Army will play a home-and-home series beginning on Oct. 7, 2023 at Michie Stadium in West Point, New York. The series will conclude with the Eagles hosting the Black Knights five seasons later at Alumni Stadium in Chestnut Hill, Mass., on Sept. 23, 2028.

Boston College and Army first met on the gridiron in 1917 in West Point and have played 38 times overall. Most recently, the two schools split a home-and-home series in 2012 and 2013, leaving the Eagles with a 25-13 advantage in the series.

Boston College and Holy Cross have squared off 83 times on the gridiron and the Eagles currently lead the overall series 49-31-3.

The Boston College Eagles also announced today that they have made another adjustment to a previously scheduled series with the UConn Huskies, who will begin playing as a Football Bowl Subdivision (FBS) Independent in 2020.

The two schools were originally slated to meet in 2022 at Boston College and in 2023 at UConn, both in late November. Earlier this year, the sites were flipped. Today the dates of both contests were moved up three weeks.

Boston College will now travel to take on UConn at Rentschler Field in East Hartford, Conn. on Oct. 29, 2022. The return games is now slated for Oct. 28, 2023 at Alumni Stadium.