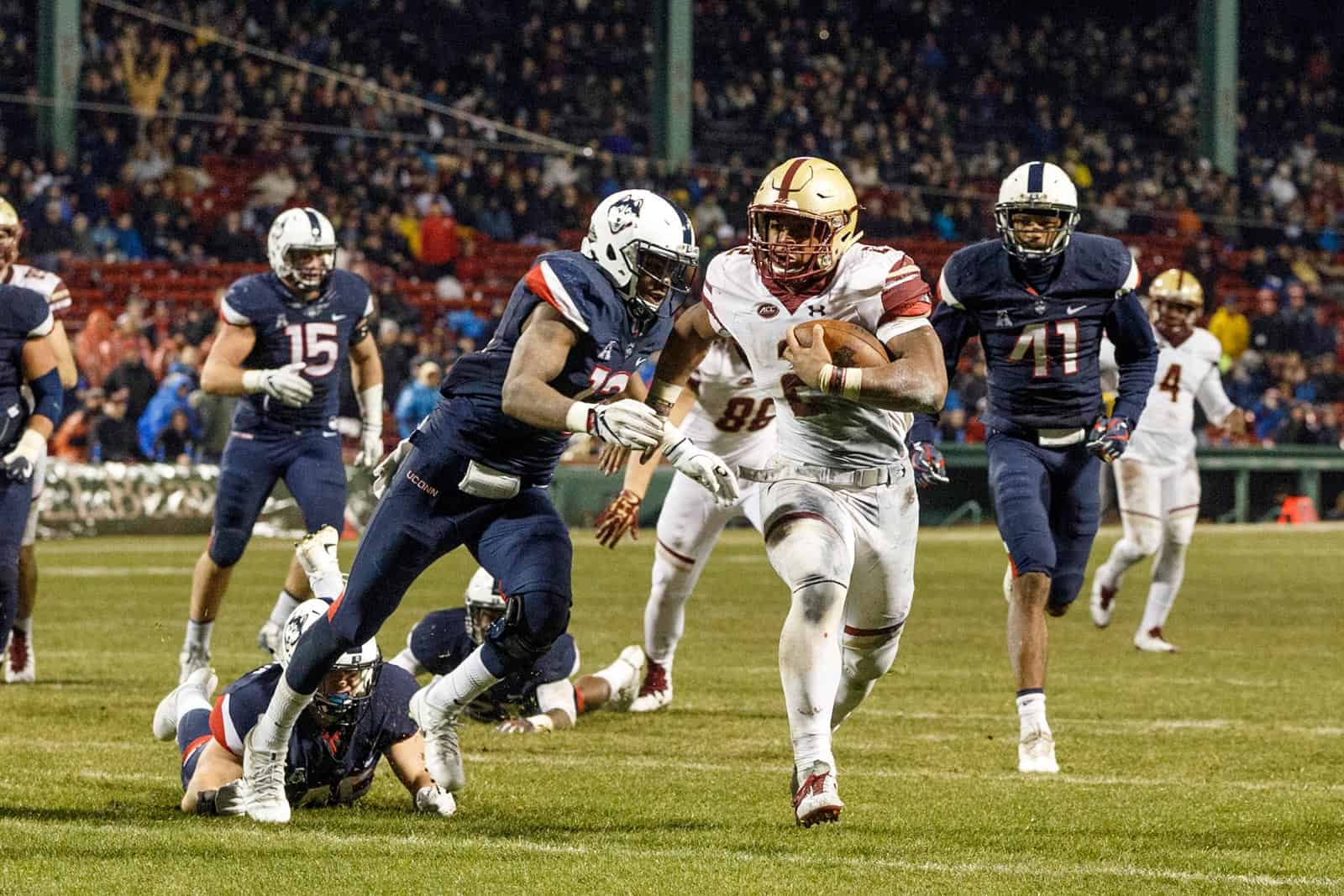 The UConn Huskies and the Boston College Eagles have swapped the sites of their football games in 2022 and 2023, FBSchedules.com has learned.

A copy of a letter reflecting the site changes was obtained from the University of Connecticut via a state Freedom of Information Act (FOIA) request.

According to the document obtained from UConn, the dates of the games in  2022 and 2023 will remain the same and only the sites are changing. Boston College will now travel to take on UConn at Rentschler Field on Nov. 19, 2022 and will host the Huskies at Alumni Stadium on Nov. 18, 2023.

The change in sites splits up UConn’s two Power Five non-conference opponents in 2022 and 2023. The Huskies were previously slated to play at both NC State and Boston College in 2022 and then host both schools in 2023.

UConn is the only non-conference opponent scheduled for Boston College for the 2023 season.

UConn is scheduled to open the 2019 season at home against the Wagner Seahawks on Thursday, Aug. 29. Boston College opens the season on Saturday, Aug. 31 with a home ACC contest against the Virginia Tech Hokies.

Now the real question is if UConn football exists then, or at least in the FBS