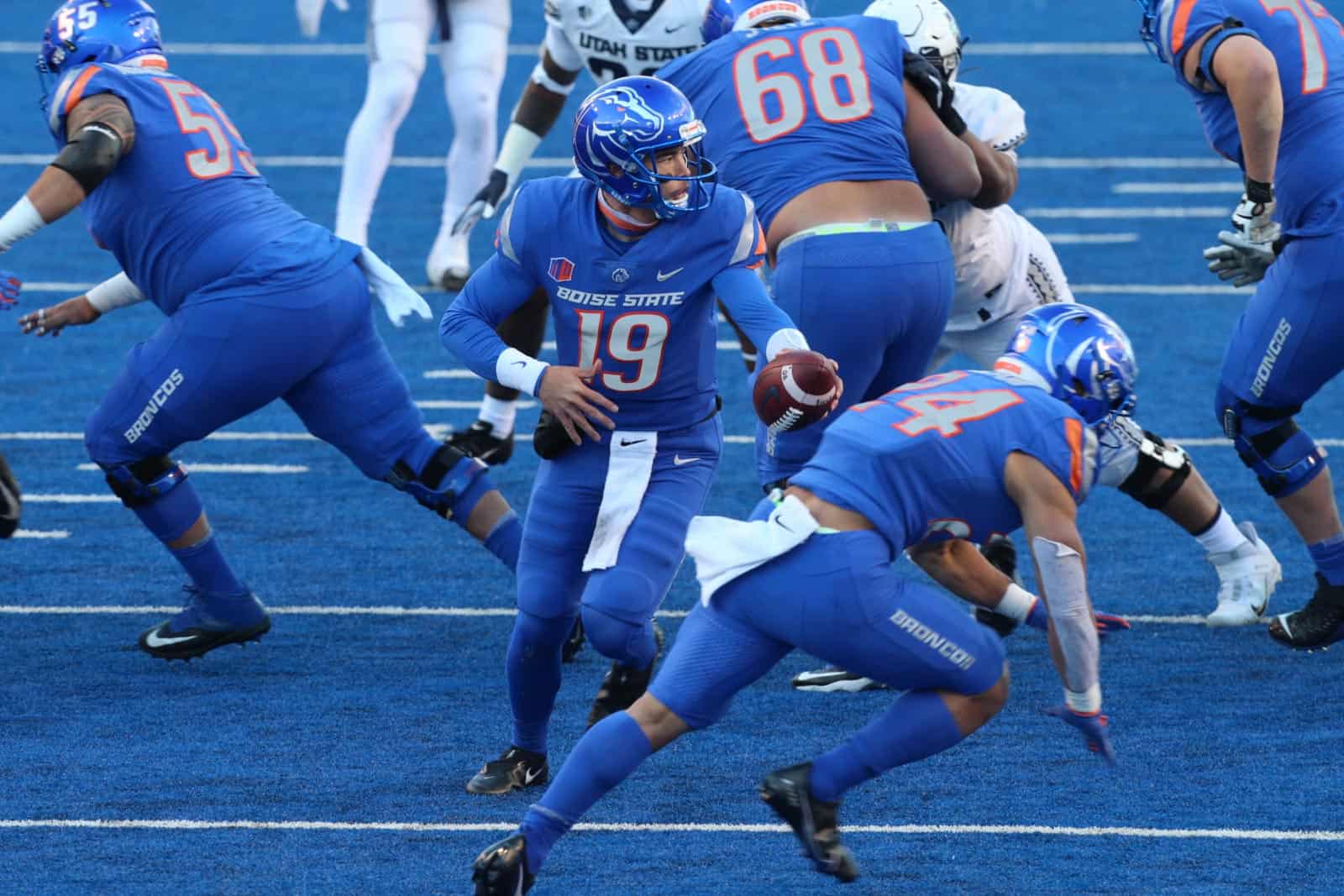 Boise State will play a pair of road games against the Washington Huskies. The two schools will square off at Husky Stadium in Seattle, Wash., on Sept. 2, 2023 and then again six seasons later on Sept. 8, 2029.

The Broncos were previously scheduled to play a home-and-home series with Michigan State in 2022 and 2023, but that series has been canceled.

Boise State was originally scheduled to host the Oregon State Beavers on Sept. 2, 2023. That contest has been postponed one season and will now be played on Sept. 7, 2024.

As a result of moving the Oregon State game to Sept. 7, 2024, the Broncos’ home contest against the Houston Cougars that season has been pushed back two weeks and will now be played on Sept. 21.

Boise State has also added home games against two FCS opponents. The Broncos will host the UT Martin Skyhawks on Sept. 17, 2022 and the North Dakota Fighting Hawks on Sept. 16, 2023.

“When evaluating these adjustments in totality, they were moves we needed to make,” Boise State director of athletics Jeramiah Dickey said. “We have talked about needing to be creative in seeking revenue-generating opportunities, and this is one of those times. We also needed a game in 2024, and these changes allowed us to put a bow on the nonconference schedule for that season.

“Our schedule is difficult and competitive moving forward. Coach Avalos and I are aligned in our scheduling philosophy, and today’s announcement represents several steps that will help get us in line with how we would like our schedule to look as we move forward – nonconference games against a Power Five opponent, BYU, a Group of Five opponent and an FCS opponent.”

Boise State will be paid more than $3 million for the games against Washington, and will not have to pay North Dakota for its trip to Albertsons Stadium. Boise State will pay UT Martin $425,000 to play in Boise, resulting in a roughly $3.1 million gain for the Broncos’ budget.

Below is the complete list of non-conference contests and changes announced today by Boise State:

So did Michigan State take a page from Michigan and back out of a series they probably would have lost both games?
This is the kind of crap that keeps teams like Boise State from the college playoff games. How can you expect Boise State to build a quality resume when they are being forced to play on the road and rarely get any return games back?
Case in point…..they had to replace the two MSU games with FCS schools because you know no supposedly “name” school will give Boise a home and home series.
Then you’ll have the clowns at ESPN rag on Boise’s schedule and say its not good enough…..damned if you do,damned if you don’t.

P5 Teams are scared to play teams like Boise, BYU, UCF, Memphis. If a P5 team loses to one of those teams that would eliminate them from the playoffs.

That’s why there needs to be a expanded playoff.

Boise State cancelled the Michigan State series so they could replace them with FCS home games and get two payday games at Washington.

I don’t understand why Boise does not need to pay ND for a one and done game. They are going to pay UT Martin $425k but nothing to ND? Seems like ND is giving up a massive payday.

That didn’t make sense to me either. Why is ND taking the game if they get no revenue from it? Is BSU giving them an allotment of tickets and ND to keep any revenue they make from selling them? It sounds unusual.

Also since they cancelled the BSU-MSU series, MSU & UW will now play the same seasons. For MSU, losing to UW isn’t as bad as losing to BSU.

Washington will pay North Dakota the guarantee for the Boise State game ($637,500). Washington was supposed to host UND that season, but UND will now play at Boise because Washington scheduled the series with Michigan State.

So who is paying UND for their trip to Boise if Boise St isn’t?

Washington is paying North Dakota. I cannot wait for the Tennessee-Martin game. Or even North Dakota. I was a little board waiting 10 years for Michigan State to show up. Can you imagine the spike in season ticket sales that these 2 games will bring?

This is really strange because I am not sure Washington is better or worse than Michigan St in the next few years, both teams can be either really good or not good. Giving up a great home game and adding the FCS teams works for the SEC but as the best team in the 7th best conference that in a few years will take the top six conference champions I would schedule up, get ignore the FCS teams and play as many teams from the Power 5 as I could, especially the ones you can beat.

I saw that both teams agreed to cancel the series and no cancelation payment was exchanged, but I fail to see how this helps Boise get to the 4 or 12 team playoff.

The big news here is that Michigan State has backed out of two games with Boise State…from fear of losing, no doubt. Big Ten teams are scheduling Division 2 teams and weak Division 1 teams more and more frequently in imitation of the SEC. Intra-conference and intra-regional games of real meaning are fast becoming a thing of the past in the mad scramble to make one eligible for third rate bowl games.

That is not factual, Michigan State did not cancel the series; Boise St did. This was 2 for 1, for MSU as they play back in 2013. Boise is changing their scheduling philosophy. MSU has upcoming home and home w/ Miami Fl, BC, Washington, Notre Dame, BC & Oregon and 9 conference games. I think the model Big 10 has is far superior than the SEC. Most play at least one true road game a year : One Power 5, One Mid Major & another Mid Major/FCS.