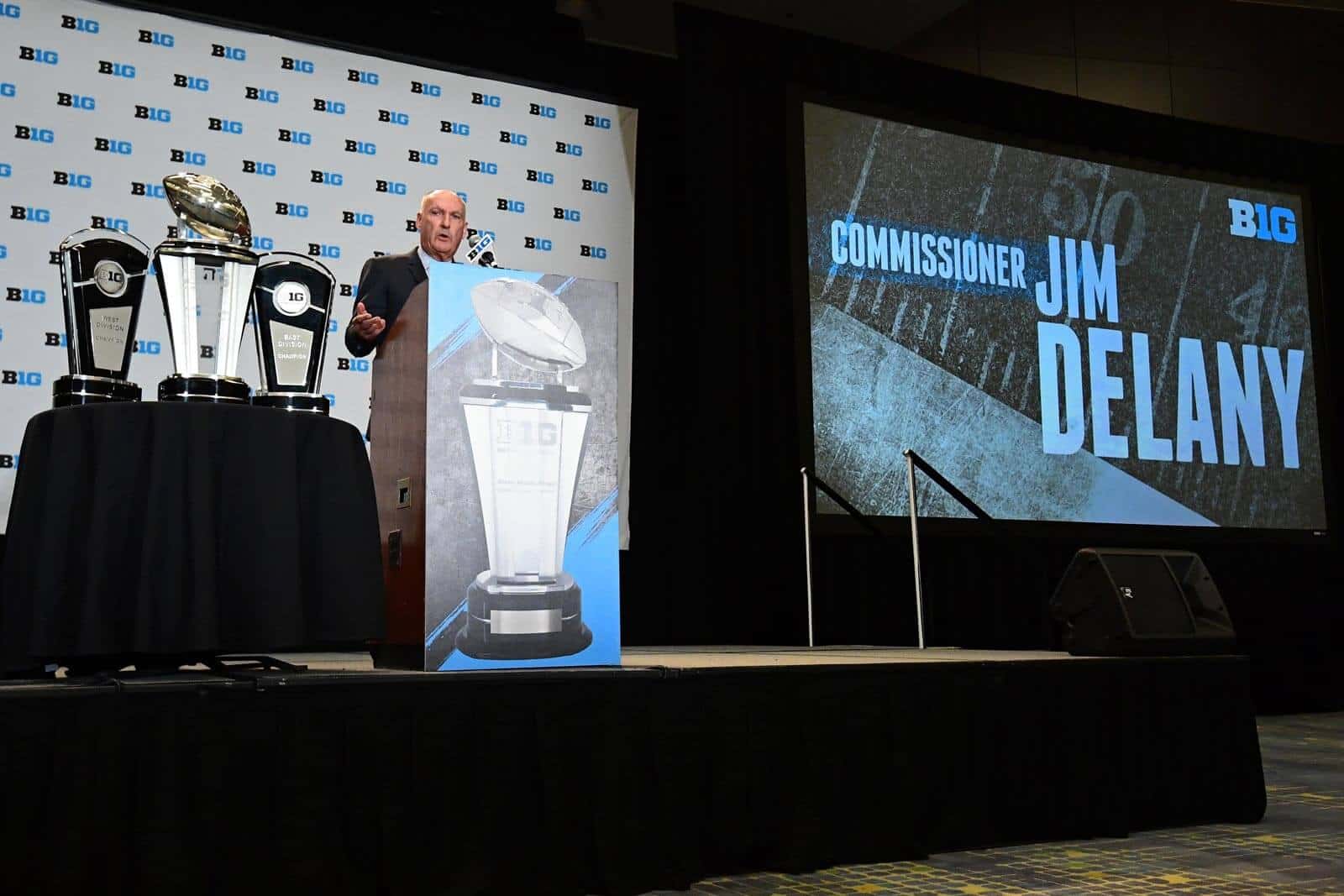 Two years ago, the Big Ten Conference announced a strength of schedule commitment for its members beginning with the 2016 season.

The commitment stated that each Big Ten team should schedule a non-conference game against a team from the ACC, Big 12, Pac-12, or SEC (plus BYU or Notre Dame).

In addition, Big Ten schools were required to stop scheduling games against teams from the Football Championship Subdivision (FCS). However, some future games were previously scheduled and those contracts were not required to be broken.

On Monday at 2017 Big Ten Media Days, commissioner Jim Delany announced that the conference has loosened their restrictions on scheduling FCS schools.

Specifically, in seasons when Big Ten members have only four conference home games, they will be allowed to schedule a team from the FCS.

“So we have modified it (the FCS policy),” Delany said. “And what we will do is allow our schools at least the opportunity to schedule an FCS game in years where they have four conference games. So we won’t have more than seven — a number of schools indicated they won’t be taking advantage of that opportunity. But I expect we’ll have three or four.”

Delany also noted that due to their nine-game conference football schedule, Big Ten teams were having a tough time scheduling three non-conference home games against only FBS opponents. Allowing FCS opponents in those seasons will alleviate that.

Below is a look at future games that Big Ten teams have scheduled against FCS opponents:

Now where all the big 14 err 10 bluster about how superior they are for not scheduling any cream puff games against lowly FCS teams. It appears they need them as much anyone else.

I’m all for bridging the gap between FCS and FBS, so this is good.

This is a win for FCS schools, since every conference schedules FCS teams here or there, the BIG is not going to be punished for playing FCS, I clearly don’t thing the committee is going to hold it against them. Considering that FCS schools have beaten P5 teams in the past from the BIG & any other conference.

Although not currently an FCS team, Idaho will be FCS when they visit Penn State in 2019,

I was surprised that Penn State kept that Idaho game on its schedule….but I feel this ruling would have produced backlash in every other sport as well and that is the main reason why saw the policy change.
If a FCS school wasn’t going to get scheduled in the biggest money sport,then why schedule ANY team against a Big 10 school….of course the SEC is going to be mad because they won’t have that monopoly on the FCS football teams they wanted.