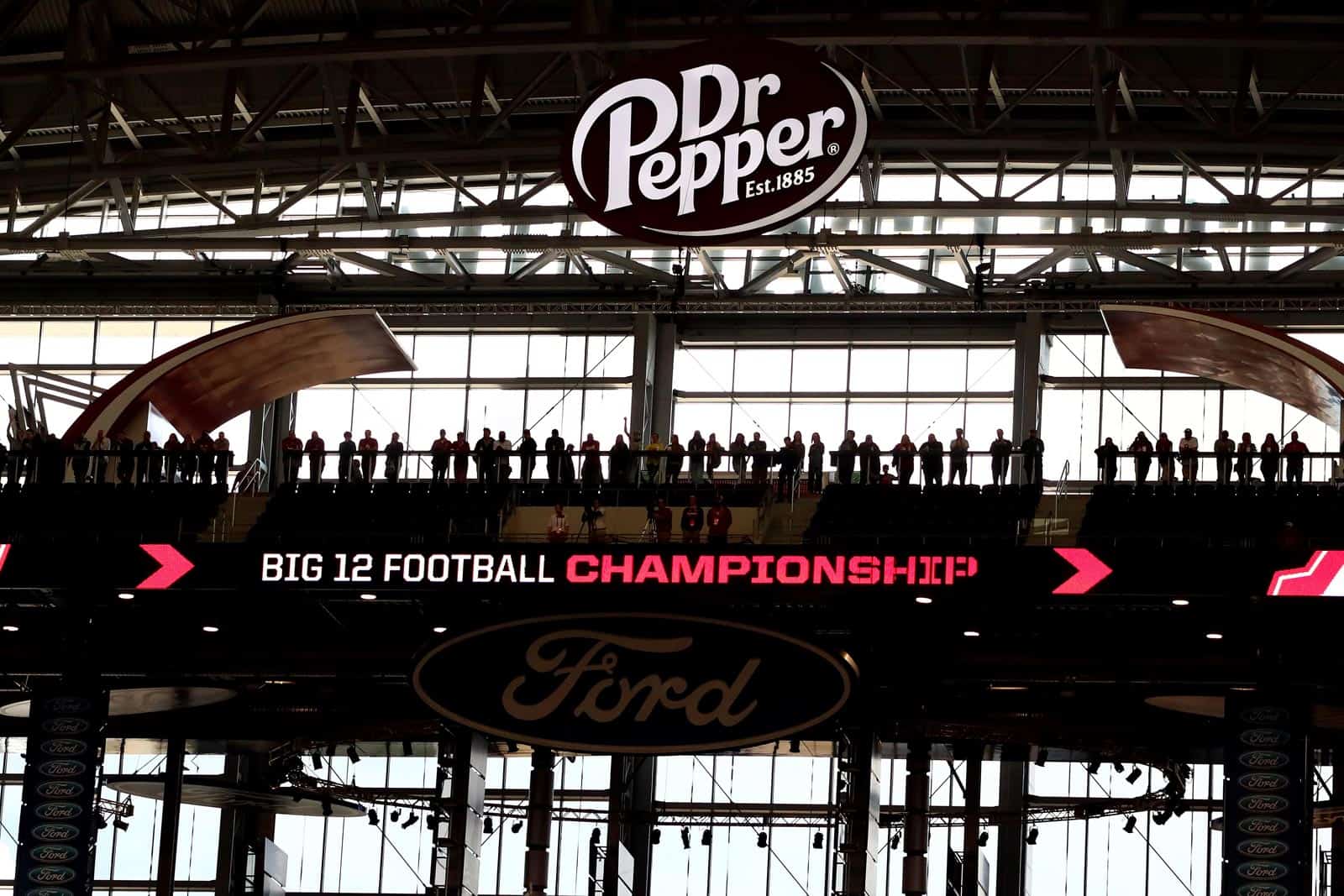 The Big 12 Football Championship Game has been set for Saturday, Dec. 19, the conference announced on Monday.

The game was previously announced as Saturday Dec. 12 or 19. Due to novel coronavirus 2019 (COVID-19) issues, one regular-season contest, Oklahoma State at Baylor, has been moved to Saturday, Dec. 12 and others could follow.

The 2020 Big 12 Football Championship Game will be played at AT&T Stadium in Arlington, Texas. Kickoff time and television have not been set, but will likely be announced no later than Dec. 7.

The Iowa State Cyclones and Oklahoma State Cowboys  are currently the top contenders to play in the championship game. The Cyclones are 5-1 in conference play, while Oklahoma State is a half game behind at 4-1.

Close behind the two leaders are the Oklahoma Sooners, Texas Longhorns, and Kansas State Wildcats. All three teams are currently 4-2 in Big 12 action.

The Oklahoma Sooners won the 2019 Big 12 Football Championship Game over the Baylor Bears, 30-23. The Sooners lead the Big 12 with 10 conference championship game wins and 11 appearances overall.