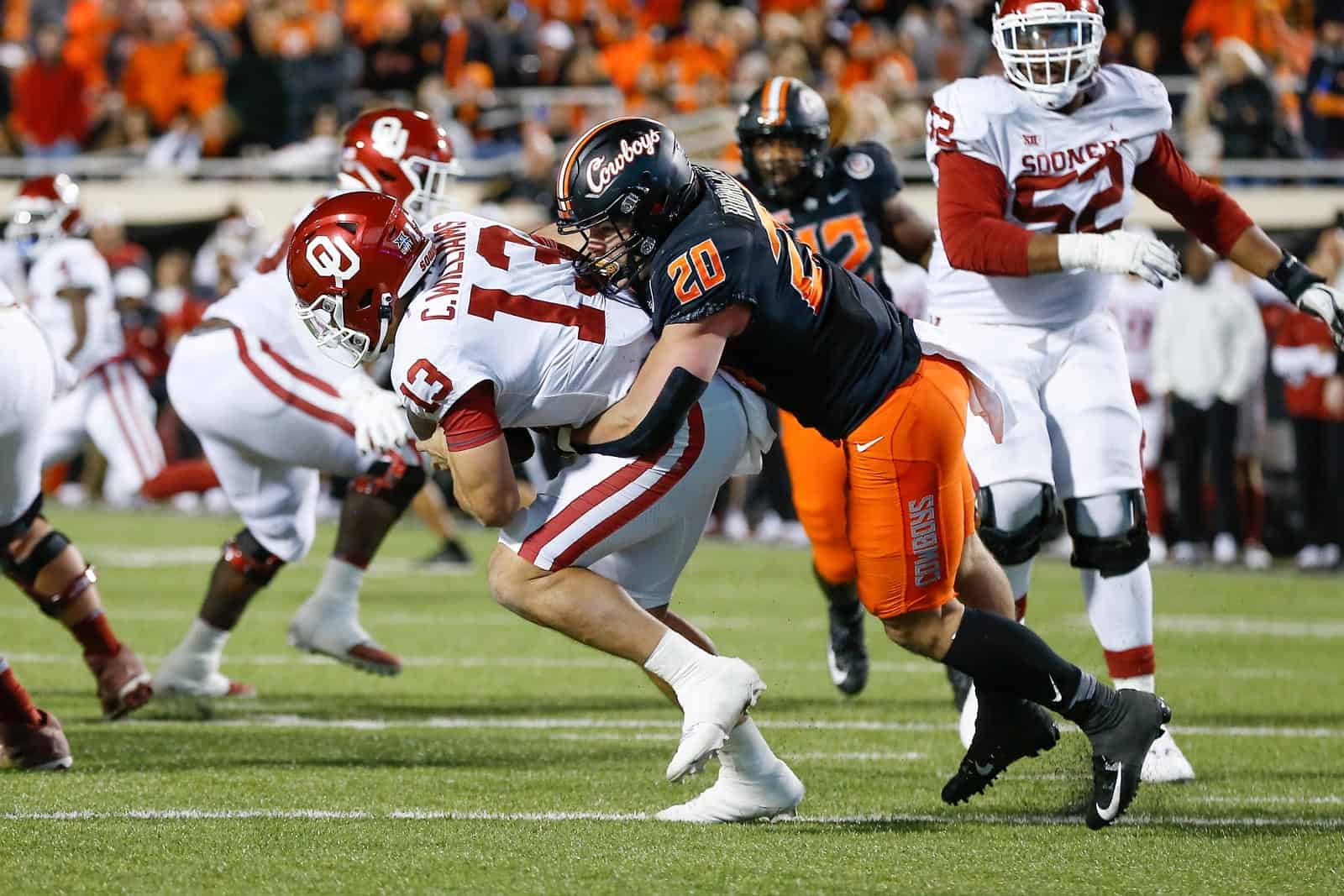 The Oklahoma Sooners and the Oklahoma State Cowboys, both current members of the Big 12 Conference, play an annual football contest that is nicknamed “The Bedlam Series.”

Bedlam, as its most commonly referred to, was first played in 1904 and has been contested each season since 1910. Last season, Oklahoma State ended a six-game losing streak in the Bedlam Series when they defeated Oklahoma 37-33 at home at Boone Pickens Stadium in Stillwater, Okla. However, the Sooners still lead the overall series with the Cowboys, 90-19-7.

The two schools are scheduled to meet this season at Gaylord Family Oklahoma Memorial Stadium in Norman, Okla., on Saturday, Nov. 19. Unfortunately, that could be one of the final few meetings between the two schools due to the Sooners departing the Big 12 for the SEC in 2025.

According to a report by Brett McMurphy of The Action Network, athletic directors at both schools indicated that the Bedlam Series will not continue, which is another historic rivalry claimed by conference realignment.

Oklahoma State also has a full non-conference schedule for the foreseeable future, at least in their eyes. The Cowboys have a Power Five opponent scheduled for each season through 2029, and then from 2032 through 2037.

“It (playing Oklahoma) presents logistical issues under our current (scheduling) structure,” Oklahoma State AD Chad Weiberg told The Action Network. “We don’t have any openings to play them. We’re full. Unless there are significant undertakings to make the game happen, it can’t happen.”

Oklahoma, which will have more flexibility in their non-conference scheduling if the SEC retains an eight-game league slate, says that Oklahoma State is not interested in meeting in the future.

“Oklahoma State has shown no interest to schedule any future games in football, so we’re moving on (with filling OU’s future nonconference openings),” Oklahoma Director of Athletics Joe Castiglione said.

Hopefully when conference realignment slows down and the SEC cements their future football scheduling format, the Sooners and Cowboys will return to the negotiating table.

It’s an absolute shame that this series will not be played anymore. The demise of Bedlam, the Backyard Brawl, etc., is bad for the game.

2 things could change that

1. Reduction of conference games to 7 across the Power 5, making more room for the game to be scheduled

2. A state law requiring the game to be played a la Clemson-South Carolina. It would be one of the few good laws enacted in Oklahoma in recent years given its control by the GOP.

It is not going to happen!
ESPN and Fox want more conference games not less. Conference teams want to actually play other teams in the conference more often. Please stop spewing this foolishness Z-man.

helping you with that Kevin because it was needed

Less conference games means more high-profile OOC games. That would look good in the eyes of the CFP committee. And playoff contenders should want to impress the committee, any way they can, even if it means reducing the amount of conference games.

If that doesn’t happen, the law requiring Bedlam to be on the schedule should be put on the table. Similar laws in four Southern states with a public school in both the ACC and SEC have kept the games between those teams on the schedule for decades. Oklahoma could learn from those states. It would be better than some of the other laws recently enacted in those states.

Regardless, 7 is also a lucky number.

Keeping this rivalry alive ain’t that hard to do, sit down, adjust OOC games like the vast majority of FBS teams have done the past 3 years.

Reducing conference games to 7 across the P5 is also good because it allows for even more marquee OOC games which would look good in the eyes of the CFP committee.

Please stop with the non-sensical 7-conference game schedule. With 16-school membership just around the corner and the likely abandoning of divisions, a 7-game conference schedule would represent playing only 47% of possible league opponents. How would that even come close to yielding a deserving conference champion? It would not!

PS – Please refrain from expressing directly or indirectly your ephebic and benighted political thoughts. The followers of this site are all beginning to experience ocular pain. 😵

You should be wanting contenders to impress the committee any way they can even at the cost of conference games.