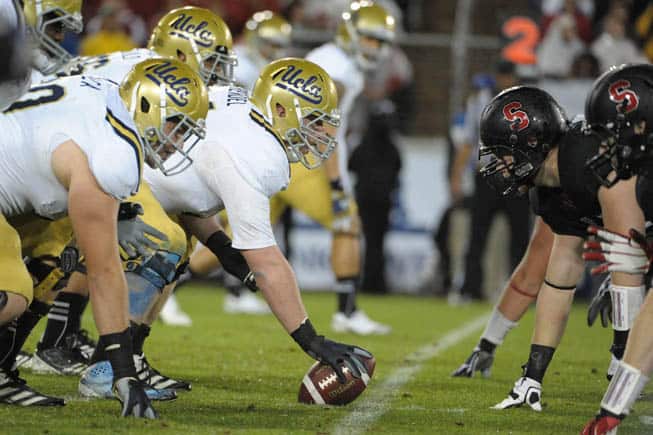 The six BCS AQ Conferences have each announced their football TV schedule for the weekend of October 19, 2013.

CBS will have a special doubleheader of SEC football games that weekend. The SEC on CBS begins with Georgia at Vanderbilt at noon ET and will be followed by Auburn at Texas A&M at 3:30 p.m.

The SEC has placed a 6-day hold on the television designations for two match-ups. Arkansas at Alabama and LSU at Ole Miss will both kickoff at 7 p.m. ET and will be televised by either ESPN or ESPN2.

In the ACC, the TV designation for one match-up will be decided next week. Maryland at Wake Forest will kickoff at 3:30 p.m. ET on either ESPN or ESPNU.

The remainder of times and TV for the weekend of 10/19 are listed on each team’s 2013 football schedule.