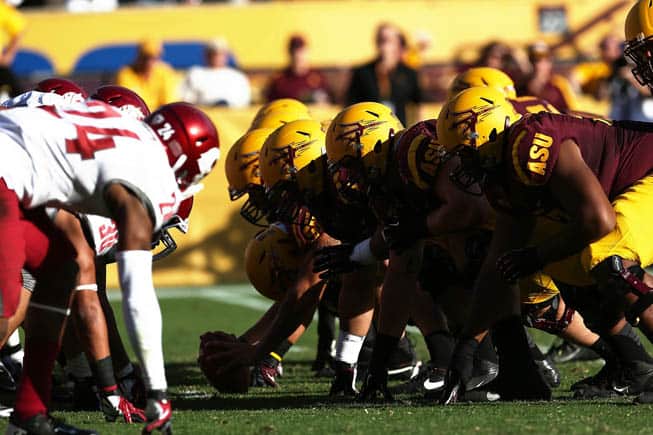 The six BCS AQ Conferences have each announced their football TV schedule for the weekend of November 2, 2013.

Georgia vs. Florida (at Jacksonville, FL) was previously announced as the SEC on CBS Game of the Week at 3:30pm ET. Auburn at Arkansas and Tennessee at Missouri will kickoff at either 6 or 7pm ET on ESPN or ESPN2.

In the ACC, the TV designation for two match-ups will be decided next week. Virginia Tech at Boston College will kick off at noon ET on ABC, ESPN or ESPN2. Clemson at Virginia will kick off at 3:30pm ET on either ABC or ESPN.

The Big Ten also has two games on a network hold. Illinois at Penn State and Wisconsin at Iowa will each be televised by either ABC, ESPN or ESPN2 at noon ET.

The remainder of times and TV for the weekend of 11/2 are listed on each team’s 2013 football schedule.