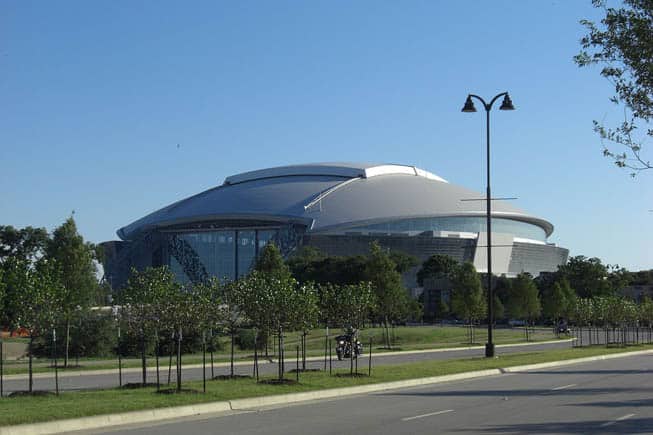 The Dallas Cowboys and AT&T reached a multi-million dollar deal for the naming rights, which takes effect immediately. New signage will be placed inside and outside the stadium and will blend in with the current design according to Jones.

“AT&T is an iconic American leader that has guided the path of communication in the world for more than 100 years,” Jones said. “Our stadium has always been about providing fans with an unsurpassed experience in the area of technology. With AT&T, we are growing our relationship with one of the world’s strongest and most innovative companies to ultimately provide fans with the latest cutting-edge technology for many years to come.”

AT&T Stadium opened on May 27, 2009 and held its first event, a country music concert, ten days later on June 6.

Now all my calls will get intercepted.

I hate all these ‘named’ stadiums now with advertising. Isn’t it enough that tickets are very high, parking prices are now ridiculous, concession foods are outrageous and then we cannot even have our own teams name attached to our hometown stadium.

I agree with Stan. From now on I am staying away from products produced by corporations that think their name has to be on a stadium. They get enough advertising inside. Boycott them!

This is the fourth time that AT&T has used its name on a stadium or arena (AT&T Center-home court of the NBA’s San Antonio Spurs, AT&T Park-home of the San Francisco Giants from MLB’s National League, and Jones AT&T Stadium-home of the Texas Tech Red Raiders football program).

If the Cowboys win the Super Bowl, no one will mind.

It’s a match made in heaven. AT&T & the Cowboys defense both have mediocre coverage.

This is what happens when you have more money than good sense.