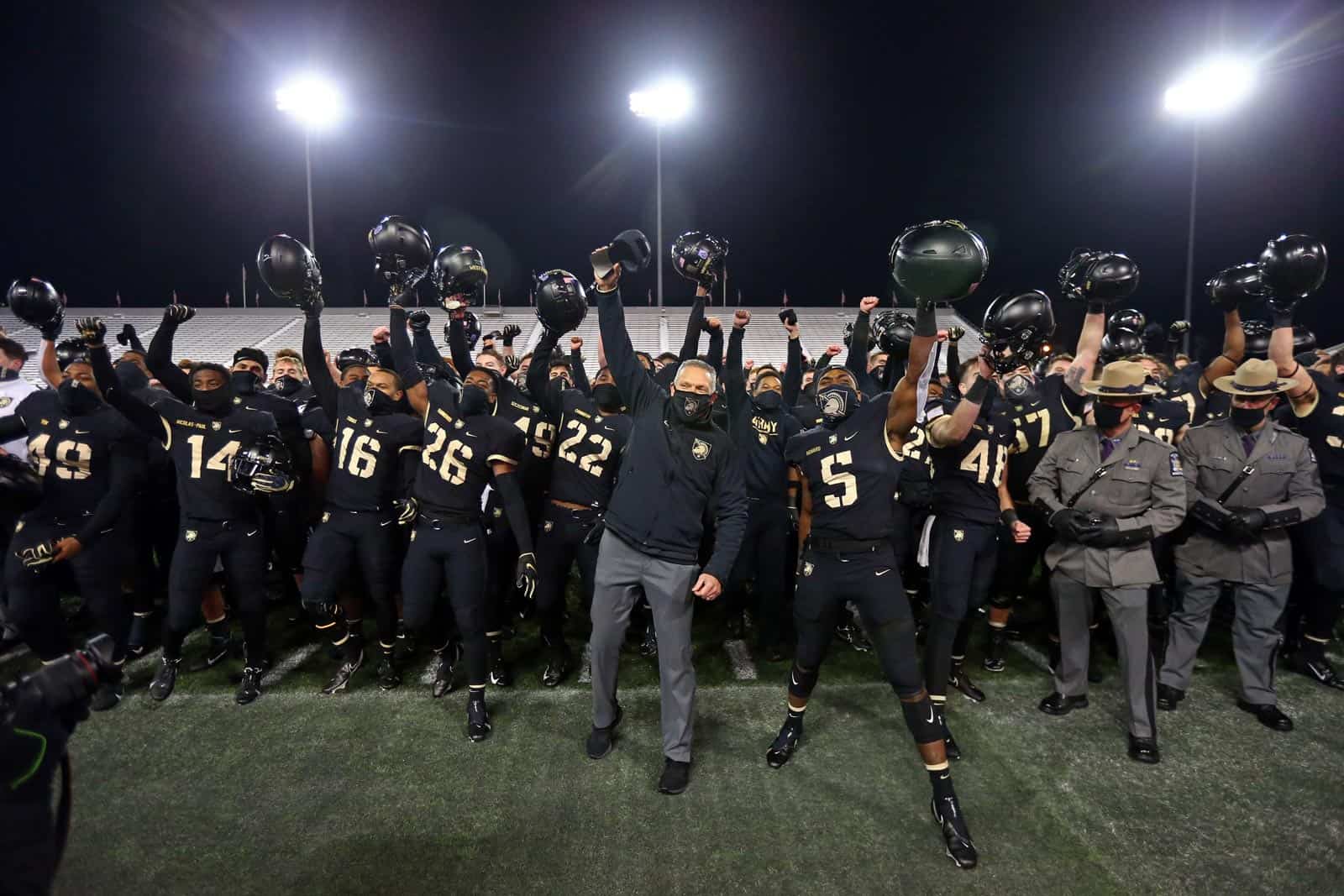 The Army Black Knights will play the West Virginia Mountaineers in the AutoZone Liberty Bowl, it was announced on Monday.

Army is replacing the Tennessee Volunteers in the game due to the Volunteers experiencing a rise in positive COVID-19 test results, including for head coach Jeremy Pruitt.

Army and West Virginia will square off at Liberty Bowl Memorial Stadium in Memphis, Tenn., on Thursday, Dec. 31, 2020 (New Year’s Eve). The game, which will be televised by ESPN at 4:00pm ET, will mark the fourth meeting between the two schools on the gridiron.

In their first meeting on the gridiron in 1941 in West Point, N.Y., Army defeated West Virginia 7-6. The two schools met twice more in West Point, with the Black Knights winning 19-0 in 1946 and the Mountaineers claiming their first victory in 1961, 7-3.

Army was previously scheduled to play in the 2020 Radiance Technologies Independence Bowl in Shreveport, La., but the game was canceled due to there not being enough teams willing to compete this post-season.

Army Director of Athletics Mike Buddie took to Twitter on Sunday night to announce they would look for another bowl opportunity.

“These young men haven’t quit all year and we surely won’t quit now,” Buddie said. “They deserve better. Period. They have earned an opportunity to get 10 wins and, as we have all year, we will continue to fight to get them that opportunity.”

On Monday, that opportunity presented itself.

Great news indeed. Glad they are getting to play another game.

Echoing the other commentators, very pleased to see this. Good for Army, good for the Liberty Bowl, good for the academies more broadly, good for college football …. and, of course, I hope Tennessee’s COVID outbreak is not too severe.

One other thought here: it’s surprising this will be only the fourth meeting between the ‘eers and the Black Knights of the Hudson given the prolonged periods of time the programs have served as Independents and that only about 400 miles separate the two campuses.

I’m glad Army got a much deserved bowl game. I think the Tennessee statement meant to say that they were declining due to an outbreak of COVID and EMBARRASSMENT for undeservedly taking a bowl spot.

I’m surprised South Carolina hasn’t pull out due to a severe case of embarrassment breaking out in their program for a 2 win team accepting an undeserving spot in a bowl game.