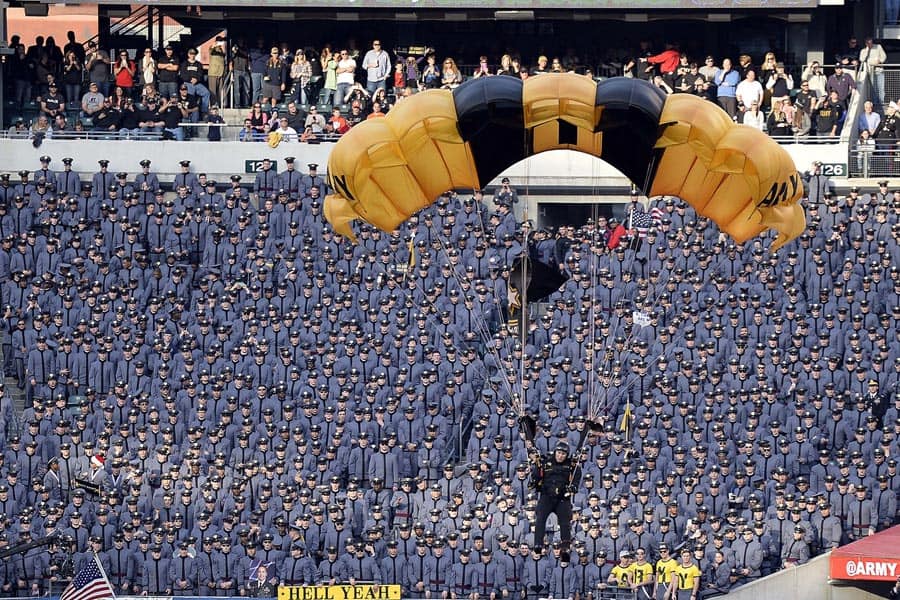 A member of the Golden Knights jump into the stadium before the 2015 Army-Navy Game. (Tommy Gilligan-USA TODAY Sports)

The Army Black Knights have announced kickoff times for their 2016 home games, which includes five contests at Michie Stadium in West Point.

Army West Point’s 2016 home-opener is set for Saturday, Sept. 10 against the Rice Owls. The game will kick off at Noon ET on CBSSN.

The other four home games for the Black Knights will also kick off at noon on CBSSN. Those four games include Lafayette (Oct. 15), North Texas (Oct. 22), Air Force (Nov. 5), and Morgan State (Nov. 19)

Army opens the 2016 season on the road at Temple at Lincoln Financial Field in Philadelphia on Friday, Sept. 2 (7pm ET, CBSSN). The Black Knights are also set to take on Notre Dame at the Alamodome in San Antonio on Saturday, Nov. 12 (Time TBA, NBC).

The 2016 Army-Navy Game, which will be played on Dec. 10 at M&T Bank Stadium in Baltimore, Maryland, is scheduled for 3pm ET on CBS.