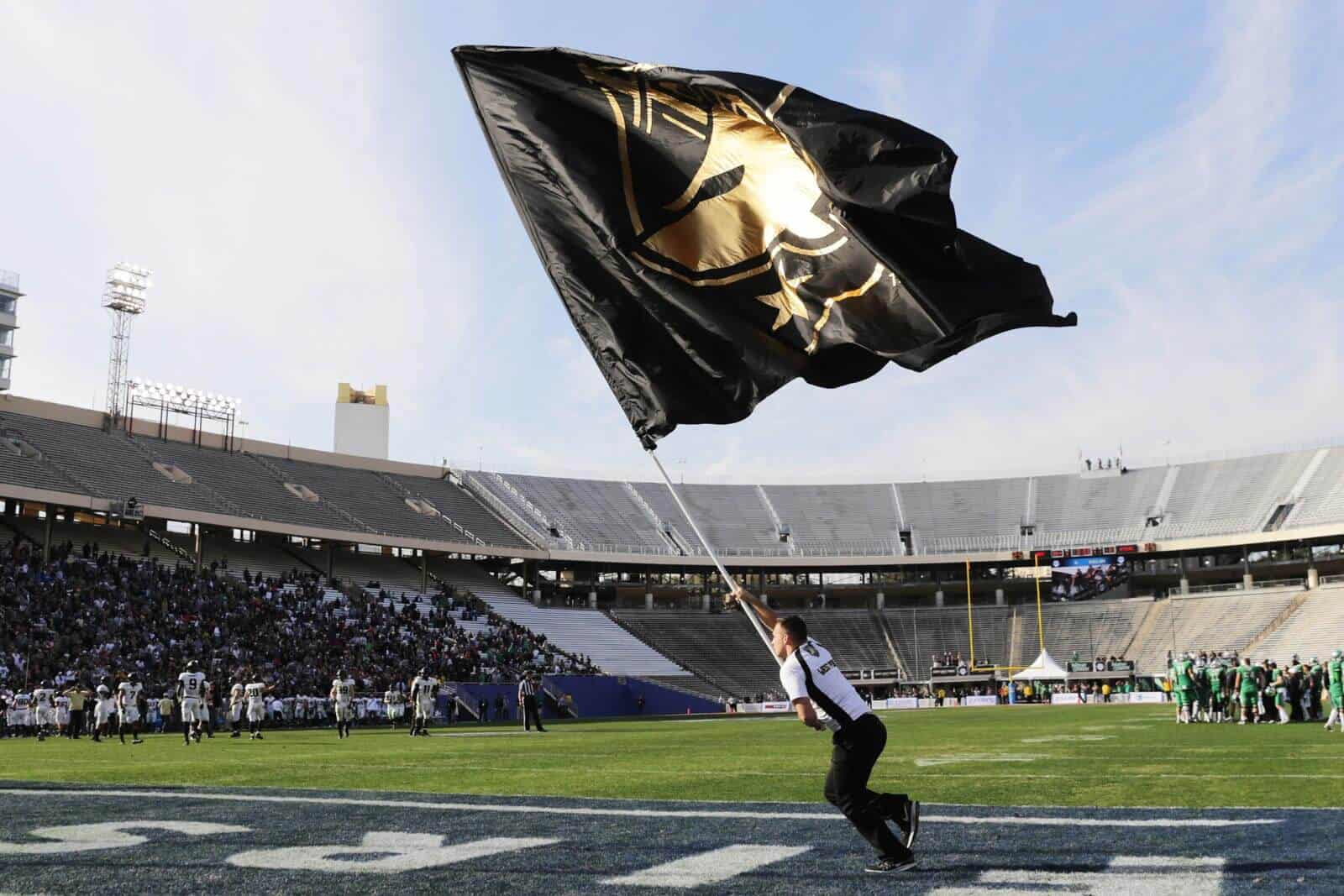 The Black Knights open the season with a trip to Duke on September 1, 2018. Liberty will visit the following week, with a home tilt against Hawaii following on September 15. Miami (Ohio), Air Force, Lafayette and Colgate will round out the Army home dates.

With all due respect, the 2018 home football schedule for Army has got to be one of the worst in history.

Rick you’re right, getting my block M logos mixed up. Then yeah, this is a terrible home slate (but cost effective for the government!)

Doesn’t need to be cost effective. The football program finds itself, every other West Point athletic program, and then some

Army’s been playing 2 FCS games for a number of years. For awhile it didn’t really affect them because they couldn’t sniff 6 wins. Now that they’re more competitive I guess they feel it’s either worth it or they can get a bowl waiver anyway (and they’re probably right).

Not a good home slate for ’18 (or ’19), but the Oklahoma series is scheduled to be a true home-and-home with the Sooners coming to Michie Stadium in 2020. That is quite the coup if OU doesn’t find a way to get out of it or get it moved to MetLife or somewhere. That will be a big deal.

Georgia Southern is located in a state with two major army bases. Think they would play us? No way, Jeff Monken is scared to play the team he once coached. Man up Jeff.