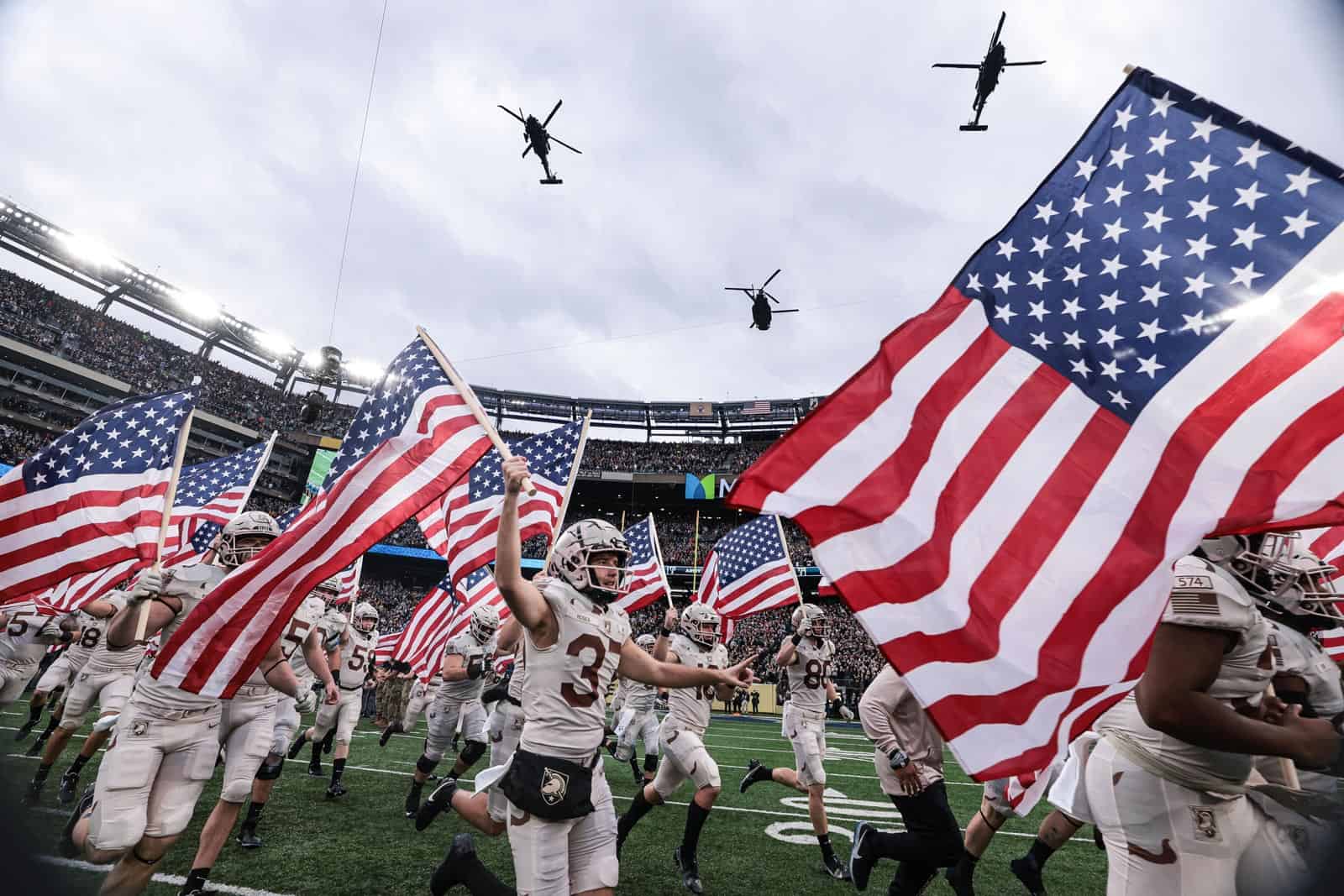 The Army-Navy Game 2022 is set for Saturday, December 10, and it marks the 123rd football contest between the Black Knights and the Midshipmen.

Army and Navy will square off at Lincoln Financial Field in Philadelphia, Pa., and the game will be televised by CBS at 3:00pm ET and streamed for free on CBSSports.com and the CBS Sports app (no login required).

Army comes in to the game having won two consecutive contests. The Black Knights are 5-6 overall this season and did not meet the minimum qualifications to compete in a post-season bowl game. Army played and defeated two FCS opponents this season, Villanova and Colgate, but only one win over an FCS opponent counts towards bowl eligibility each season.

Navy heads into the rivalry game following their 17-14 win on the road against the then 24th-ranked UCF Knights back on November 19. However, the Midshipmen will finish with a losing record for the third consecutive season at 4-7 overall (4-4 in American Athletic Conference action). The Army-Navy Game will be the final game for both teams this season and will also mark the third consecutive season without a bowl game appearance for the Midshipmen.

Navy defeated Army last season, 17-13, in a contest that was played at MetLife Stadium in East Rutherford, N.J., for the first time since December 7, 2002. The Midshipmen have won two of the last three meetings against the Black Knights and lead the overall series 62-53-7.

Army will wear a uniform combination that honors the “Iron Soldiers” of the 1st Armored Division and will take the field in Philadelphia inspired by the story of “Old Ironsides.”

Navy’s special uniform for this season is astronaut-themed and pays homage to NASA. Per their uniform reveal release, fifty-four United States Naval Academy graduates have gone on to become astronauts, the most of any institution.

The Army-Navy game is the final FBS regular-season game in 2022. The 2022-23 College Football Bowl Schedule is scheduled to kick off on Friday, Dec. 16 with two contests.

For more on this season’s matchup between the Army Black Knights and the Navy Midshipmen, check out Amy’s 2022 Army-Navy breakdown.

On Saturday, #ArmyNavy coverage starts at noon across the Nation and around the globe leading into America's Game 🇺🇸