Breaking down the 2022 Army-Navy Game 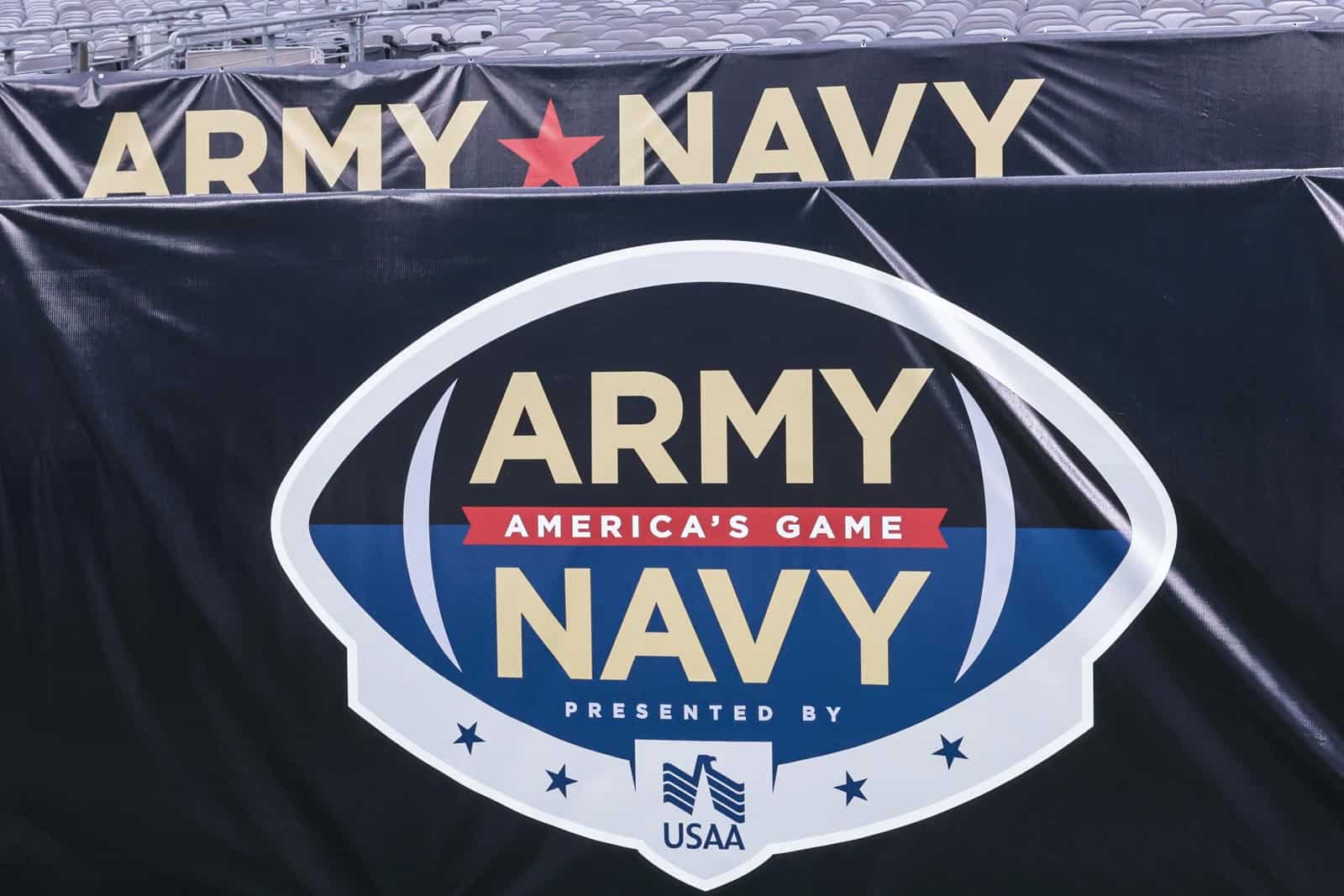 The only game slated for what’s technically Week 15 of the 2022 college football schedule is the game – the 123rd edition of the Army-Navy Game.

Despite its’ 4-7 record, Navy has one of the best rush defenses in the nation. Allowing just 86 ground yards per game the Midshipmen are No. 4 in the FBS vs. the run, just one notch down from a Michigan defense giving up 85. And rather than being an accolade earned against a long line of cupcakes, Navy has shut down, or at least contained, two of the best rushing attacks in the country this year. In October it limited Air Force’s triple-option attack – the No. 1 rushing unit in the FBS, averaging 331 yards per game – to 200 in a narrow 13-10 loss. Next up, in their most recent outing, the Midshipmen squelched a UCF ground game averaging 236 yards (No. 8 in the FBS) to a mere 84 – its fewest of the season – in a 17-14 upset win. It’s the same unit that also put the squeeze on a Notre Dame offense averaging 183 rushing yards, allowing just 66 in a narrow 35-32 loss.

Cue up Army, ranked an unsurprising No. 2 in the nation in rushing offense (averaging 304 yards), and this matchup is yet another test for an elite Navy defense that won’t get a lot of credit due to the team’s disappointing win/loss record.

What may ultimately decide the outcome is the Midshipmen’s offense that while ranked No. 7 in the FBS in rushing offense has struggled to score. Navy’s O is averaging 22.4 points per game earning it a No. 104 rank nationally. The good news? Army’s D is ranked No. 115 – in America – vs. the run.

Army: Senior DB Marquel Broughton (#20) (tied for the fifth most interceptions in the FBS and the fourth most forced fumbles)

Hardware Up for Grabs

The Commander in Chief’s Trophy – The three-way contest between Army, Navy and Air Force, the Commander in Chief was established in 1972 to ensure that the newer Air Force Academy (which kicked off football in 1957) would play Navy and Army (both dating back to 1891) annually. The Falcons lead the way with 21 trophies, followed by the Midshipmen with 16 and the Black Knights with nine.

Air Force sunk Navy 13-10 at home on Oct. 1 and then downed Army 13-7 in Arlington, Texas on Nov. 5. Regardless of what happens in this Saturday’s game, the two victories earned the Air Force Falcons their first Commander in Chief’s Trophy since 2016.

The Thompson Cup – The third prize associated with Army-Navy, The Thompson Cup honors its donor, Robert Means Thompson. Thompson graduated from the Naval Academy in 1868, served as a Navy officer, organized the Naval Athletic Association, graduated from Harvard Law School in 1874, made a fortune in the mining business and served as president of the American Olympic Association for the 1912 and 1924 Olympic Games.

(3) Next year, Massachusetts will play host for the first time in history when the game moves to Gillette Stadium in Foxborough. In 2024, it’s back to Landover, Md. for the first time since 2011 and in 2025 Baltimore, which last hosted in 2016, gets the nod. That leaves 2026 when East Rutherford, N.J. gets another turn before the game returns to Philadelphia.

(4) Both teams’ most lopsided win in series history came in Philadelphia: In 1973, three-win Navy blasted Army 51-0. Those Black Knights finished 0-10, one of only two winless campaigns in program history, the other coming in 2003, a 0-13 record in their second-to-last season in C-USA. Army’s biggest-ever win came in 1949, a 38-0 shutout victory over the Midshipmen that capped off a perfect 9-0 campaign and a No. 4 finish in the AP under coach Red Blaik.

(5) Philadelphia was also host to the 1939 contest when the captains of both teams hailed from the same high school. Harry Stella (Army) and Allen Bergner (Navy) both attended Kankakee High School in Kankakee, Illinois, located an hour south of Chicago. The Midshipmen won the ’39 contest 10-0. Stella – a tackle who was a first team selection to the 1939 All-American team – went on to serve in both World War II and the Korean War, receiving the Silver Star. Bergner – a four-sport athlete at the Naval Academy – survived the attack on Pearl Harbor and was a commander in both World War II and the Vietnam War.

(6) The 1963 game, a 21-15 win for Navy and another Philadelphia hosted affair, was the first-ever to use instant replay. According to USA Today:

Army quarterback Rollie Stichweh scored two touchdowns in a matter of a few seconds, at least that’s what many viewers of the 1963 Army-Navy game thought they saw during that December broadcast.

Calls flooded into CBS’ switchboard despite announcer Lindsey Nelson’s warning: “This is not live. Ladies and gentleman, Army did not score again.”

The confusion from people at home was understandable. What viewers saw was the debut of instant replay, the invention of CBS Sports director Tony Verna.

Since the initial replay needed some time to queue the tape up, there’s a story about CBS sending somebody on the field to act as a drunk fan to hold the game up some so Verna could queue up the replay.

(7) Though ten sitting U.S. Presidents have attended the Army-Navy game since Teddy Roosevelt first visited in 1901 (it’s still unclear whether Joe Biden will be at this year’s game) only one future commander-in-chief played for one of the two schools. That was Dwight Eisenhower, a highly-regarded running back – the New York Times called him “one of the most promising backs in Eastern Football” – who played for Army from 1911-12. Though a knee injury prevented him from ever participating in the Army-Navy game, he graduated from West Point in 1915. The only other two U.S. Presidents to graduate from either school were Ulysses S. Grant (Army, 1843) and Jimmy Carter (Navy, 1946).

The GAME has been played only 1 time on the West Coast. In the Rose Bowl Stadium, on November 25, 1983. And the one time in Chicago back in 1926. All other games have been played in the Northeast.

Biden won’t be there. He snubbed the game last year because he’s scared of hearing “Let’s go Brandon” chants from the crowd. Trump on the other hand got thunderous standing ovations every time he was there, including the 2018 game I was at.