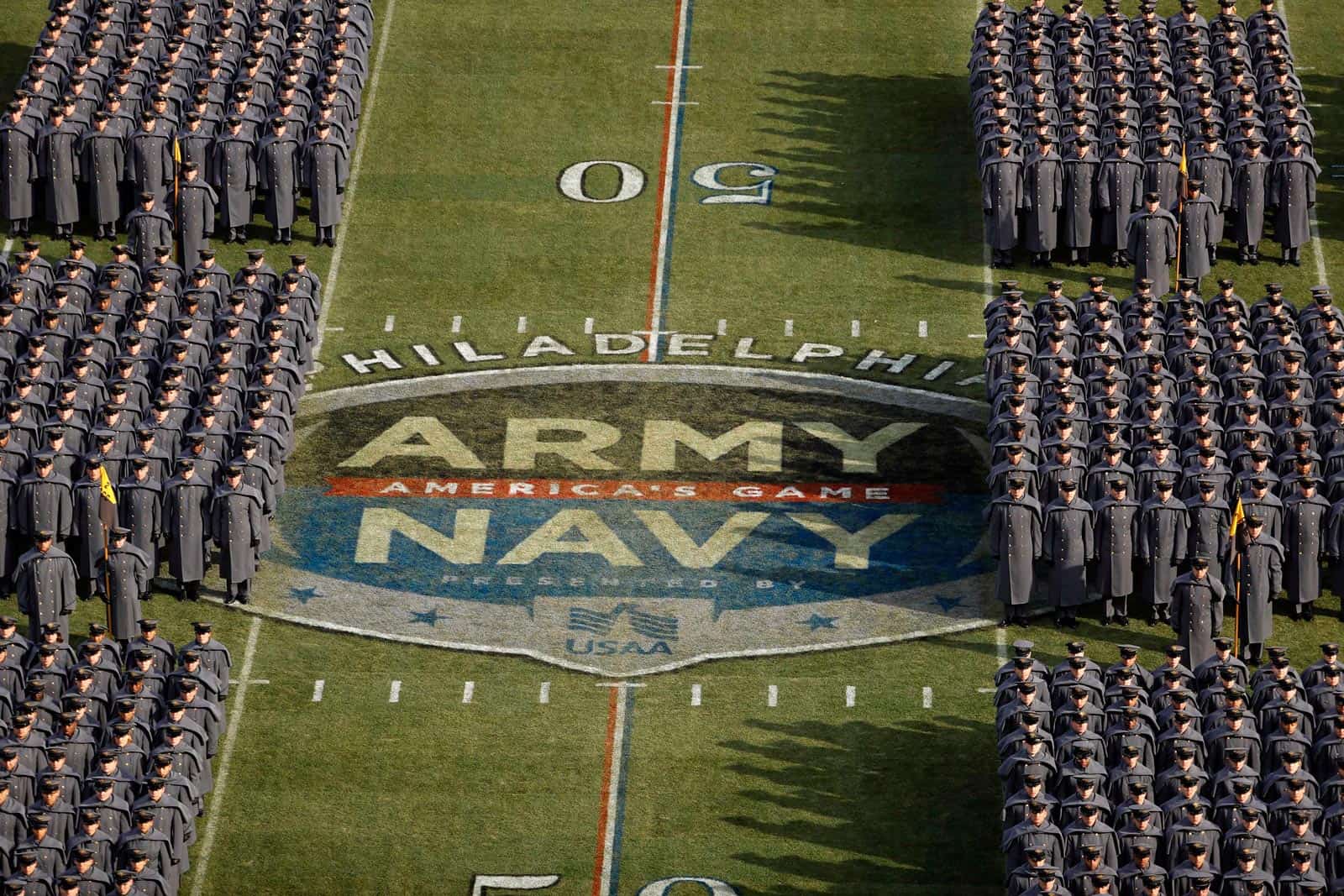 The Army-Navy Game 2019 is set for Saturday, December 14, and it marks the 120th football contest between the Black Knights and the Midshipmen.

In 2021, the Army-Navy Game will be played at MetLife Stadium in East Rutherford, N.J., before moving back to Philadelphia for the 2022 contest.

Navy dives in to the game on a two-game winning streak. The Midshipmen have also won seven of their past eight games and are currently 9-2 overall (7-1 American). Navy will face Kansas State in the 2019 AutoZone Liberty Bowl on Tuesday, Dec. 31 at 3:45pm ET (ESPN).

Army comes in to the game having lost six of their last eight games. The Black Knights are 6-7 overall and will not play in a postseason bowl game in 2019, which snaps a streak of three consecutive seasons making a bowl game appearance.

Army has been victorious in the last three Army-Navy games for their first three-game winning streak in the series since a five-game streak from 1992 through 1996.

Although the Black Knights have won the last three contests, the Navy Midshipmen still lead the overall series 60-52-7 and have won 14 of the last 17 meetings.

If Navy beats Army, the Midshipmen will claim the Commander-in-Chief’s Trophy for the first time since 2015.

Earlier this season, Air Force beat Army 17-13 and Navy beat Air Force 34-25. Therefore, an Army win over Navy on Saturday would result in a three-way tie. As the current holder, Army would then retain possession of the Commander-in-Chief’s Trophy for the third consecutive season.

Army will wear a uniform combination called “First Team,” which is a tribute to the soldiers of the 1st Cavalry Division.

Our threads for Saturday.

Navy’s special uniform for this seasons game honors the 1960’s Midshipmen teams along with Joe Bellino and Roger Staubach, both Navy alums and Heisman Trophy winners.

The Army-Navy game is the final FBS regular-season game in 2019. The bowl season kicks off on Friday, December 20 (College Football Bowl Schedule).

For more on the Black Knights and Midshipmen, check out Amy’s 8 things you didn’t know about the Army-Navy series.