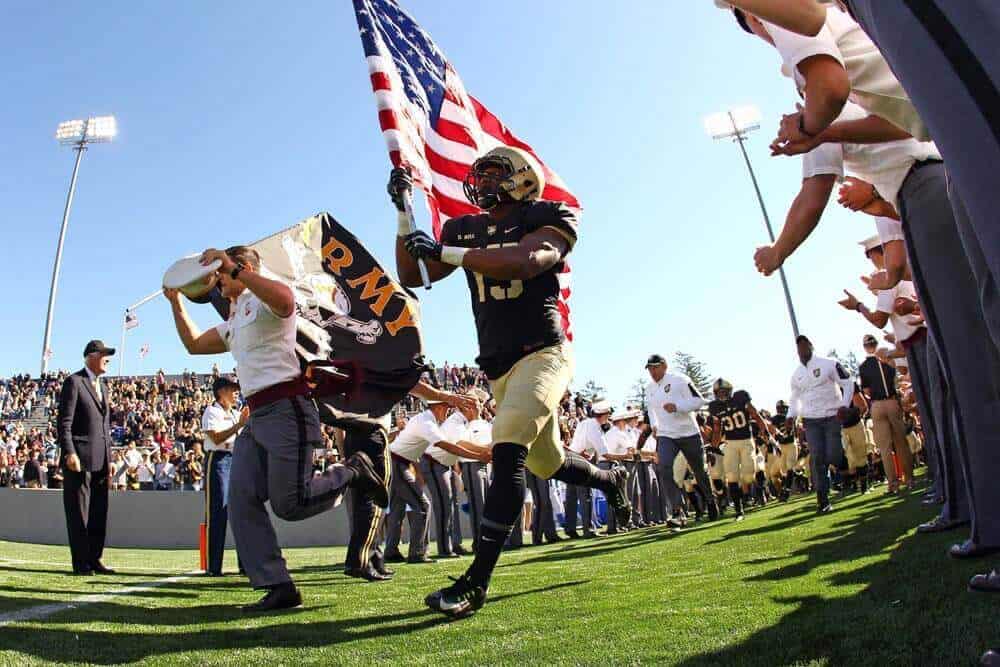 The Army Black Knights have added the Colgate Raiders to their 2022 football schedule, FBSchedules.com has learned.

Army will host Colgate at Michie Stadium in West Point, New York on Oct. 15, 2022. This game is an addition to the previously agreed upon contract that calls for the two teams to meet on Nov. 17, 2018, also in West Point.

Army and Colgate have met 29 times on the gridiron and the Black Knights lead the overall series 22-5-2.

The addition of Colgate gives Army eight opponents on their schedule for the 2022 season. Other opponents slated to visit Michie Stadium in 2022 include Dartmouth, Georgia State, and Air Force.

Army will travel in 2022 to Tennessee, Wake Forest, and UMass and will take on Navy in the annual Army-Navy Game at a site to be announced.

The Black Knights are set to open the 2017 season at home on Friday, Sept. 1 against the Fordham Rams.

What happened to the Hawaii at Army 2022 game?

Hawaii took it off of their site. Not sure what’s going on there.

Glad to see Army start to schedule a little more smartly…..no reason to play 4-5 body bag games when one doesn’t have too….

Colgate, for white and clean teeth