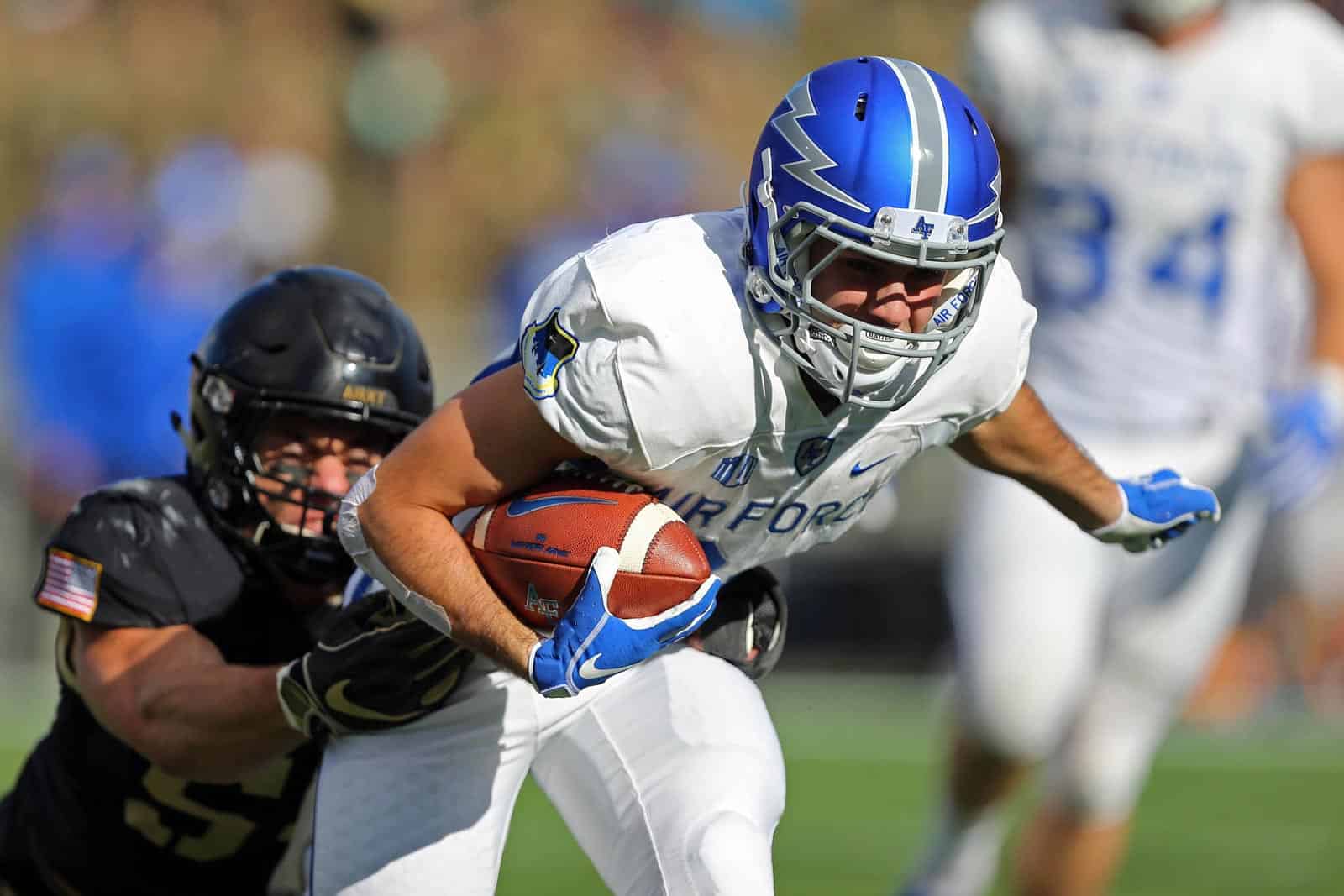 The Army Black Knights and the Air Force Falcons will play at Globe Life Field in Arlington, Texas, in 2021 and 2022, it was announced on Thursday.

“We are excited to announce the Commanders’ Classic series for 2021 & 2022”, said Army West Point Director of Athletics, Mike Buddie. “It is thrilling to have this opportunity to play one of our rival academies in the state of Texas, home to many military installations and service men and women. I’d like to thank Sean Decker and the entire Texas Rangers organization for providing this wonderful opportunity for our cadet-athletes and fans, and to Lockheed Martin for its tremendous support of the event.”

The 2021 contest will mark the first-ever college football game to be played at Globe Life Field, which is the home of Major League Baseball’s Texas Rangers.

“I am excited for our cadet-athletes and coaches to experience the new state-of-the-art venue at Globe Life Field,” Air Force Director of Athletics Nathan Pine said. “The opportunity to bring our service academy game to Texas is important for continuing to raise the profile and reach of Air Force Football. Texas is an important recruiting region for our program, and Academy, we also have a large number of active alumni and Airmen in the state. Thank you to the Texas Rangers, LST Marketing, and Lockheed Martin for the opportunity.”

Globe Life Field is owned by the City of Arlington and operated by the Texas Rangers. The stadium has a seating capacity of 40,300 for baseball.

“We are honored to have Air Force and Army play the inaugural football game at Globe Life Field,” said Texas Rangers Executive Vice President of Sports & Entertainment Sean Decker. “Honoring our military heroes is very important to the Texas Rangers, and we expect the environment and other activities surrounding this great matchup will make for a very exciting weekend in Arlington.

“I want to thank Lockheed Martin for its title sponsorship of the Commanders’ Classic. Lockheed Martin embodies our nation’s commitment to our Armed Forces, and it is the ideal relationship for this storied matchup. I also want to recognize the efforts of our partner LST Marketing for its assistance in making this event a reality.”

Army (8-2) and Air Force (3-2) are scheduled to play this Saturday, December 19 at 3:00pm ET at Michie Stadium in West Point, N.Y. The game will be televised by the CBS Sports Network (CBSSN).

Army and Air Force first met on the gridiron in 1959 and have played 54 contests overall. Air Force currently leads the all-time series, 37-16-1.

Saturday’s matchup will determine the winner of the Commander-in-Chief’s Trophy, which is awarded annually to the winner of the series between Army, Air Force, and Navy. Both Army and Air Force defeated Navy earlier this season, leaving this matchup as the deciding factor.

I live in Pearl River NY. Family has been going to games at West Point for over 30 years. This year we missed out on Oklahoma and obviously Air Force due to NYS covid rules. Air Force was always the big game in our season ticket package. Its going to be interesting what they do with the Air Force game in the future.

Reed: Four reasons for movement of the game from NY and Colorado: 1) Money, 2) Money, 3) Money and 4) Recruiting of football players since it is in Texas

I don’t have a problem moving the game to TX. Why it is being played in a baseball stadium is weird.