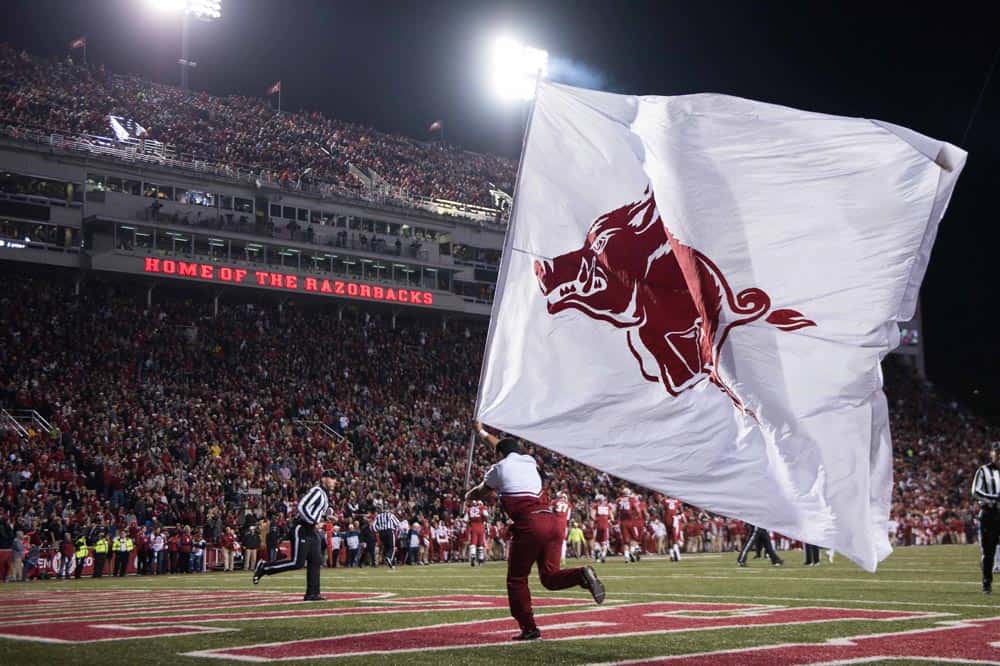 The Arkansas Razorbacks have added the Portland State Vikings to their 2019 football schedule, WholeHogSports has reported.

Arkansas will host Portland State on Aug. 31, 2019, either on campus in Fayetteville or at War Memorial Stadium in Little Rock.

WholeHogSports obtained a copy of the game contract via a public records request. However, financial terms of the matchup were redacted.

Portland State is a member of the Big Sky Conference in the FCS. The Vikings finished the 2016 season 3-8 overall and 2-6 in conference play.

Arkansas now has two non-conference games scheduled for the 2019 season. The Razorbacks are also slated to host Colorado State on Sept. 14.

Previously, Arkansas was set to open the 2019 season at home vs. Michigan. But the Wolverines backed out of that game plus the contest in Ann Arbor in order to schedule games against Notre Dame.

In SEC play in 2019, Arkansas is scheduled to host Auburn, Mississippi State, Missouri, and Texas A&M (at Arlington, TX) and travel to Alabama, LSU, Ole Miss, and Kentucky.

Not much Arkie could do here. Only P5 schools not playing another P5 school in ’19 and ’20 to get a home and home like they had scheduled with Michigan are Kansas and Illinois (If you include others that are playing BYU).

I think they should look at a possible date with Nebraska at Arrow Head stadium. This is an ideal neutral site.