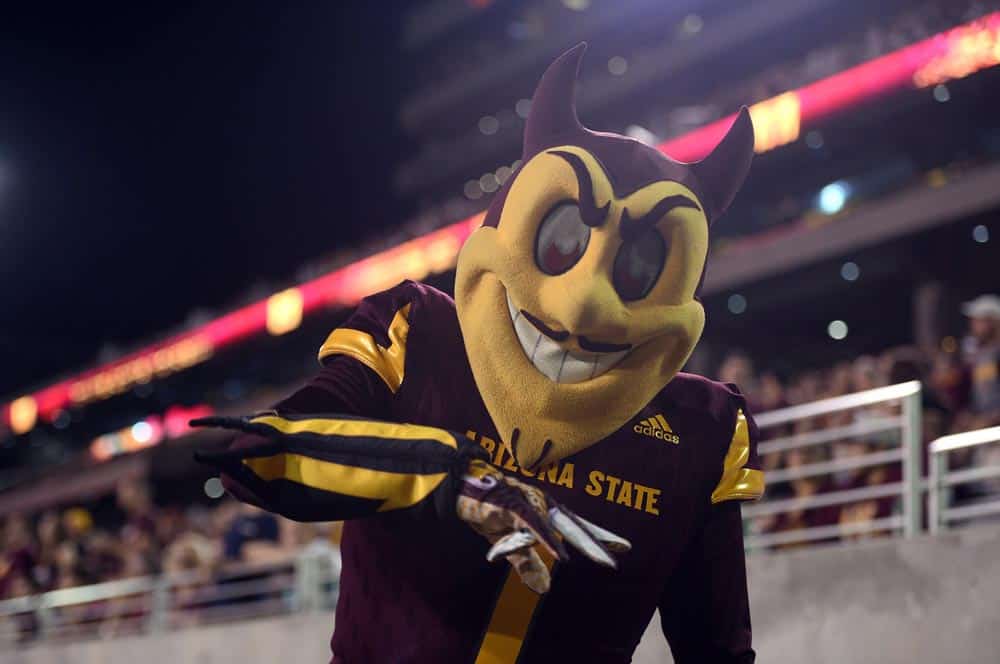 Arizona State will host the Eastern Michigan Eagles at Sun Devil Stadium in Tempe on Sept. 17, 2022. The game will be the first-ever meeting between the two schools.

The Sun Devils will open that same season at home against the Northern Arizona Lumberjacks on Sept. 3. The game could also be played on the preceding Thursday or Friday.

Arizona State, which already hosts Northern Arizona to open the 2020 season, has added two additional meetings with the in-state FCS school after 2022. The Lumberjacks will return to Tempe on Aug. 30, 2025 and again on Sept. 2, 2028.

The Wyoming Cowboys will make the trek to Tempe to open the 2024 season on Aug. 31. The Sun Devils lead the series with the Cowboys 9-6, but the two teams haven’t met since 1977.

Arizona State has also added the Hawaii Rainbow Warriors to their football schedule in 2026. The two teams are set to square off at Sun Devil Stadium on Sept. 19.

Earlier today, three other FBS schools officially announced future football games against Arizona State — UL Lafayette, Texas State, and Bowling Green. Those games, as well as the six mentioned above, are all listed below:

Arizona State has now tentatively completed their non-conference football schedule through the 2023 season. The Sun Devils need one additional game in 2024 and 2025, and are complete in 2026.

This could be the year we make a difference.