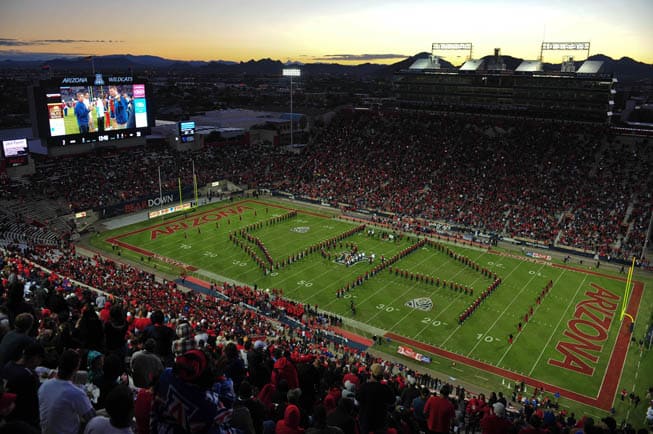 The Arizona Wildcats and the Houston Cougars have scheduled a home-and-home football series for 2017 and 2018, both schools announced today.

Arizona and Houston have met twice in their history with both games being played in Tucson. The series is tied at one game apiece.

“We are excited to announce our agreement with Arizona. Our department is committed to scheduling quality non-conference opponents and this type of matchup is one that rewards both our team and our fans,” said Houston Vice President for Intercollegiate Athletics Mack Rhoades. “Not only are these non-conference games exciting for our fans, but they are exciting for college football. Our plan is to continue to schedule home-and-home series with a number of high-profile teams in the future.”

Arizona now has two non-conference games scheduled in 2017 and three in 2018. The Wildcats are tentatively scheduled to face UTEP both seasons and host BYU in 2018.

The games against Arizona are the first announced non-conference games for Houston for both the 2017 and 2018 seasons.

I like this match up for a non conference game. UH Athletic Director is a UofA graduate so will be interesting…..