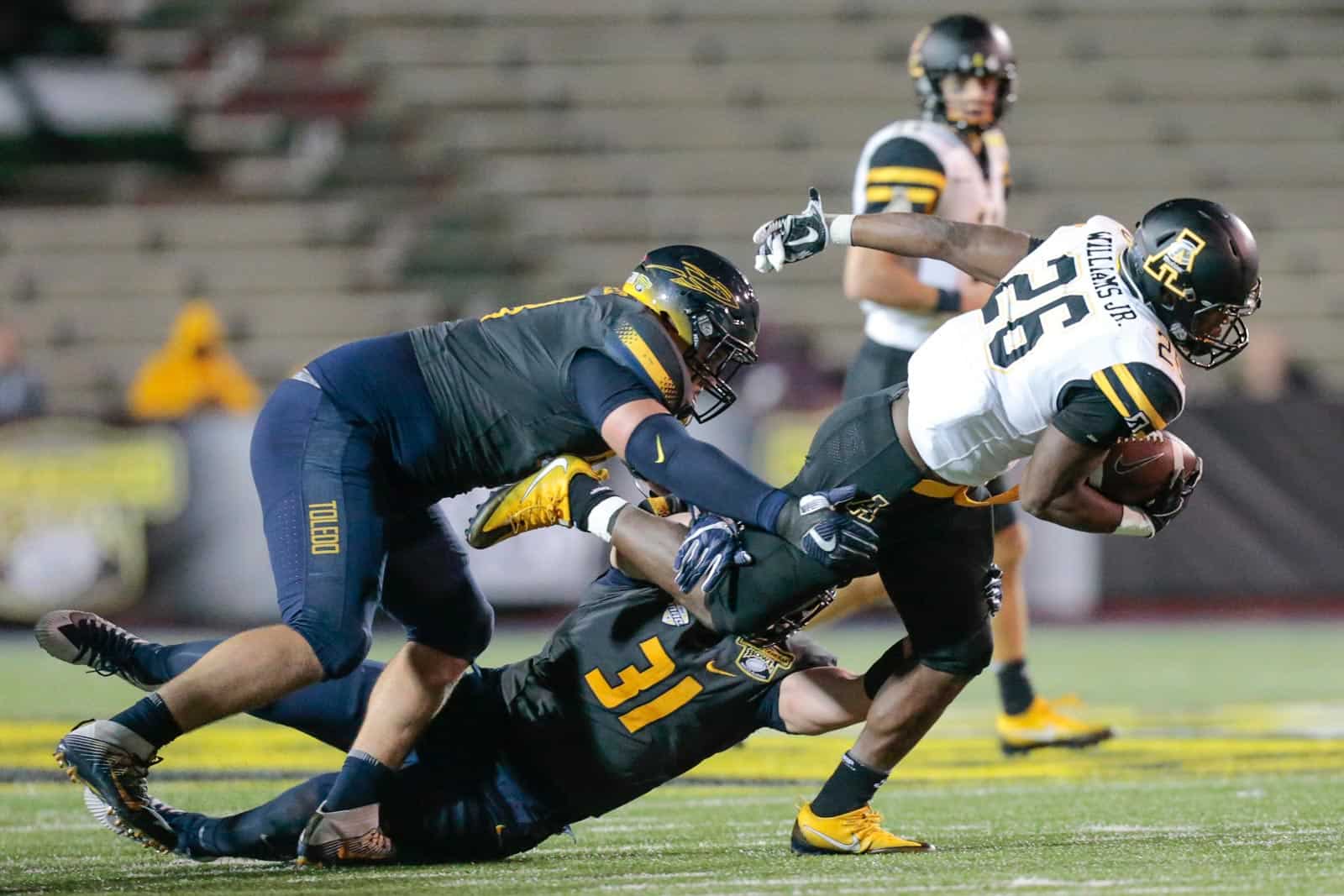 The Appalachian State Mountaineers and the Toledo Rockets have scheduled a home-and-home football series for the 2025 and 2028 seasons, it was announced on Tuesday.

In the first game of the series, Appalachian State will host Toledo at Kidd Brewer Stadium in Boone, N.C., on Saturday, Sept. 20, 2025. The two-game series will conclude with the Rockets hosting the Mountaineers at the Glass Bowl in Toledo, Ohio, on Saturday, Sept. 23, 2028.

Appalachian State and Toledo have only met twice on the gridiron and both meetings occurred in consecutive years in postseason bowl games. The Mountaineers defeated the Rockets in both contests, 31-28 in the 2016 Raycom Media Camellia Bowl in Montgomery, Ala., and 34-0 in the 2017 Dollar General Bowl in Mobile, Ala.

With the addition of Toledo, Appalachian State now has three announced non-conference opponents in 2025 and two in 2028. The 2025 season also includes games at the South Carolina Gamecocks (Sept. 6) and at the Liberty Flames (Oct. 11), while the 2028 season includes a home contest against the Charlotte 49ers (Sept. 16).

Toledo has now completed their 2025 non-conference slate with the addition of Appalachian State. The Rockets are scheduled to open the season at the Kentucky Wildcats on Aug. 30 before hosting back-to-back games against the WKU Hilltoppers on Sept. 6 and the Morgan State Bears on Sept. 13.

The Mountaineers are the third scheduled opponent for the Rockets in 2028, joining a home contest against the Kentucky Wildcats on Sept. 2 and a road trip to face the San Jose State Spartans on Sept. 9.