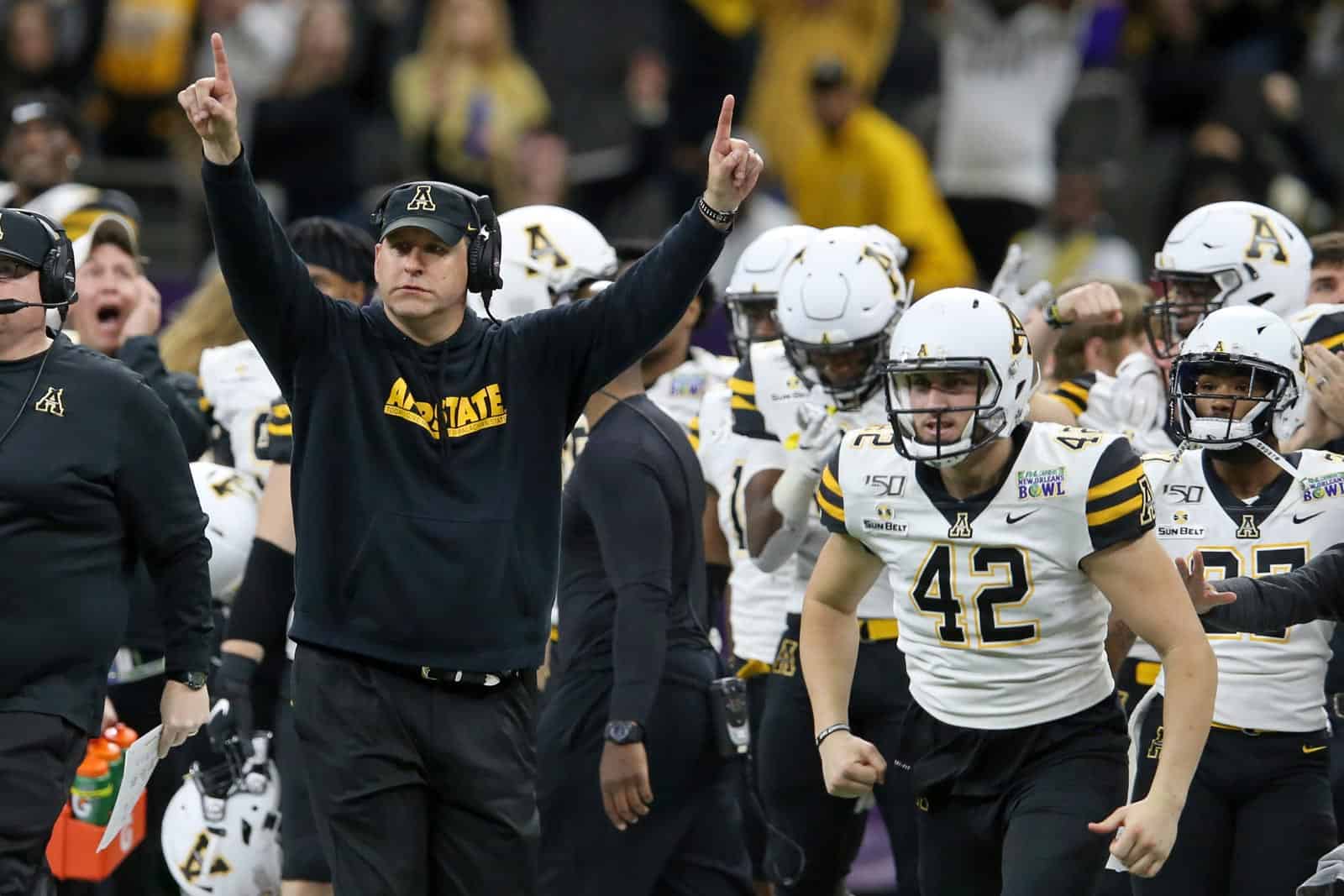 The Appalachian State Mountaineers and the Charlotte 49ers have scheduled a home-and-home football series for 2020 and 2030, both schools announced on Wednesday.

In the first game of the series, Appalachian State will host Charlotte at Kidd Brewer Stadium in Boone, N.C., on Sept. 12, 2020. The Mountaineers will return the trip to Charlotte at Jerry Richardson Stadium on a date to be determined in 2030.

“I would like to thank Mike Hill and his team for working with us to get this scheduled in what is a very fluid situation for all of us,” App State Director of Athletics Doug Gillin said. “This matchup makes sense for both schools.

“The safety, health and well-being of our student-athletes remains our priority, and we continue to follow guidance from health officials, university leadership and the Sun Belt Conference to provide the safest environment for the return of sports on our campus. We hope to safely welcome App State students, season ticket holders and visiting teams to Kidd Brewer Stadium this fall, following the latest public health protocols.”

The game against Charlotte replaces one of four canceled non-conference contests for App State in 2020. The Mountaineers had contests canceled against Morgan State, Wisconsin, Wake Forest, and UMass.

“We look forward to playing Charlotte on September 12,” App State head coach Shawn Clark said. “Our team wants to play. Our medical staff, coaching staff and administration have been working tirelessly to implement protocols that provide a safe environment for our players, and we will continue to put their health and safety first as we prepare for the 2020 season.”

In a previously announced agreement, Appalachian State and Charlotte are scheduled to meet in Boone in 2026 and 2028 and in Charlotte in 2027 and 2029.

“This game has been our number one scheduling priority,” said Charlotte 49ers Director of Athletics Mike Hill. “We have tremendous respect for App State’s football program and look forward to another great game against them. Without a doubt, we have our most exciting non-conference schedule in history.”

“We know the history of that program and what kind of team they have coming back,” said Charlotte 49ers head coach Will Healy. “Shawn Clark is a really, really good person and he does a great job. I know he’s going to keep them rolling.”

The 49ers had three of their non-conference contests canceled this season. Dropped from the 49ers’ schedule were games against Tennessee, Norfolk State, and Old Dominion.

Although I have been predicting the cancellation of football this fall, I hope this one gets played.