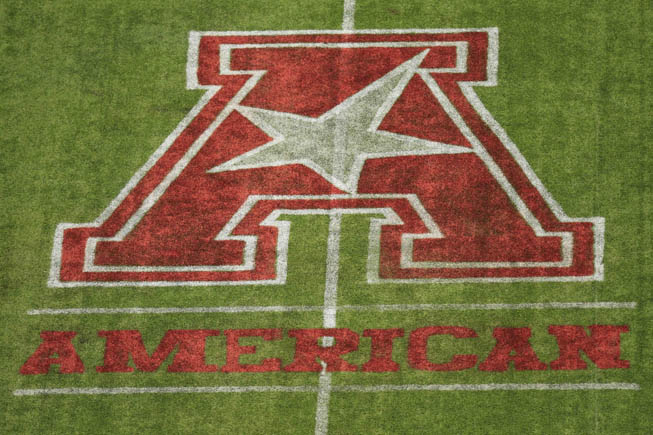 The American Athletic Conference has announced tie-ins with four post-season bowl games for a six-year cycle beginning after the 2014 season.

“We are proud to continue our successful partnership with the industry leader in sports television. ESPN has established some of the most attractive bowl games in the nation,” said Commissioner Mike Aresco. “These bowls allow us to play outstanding teams and they will also annually reward our student-athletes and coaches with memorable postseason experiences. Our fans will enjoy these great destinations and a national television audience will enjoy watching these compelling bowl games.”

The American bowl lineup will include the following:

Opponents for The American will be determined as follows:

The American Athletic Conference will also face an ACC team in the Military Bowl presented by Northrop Grumman. That tie-in was previously announced.

Rutgers and Louisville leave after this year – Tulane, ECU and Tulsa come in next year and Navy in 2015. Nothing close to what it originally could have been.

Look at Louisville and Rutgers now compared to the AAC……..

Just two and a half Bowl Games for the AAC through 2019.

Two fixed Bowl Games (St. Petersburg, Fla. and Birmingham, Ala.) and the Sheraton Hawaii Bowl (in odd years) and the Armed Forces Bowl (in even years) on a yearly rotation.

The MWC representative in the Hawaii Bowl could be Hawaii, if they become bowl eligible.

You must have missed the final line that said the AAC has a tie-in to the Military Bowl, so that is four games for sure every season for the next six, with likely more coming with the new games to be announced in the Bahamas, Boca Raton, and Miami. Boca Raton Bowl was announced today and the AAC will have a team in it four times during the six year contract.

As a WVU grad, I am glad we are out of the Big East/American Conference. What was once a very good conference, is now on the same level with Conference USA/MAC/SunBelt. We are in a rebuilding year and most likely will not go to a bowl, but I believe in the years to come we will be in the mix of the Conference 12 championship

Kansas State, Baylor, Oklahoma, Nebraska, Texas, Texas Tech, mmmmmm………. and you say your glad you left the Big East/American Conference? Can you beat UCF or East Carolina? I doubt it very seriously, but now all of a sudden you will see your program sink to the level of not making any bowls. Your program is not good enough to match up for a conference championship in the Big 12. Ask Indiana of the Big 10, its nice to say you are part of storied conference, but that’s about all you guys are going to get out of being a member of the Big 12. I guess you will want to join the SEC next and claim you are going to compete for a Championship while trying to put down the Big 12. Com on man!!!

Look at the American Athletic Conference now in 2015 and look at WVU….I’ll take the AAC over WVU any day!

I think the move to the Big 12 has been disasterous for West Virginia. Independence would have been preferable. Mountaineer fans have to travel to Texas, Oklahoma, and Kansas to see their team play and even the home games against marquis teams like against the Sooners and Longhorns have no juice because there is no tradition or local flavor. How many OU alums live in Morgantown? West Virginia has lost more rivalries than anyone else due to realignment. Penn State. Pitt. Virginia Tech. Syracuse. All gone. Replaced with Iowa State and T.C.U. Yech.

Would really like to see the AAC Champion and possibly the MWC Champion square off in a Bowl game. Back before the BCS system, there always seemed to be a bowl that would take two of the lower level conference champions and have a high quality game every season. Not sure we will ever see that again with all the prearranged agreements with bowl games now.

I’d like to see a 16 team playoff with the AAC, MWC, CUSA, Mid-AM, Sunbelt, Indep. champs playing each other to take 3 places and the major 5 conferences taking the other 13